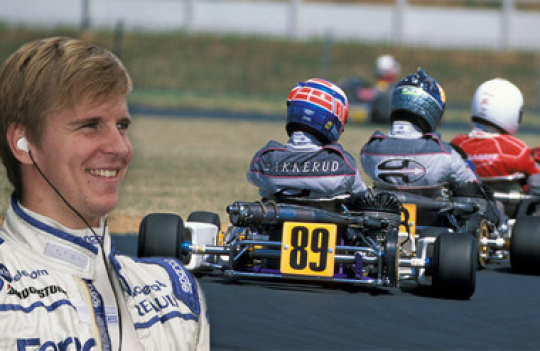 Christian Bakkerud’s talents as a racing Driver became apparent early in his career, when back in 2000 and 2001 he frequently diced with illustrious names such as Lewis Hamilton, Nico Rosberg and Robert Kubica in the Formula A and Super A classes. His best result came in the 2000 CIK-FIA World Cup for Formula A at Motegi (JPN) where he finished 4th.
(Source: DASU)


After his Karting years he progressed to Formula BMW, where he finished second in the rookie championship of the German series in 2002. Although Danish, he continued his racing for Carlin Motorsport in his adopted homeland, England, in 2005-06. This time in Formula 3, where he won a round of the prestigious British Championship in 2006, as well a scoring several podium finishes that year.
In 2007 and 2008 he became the first Danish Driver to compete in GP2, but a serious back injury put a premature end to it. After recovering he then continued his sporting career in DTM and Le Mans prototype cars, where he finished an impressive 9th overall in the Le Mans 24 Hours 2009 in a privately entered Audi R10.
In 2010 he returned once again to Le Mans, but after that race he decided to quit the sport. It was therefore a cruel twist of fate that he should succumb to severe head injuries after a road accident in London on Sunday, 11 September. He was only 26 years old. Christian was an immensely likeable person, who made friends wherever he went. Always ready to help young Drivers, he embodied all the best qualities in life.
In Denmark and elsewhere Christian Bakkerud was enormously popular within the racing community, and as a token of respect all Danish Drivers at the CIK-FIA World Cup in Sarno (ITA) this week will wear a black armband.