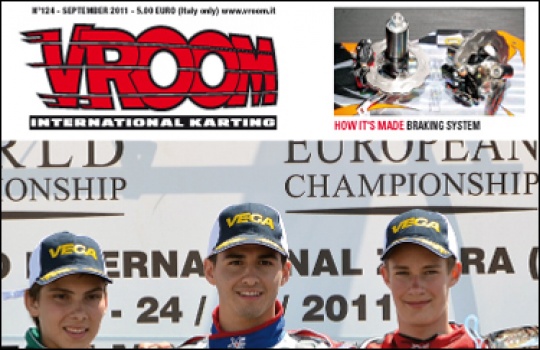 RACE REPORT –CIK-FIA World Championship Rnd.2
The International Circuit in Zuera, is stunned by an annoyingly incessant wind that hit the region of Aragon and by events concerning Nyck De Vries, which, for better or for worse did characterized this second World Championship event.

RACE REPORT – CIK-FIA European Championship KF2-KF3 Final
In this year’s event, as usual, the winner of the continental title in the KF cadet categories was not a foregone conclusion. Seeing who might win the European Championship is difficult indeed. And if, as happened at Zuera, a disciplinary measure is meted out after the track had sanctioned the deserving winner, then it is well-nigh impossible

TALKING TO – Sami Luka
After just missing the podium in the 2008 World Cup for KF2, 2007 KF2 Belgian Champion Sami Luka hits a flawless weekend in Zuera at the European KF2 Championship, also getting one back on bad luck.

TALKING TO – Drew Price
KART X has taken some time to speak to DPE and Arrow Racing Karts Managing Director Drew Price about where karting in Australia currently sits and how the sport can move forward.
Having been in the sport of karting for over 30 years, Price’s opinion is one of the most respected in the sport today.

RACE REPORT – Rotax Euro Challenge Rnd.3
A successful and eventful summer round 3 of the Euro Challenge in Denmark keeps the championship alive for the series decider in September.

RACE REPORT – Easykart European Series Rnd.2
The Final appointment for 2011 European Series Easykart at was held at Stary Kisielin circuit in Poland, after the first round was held in Italy at the beginning of the season. Thanks to the double appointment results, Italian drivers managed to grab as many as three titles out of four.

HOW IT’S MADE – Braking system
This time we are going to see how to make a braking system for a kart, specifically speaking a CRG: this is to show you how much hard work it needs to make sure that a racing vehicle …. slows down.

TECHNICAL SIDE – Time Area
How do you determine the size of ports in a 2-stroke engine? A simple formula can help us to see how without any problems…

NATIONAL RACES
We begin the National Race section with Finland, one of the most prolific championships in the world as far as producing Formula 1 drivers is concerned. Round 1 and 2 are in the books, and Finnish chassis manufacturer Ninar is dominating by and large. Poland is next in line with the event in Radom, as the Russian championship stops in Kursk for round 3. Double event in Portugal, with the National champs in Viana do Castelo and the Rotax Trophy at Vila Real and Braga. Over to the other side of the world, Australia Stars of Karting Series headed to Todd Road in Melbourne, as Singapore was heated up by the new SKC grid girls... 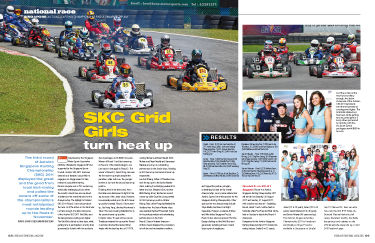