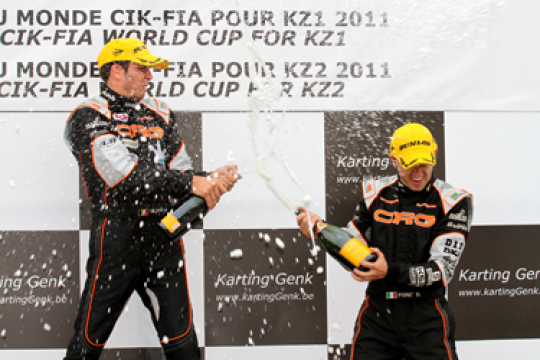 EXCELLENT THE THIRD PLACE OF DAVIDE FORE’ AND THE FIFTH OF ARNAUD KOZLISNKI. IN THE KZ2 WORLD CUP YARD, PEX AND FABIAN FEDERER GO ON THE PODIUM; TORSELLINI FROM 30TH TO 6TH. TILLOCA 9TH WITH THE KALI’-KART. IN KF1 FELICE TIENE ACHIEVES THE BEST RESULT FOR CRG-MAXTER WITH HIS SEVENTH PLACE

Genk (Belgium). Sought after with determination, pursued and, eventually, conquered. Now, after this KZ1 World Championship, Jonathan Thonon deserves the nickname ‘The Cannibal’ more than ever, because he is definitely the top driver of the top gearbox category, the KZ1, and CRG is the most winning constructor which keeps on providing the driver with an excellent chassis and a performing Maxter engine set up by the French ‘magician’ Patrick Savard.

THONON THRILLS THE ATTENDANCE IN KZ1. As usual, the Italian constructor reaps honours season after season in the World Championships, as it happened in Genk. Thonon is at his fourth world title, three in a row from 2007 to 2009, then this one on the track in his country: that is why, probably, this last success is the most beautiful, the most keenly felt of the four so far conquered. “Yes, because when you win overtaking with two more bends before the finishing line during the last lap – says Thonon once he has stepped down the podium-, it means that you are doing your best to get to the only goal you have in your mind: victory. It was such a strong emotion: I had never felt like that after a very tough race, fought inch by inch during all the 22 laps. I made out the finishing line, and I just flew on the track kerb. It was wonderful when I found out I was first at the chequered flag.”

Itwas the first time we saw Thonon’s eyes filling with tears before stepping onto  the podium to receive his deserved standing ovation: also his country fellowman and rival Yannick De Brabanderapplauded, even though few moments before we saw him crying while all his team members were trying to cheer him up after the title had slipped off his hands with only three hundred meters to go.
Thonon’s was brave enough to carry out the most daring overtaking of the season, but there is another CRG driver who could have deserved a greater tribute. We are talking of David Forè; after overtaking his teammate, he did not seize the right moment to overtake De Brabander too. So, the Italian driver did not oppose to Thonon’s comeback and, eventually, he settled for the third place.
CRG’s success in KZ1 was completed by Arnaud Kozlinski’s fifth place: he fought until the last inch of the race with his Maxter engine directly set up by the Italian constructor.

DOUBLE PODIUM FOR CRG IN THE KZ2 WORLD CUP.
Inthe cadet category world cup, the KZ2, after the undisputable superiority showed by the two CRG Italian drivers Mirko Torsellini and Fabian Federer, on Sunday morning the weather went crazy, with the sun and the rain that disrupted all was built during this long Belgian weekend.
Inthe last qualifying heat, Torsellini got bumped into at the first bend after the start, while in the other heat Federer raced with rain tyres whereashe should have used the slick ones because the track had dried up at that time. In a pre-final where he started from the back rows, Torsellini was once again victim of bad luck and he broke the gearbox after recovering up to the third place. On the other hand, Federer was slowed down by a spin after touching another kart. The final was made gripping by their recovery attempt: Federer managed to reach the podium, just behind his teammate Yard Pex of CRG Holland, starting from the 17th place, while Torsellini from the 30th place on the starting grid recovered up to the sixth place, achieving the fastest lap. Good result also for the Croatian Kristijan Habulin (fourth) with the CRG/KK1 team. Another good result is the one achieved by Luca Tilloca (9th) who made the new Kalì-Kart chassis produced by CRG run for the first time.

MORE STEP FORWARD IN KF1. In the third round of the KF1 World Championship, after the Saturday double podium with the second place of Jordon Lennox-Lamb and, then, with Lennox’s win in race-2 over his teammate Felice Tiene, - a win due to Nick De Vries’ disqualification -,the results of the Sunday double final were not as good. So, the competiveness expressed in the first part of the two races was very good, with the CRG-Maxter drivers always among the top drivers. In particular, Tiene was in the first positions, but then he had to be content with two seventh places. On the other hand, Laura Tillett placed 11th and 17th, while Lennox got a puncture in race 1 and was involved in a crash in race 2. 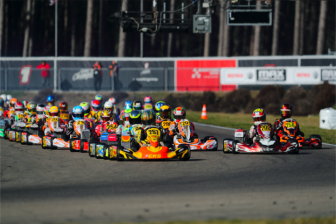 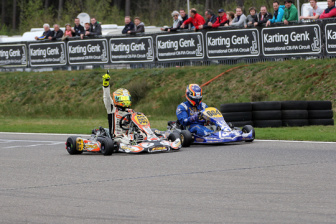 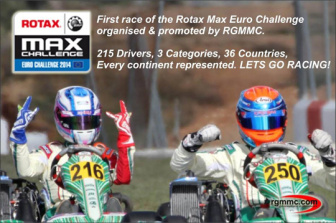 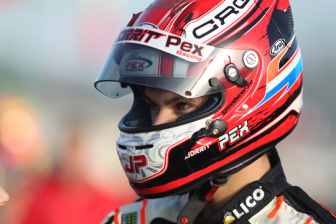 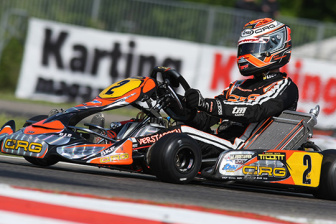 Viktor Gustavsson: «The two victories in a row show that ourhard work has paid off»

Top performance for Rehm at the WSK Champions Cup