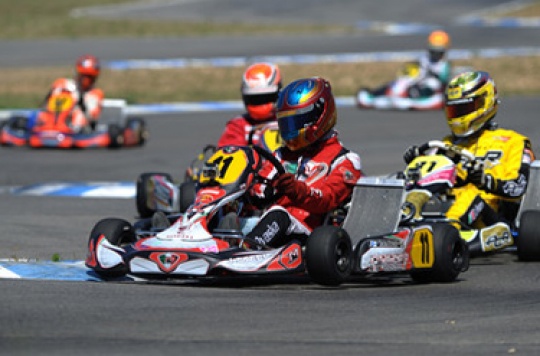 It is a new peculiarity of the regulations of the CIK-FIA “U18” World Championship that might hold some surprises: the winner of the Final of an event is not necessarily the person who has amassed the most points in it. In fact, given that the Championship consists of just three events and that an average or even disastrous result in the first leg could, right from the start, virtually destroy any chance for a driver to shine in the general classification, the system of awarding Championship points by event has been revised...

This explains why Matthew Graham (Zanardi), who won the Final but is lying as low as ninth at the end of qualifying (because he abandoned one of his three rounds due to a break in the mounting of the shoulder adjustment sleeve of his carburettor), is currently down in third place in the provisional Championship classification. He is, however, still just 6 points behind the leader. This provisional leader is the Finn Pyry Ovaska (Maranello), who was in second place after the rounds (which enabled him to rack up 20 points) and third in the Final (41 points). In the lead after the rounds (25 points), the Italian Simone Favaro (Parolin) was in somewhat less than sparkling form in the Final (6th, for 35 points) but did, nevertheless, leave Ortona in second position, one point behind Ovaska.

Although all the finalist drivers (with the exception of the non-starters and those who have been excluded) score points, only the first six in the consolation race receive a bonus (ranging from 6 points to 1 point). This is why, despite not having reached the "grand" final but having dominated their 28 other rivals in the B Final, the Italian Zemin (Righetti), the Spaniard Vinolo (Tecno), the Greek Vasileris (Zanardi), the Finn Mäntyla (Energy) and the Italians Bracotti (Tecno) and d'Abramo (Righetti) do feature among the beneficiaries of Ortona.

In the Academy Trophy the points are awarded to the finalists on the basis of each of their two races, which gives them the opportunity to "score" twice, as against just once for the first 12 in the consolation race. The winner of Race 2, the Frenchman Dorian Boccolacci, heads the provisional general classification by the narrow margin of 3 points ahead of the Monegasque Charles Leclerc; he is 8 ahead of the Greek Fillipos Kalesis, 9 ahead of Esteban Ocon, 13 ahead of the Briton Ben Barnicoat and 16 ahead of the Albanian Aleksandr Ndrio. To the Swede William Swärd, the consolation victory was worth 12 points. 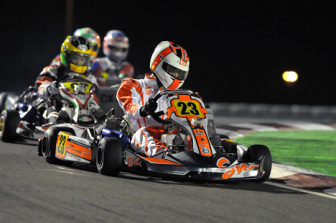 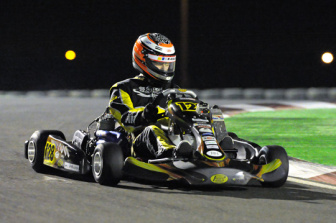 "U18" World Championship and Academy Trophy: final at Sarno

U18 World Success for Sodi at Essay

The "U18" World Championship and Academy Trophy land in Normandy, at Essay 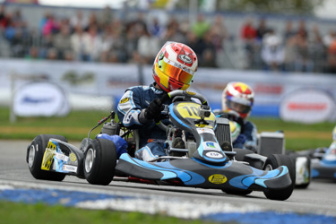