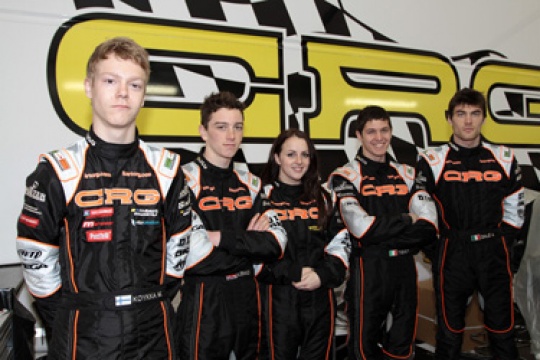 EVERYTHING IS READY FOR THE NEW KF1 WORLD CHAMPIONSHIP AND THE KZ1 AND KZ2 EUROPEAN CHAMPIONSHIPS IN ONE EVENT. CRG-MAXTER OFFICIAL TEAM FIELDS ITS CHAMPIONS IN ALL THE CATEGORIES.

The time for the great international events has come. The first round of the world and European CIK-FIA championships is due from 9th to 12th June on the challenging track of Wackersdorf, with a particularly rich schedule: the opening event of the new KF1 world championship and - in a single event - the KZ1 and KZ2 European championship.
In Wackersdorf, CRG-Maxter official team is present in full ranks. In the new KF1 category, Felice Tiene, Andrea Dalè, beside the Finnish Matias Koykka, the two English Jordon Lennox-Lamb and Laura Tillett will try to exalt the qualities of the CRG chassis and the performance of the Maxter engines. 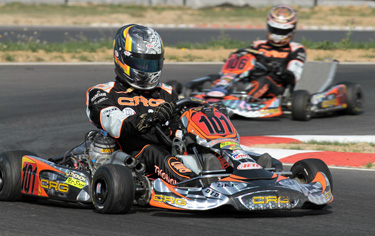 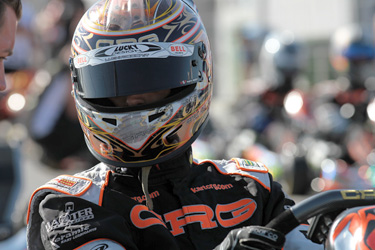 In the gear-shift category, CRG participates standing great chances after the exalting results achieved in these last few years. In the KZ1 European championship (with 42 entrants), the Italian constructor, after the gap year in 2010, is back to the game with the strong Belgian driver Jonathan  Thonon, who won three world titles between 2007 and 2009. By his side, in Wackersdorf, Thonon will have the French Arnaud Kozlinski, who runs with a Maxter engine set up directly by the Italian constructor, and Davide Forè, as determined as he has never been before to achieve a prestigious  result. Also the  young Dutch Jorrit Pex is taking part in the race with the colours of CRG Holland.

In the KZ2 European championship, with 111 entrants, CRG expects a lot from the young Mirko Torsellini, who has got promising results in this first part of the season, and also from Luca Tilloca and the Brazilian Felipe Fraga. In Germany, there will be also the debut with CRG colours of Christian Hostert from Luxembourg.
Also many private teams will compete with GRC colours: first of all the team CRG Holland, with a great number of drivers led by Yard Pex. Also KK1 team stands good chances, thanks to Kristian Habulin beside several Italian drivers such as Fabian Federer, Daniele Delli Compagni, Francesco Celenta and Alessandro Spenga.

In Wackersdorf, in the KZ1 and KZ2 categories, the CRG official team drivers will enjoy the technical assistance of Tec-Sav for their engines, with the exception of Felipe Fraga and Arnaud Kozlinsky; the latter has been carrying on a particular development of the engine set up directly by the parent company.

Here Kozlinski's expectations with few days to go before the beginning of the KZ1 European championship: “For sure we go to Germany standing more than a chance: we have already proved it in this first part of the season. It won’t be easy keeping the leadership, but in these last few months we have been working a lot both on the chassis and on the engine to achieve victory. Let’s hope we have found those two tenths of a second we still needed to be able to compete at top level. The track of Wackersdorf is not very suitable for the KZ1 and overtaking will be very hard. So, a good start after the qualifying sessions is crucial for the final phase. If I will manage to start in one of the first two rows, then I think I can expect a good result. If not, I think it’s gonna be very tough. Anyway, I’m confident: all the team supports me. For the company and for what CRG and Maxter mean in the history of international karting, I think it is very important to achieve a prestigious result and I’ll do my best to stay with the top drivers.”