The final verdict doesn’t leave much room for interpretations: once again, the Italian gang dominates the central region qualifiers to European KF2/KF3 Championship held at Val Vibrata. A whopping 38 drivers – 17 in KF2 and 21 in KF3 – will represent Italy in the two finals in Braga (P) for KF2 on 3 August, and in Varennes (F) for KF3 on 7 September.

Aniello Smarrazzo (FAKart/Vortex) took the honours – unfortunately worth nothing more than entry to the final event – in KF2, followed by Birel Karol Basz, and Tonykart Mirko Luciani. In KF3, an all-Italian trio – D’Agosto-Beretta-Ghirelli - dominates the finals and clinches the podium. With the big names all qualified, only Federico Miccoli missed qualification in KF2 after two good heats.

In the northern region qualification held in Goteborg (S), Sweden Joel Johansson on Energy, after taking the Viking Trophy KF2 title on 16th June, dominates the class with two straight victories, ahead of Dane Schilling (Zanardi/Parilla), and fellow countryman Wernersson (Tonykart/Vortex).  The Belgian duo Breny (Intrepid/Parilla) and Bailly (Tonykart/Vortex) missed the qualification with two finals below standard, while PDB team Viktor Oberg doesn’t even make it through to the final session. In KF3, Karttunen (Haase/VKR) has no rivals, but the big news is about the top drivers who fail the qualification. The two Maranello drivers Henri Rajala (FIN) and Maxim Zimin (RUS), with the latter that doesn’t go through the heats session; just like his two fellow countrymen Grigorenko (Tonykart/TM) and Strongonov (Gillard/XTR); Finn Petjoi (Sodi/TM), and American driver Menezes (Tonykart/Vortex). 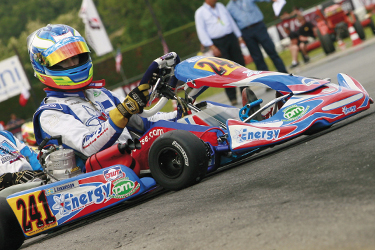 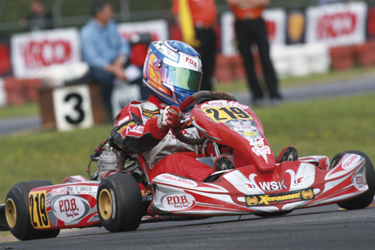 Overall, 144 drivers will take on the grids in KF2 and KF3, with the British bunch second only to the Italians, lining up 15 drivers. The Danish group follows with 14 drivers, and the Finn with 12. Spain and Sweden are better represented than last year, with 11 and 8 drivers. While Belgium and The Netherlands will only line up 4 drivers each, considerably fewer compared to 2007 (11 drivers).

Get full results on http://www.cikfia.com/