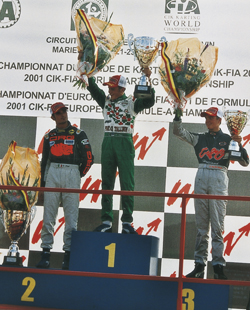 The Estonian talent will debut on track with the Traini-Pomozzi team in Vallelunga for a common test session in view of the opening race, scheduled for late April.

Marko Asmer: “I’m happy to get the chance to race with TP Formula in Euroseries 3000. It’s a competitive series and should complement my Formula One testing duties with BMW Sauber F1 Team well. At the moment we have agreed to do the first race and are working on a budget for the remainder of the season. It will be quite exciting to race a car that I haven’t even tested yet! I’m looking forward to getting behind the wheel.”

Gianluca Pomozzi (TP Formula): "I’m really pleased for the agreement reached with Marko, a very talented, professional and extremely motivated driver. We will start the season together in Vallelunga, then we will both work hard in order to find the means to collaborate till the end of the season. I thank him and his manager Harald Huysman for trusting TP Formula, sure that we can pay him back offering all the technical means necessary to perform at the top and thus supporting his brilliant career". 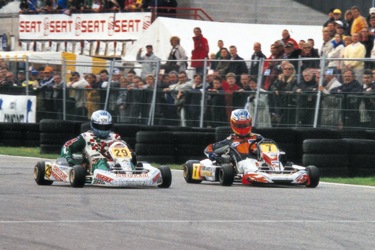