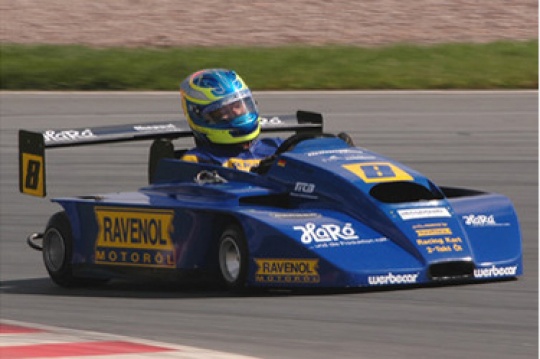 The 2011 edition of the CIK-FIA European Superkart Championship will open on 14 and 15 May on the circuit of the former French Formula One Grand Prix, at Magny-Cours. It will be the first stage of a European competition which comprises a total of three events, the other two being scheduled for the Czech Republic (Most, on 17 June) and the Netherlands (Assen, on 7 August).


46 Drivers are entered for the Magny-Cours event, and the entry list shows in particular an increase in the number of participants from Switzerland and Finland. Champion in 2007, 2009 and 2010, the Briton Gavin Bennett will be at it again at the wheel of his proven Anderson-DEA, with the firm ambition to conquer a fourth title. His 2010 rival, Damien Payart, will no longer be in the game since the Frenchman, ten-time French Champion and twice European Champion, has put an end to his Driver’s career. As a result, Bennett’s main opponent might well be the 2008 European Champion, the German Peter Elkmann, more especially as he has decided to adopt the same DEA engine type. As far as the chassis is concerned, the former Formula 3 Driver is renewing the trust he has placed in MS Kart.

Whereas from a historical viewpoint the Superkart category has often and long had to be content with almost single engines (Yamaha in the 1970’s, Rotax in the 80’s and 90’s), it is now the framework of a rather fierce competition between several makes which have the following common point: their names come from the initials of their designers. The youngest one – DEA (for Degli Esposti Andrea) – is Italian and has landed the last two titles with Bennett. Already well represented for at least one season by Cyril Vayssié (currently in the lead of the French Championship) and Daniel Hentschel, the Italian brand sees its 2011 representation reinforced by new customers, notably the Germans Elkmann and Jürgen Reinke, France’s Emmanuel Vinualès and the British Driver from Jersey, Malcolm Crowe.

Although the FPE (for Francis Payart Engineering), a reliable asset of the last decade, indeed loses its emblematic creator because of Damien Payart’s retirement, it will nonetheless continue to be used by Britain’s John Riley (European Champion in 2005) and Rob Chilcott, by the Finn Vesa Lehtinen (in constant progression since he started to race in Superkarts in 2008) and by the Frenchmen Antoine Lacoste and Alexandre Sébastia. FPE will also be able to count on a new first-rate recruit with Laurent Marchandise, an experienced KZ Driver whose maiden participation in Superkart – on this very circuit of Magny-Cours in November 2010 – resulted in his… victory!
The Dane Petersen has been successful as a Driver (twice World Champion) and as a chassis Manufacturer. He recently undertook the design and production of his own engines, the PVPs (Poul Vilhelm Petersen). The second generation of his engines has just seen the light of day and will be used in particular by Petersen in person, by the Swede Tony Ahlgren and by Denmark’s Henrik Lilja, another Competitor who has come from the KZ category.
Born from the will of Milan Simak (MS Kart) and Vladimír Vácha, the Czech engines of the make VM (for Vácha Motor) are the only ones which have adopted feeding by means of reeds. Several European podiums have already rewarded their good potential. This engine Manufacturer’s spearheads will be the Czech Adam Kout and the only lady Driver of the field, the Dutch Driver Priscilla Speelman. And the BRC (for Brian, Riley and Carter Will) of Canadian origin, already winner of a European round (Most 2009) thanks to Trevor Roberts will also be competing. This season, the Northern Irishman will be campaigning with the same engine and is joined in his Team by the Swede Stefan Malm.

At Magny-Cours the European Superkart Championship will share the bill with the FIA Formula 2 Championship and international Spanish GT and F3 Series. On the Drivers’ menu there will be two qualifying practice sessions on Saturday 14 May and two races of 50 km each on Sunday 15 May.

The results of practice and of the races will be broadcast in real time on www.cikfia.com 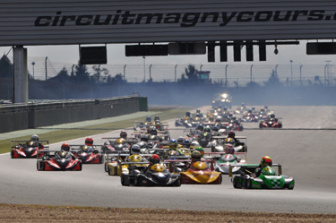 EURO SUPERKART : ROUND 2 AT MOST 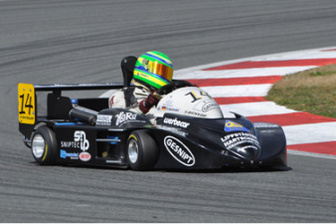 Wind Of Change Over The European Superkart Championship 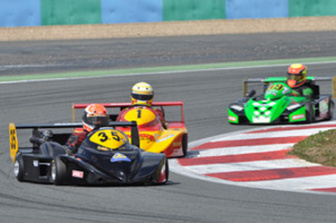 Victory And The Championship Lead For Vinuales