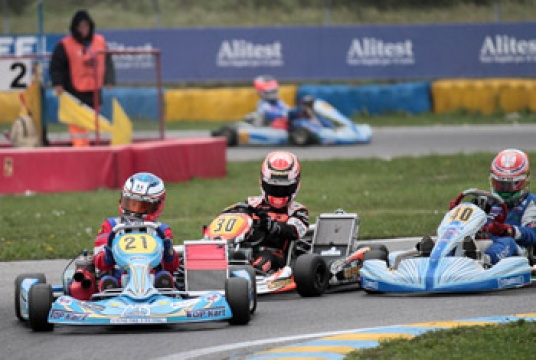 The race, due in one month’s time on the 7 Laghi Circuit of Castelletto, has already more than 180 entrants in the KZ2, KF3, kf2 and 60 Mini categories. The event has tv coverage on Nuvolari, Rai Sport and the main national networks

Parma, 20th February 2011. With still a month to go until the start of the 22nd Andrea Margutti Trophy, there are already more than 180 entrants for the important event due from 18th to 20th March 2011 on the 7 Laghi circuit of Castelletto di Branduzzo (Pavia - Italy).
The classical International race, instituted in memory of the young driver Andrea Margutti and part of the CIK-FIA schedule, is open to the participation of the KZ2, KF3, KF2 and 60 Mini, competing for the Junior Trophy.
Among this year’s major novelties there is an important tv coverage of the event under the direction of Aci Sport Italia. The event will be on the satellite and DTT channel Nuvolari, on Rai Sport and on the main national networks.
Andrea Bertolini, for the second year in a row, endorses the event. Bertolini, who is FIA GT world champion with Maserati and Ferrari test driver, with his presence will pay a tribute to the memory of Andrea Margutti who, by the way, was his teammate in karting at the end of the 80s.
Among the entrants – there are drivers coming from 22 different countries – the presence of Kevin Lavelli (Top Kart), winner of the last 40th “Trofeo delle Industrie” (in the picture), and of “Speedy” Antonio Fuoco, this year running with the colour of Comer, are outstanding. Also Esteban Ocon (FA Kart), who was last year’s runner-up, Slavco Ivanovic (Tony Kart) of Baby Race Team and the Russian Nikita Sitnikov (Birel) are expected to play a leading role.
Other important drivers confirmed their presence in KF2: the English Max Klinkby-Silver (Birel),the revelation of the recent Winter Cup last edition, Giuliano Niceta, KF3 world champion in 2009, and Loris Spinelli, winner in KF3 in last year’s Margutti Trophy – the last two drivers will be racing for Top Kart. Federico Savona will drive for Formula K. Another sure protagonist is Stefano Cucco (Birel) with the MGM team.
In the most powerful category, the KZ2, there are great expectations for the performance of the quick Danish driver Beitske Visser (Intrepid); she has been always among the best drivers in all the recent international meetings. Also the couple of drivers of Formula K, Antonio Piccioni and the Belgian Yannick De Brabander, stand a good chance, together with the Italian Luca Tilloca (Crg), a first timer of the event.
In the 60 Mini there are several protagonists ready to fight in this Junior category (for kids aged from 9 to 12). Above all, the Lorandi brothers, Leonardo and Alessio - the latter is the winner of the last edition – of Baby Race and both on Tony Karts; the Russian Alexander Zhirkov (Birel) and Robert Shwartzman (Tony Kart), the winner of last year’s CSAI National Trophy, besides Lorenzo Travisanutto who races with Energy. In 60 Mini there is also the young Hugo Hakkinen (Crg), son of the two-time F1 world champion Mika Hakkinen.
Entries are limited to a maximum of 72 drivers for KF2 and KF3, 51 for 60 Mini, 34 for KZ2. Entries close on 1st March 2011.
The race programme and the temporary list of entrants available on www.trofeomargutti.com 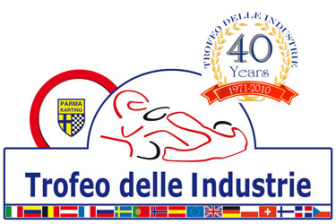 Entries open for the 40th Edition of the Trofeo delle Industrie