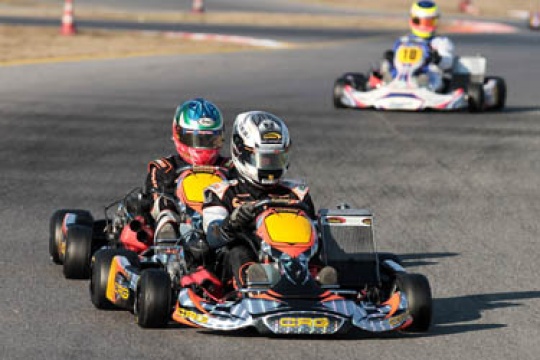 CRG is ready to achieve new records in international karting and to confirm its world leadership: its new team is going to play a leading role in the Winter Cup.

Left, Forè ahead of Torsellini during the recent tests of CRG Official Team in Lonato

Desenzano del Garda (Brescia - Italy). The 2011 international racing season begins and CRG is all set to be one of the protagonists of the world karting circus. After the successes achieved by the Italian Company on the tracks all around the world in 2010 , the CRG-Maxter Official team has found new motivations after setting up new technical solutions and a stronger team, thanks to the arrival of new and interesting young drivers.
As usual, the appointment with the first official meeting of the season is in Lonato with the Winter Cup, that once again has the honour to open the season (it is the 16th edition this year). Lots is expected from the Winter Cup, because it allows to get the first important indications on the potentialities of all the constructors and the teams, with a view to the forthcoming international championships.
In the appointment of Lonato, the KF reference category, the KF1, will not be racing. The KF1, this year, will be the category of the new CIK – FIA world championship; anyway, in Lonato there will be the other international categories – KZ2, KF2 and KF3 – with 260 drivers and all the élite of world karting. 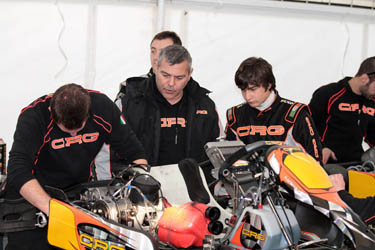 Technicians and drivers setting up the karts.

In this race, CRG deploys its new team which is almost complete in every category. In KZ2, where all the great names of international karting are, CRG-Maxter official team lines up its three top drivers: the champions Jonathan Thonon, Arnaud Kozlinski and Davide Forè, with the young Mirko Torsellini by their side, who performed quite well during the recent tests carried out right on the track of Lonato. The four drivers will continue their season always in KZ, with Thonon, Kozlinski and Forè in KZ1, whereas Torsellini will be the main driver in KZ2. 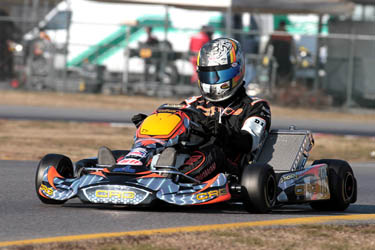 Thonon during the tests before the Winter Cup in Lonato.

In the junior category, the KF3, the standard-bearer of CRG will definitely be Max Verstappen, the new promise of International karting, son of the former F1 driver Jos Verstappen. He already won the WSK Euro Series, World Series and WSK Nations Cup last year at his debut.
In KF3 there will be two new drivers too: the other young Dutch Max Koebolt and the Chinese from Hong Kong Jacki Chan. 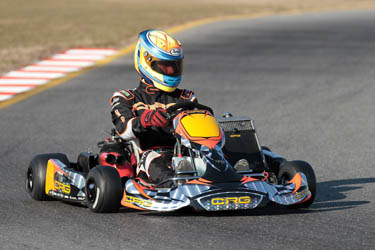 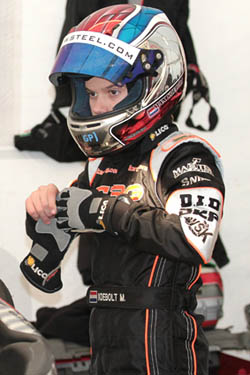 Left, Andrea Dalè, this year running again for CRG. In the Winter Cup he will be running in KF2,then he wil continue the season in KF1. Right, the young Dutch Max Koebolt in KF3.

In KF2 there will be Andrea Dalè – at his comeback - who will continue his season in KF1, then Denis Nikitchenko, recently arrived from Russia.
The 2011 CRG official team is completed by the protagonists who will participate in the KF1 season: Felice Tiene, the English Jordon Lennox-Lamb and Laura Tillett, and the Finnish Matias Köykkä.