Author: Vroomkart International
This month we have produced amazing content, interviewing championsof the future and of the past; testing tyres at La Conca; going throughthe phases of spark plugs; visiting a top Italian factory; carrying on with the history of chassis; going to the best international tracks to report on the latest racing events; giving you the best national events from around the world... what more can you ask? 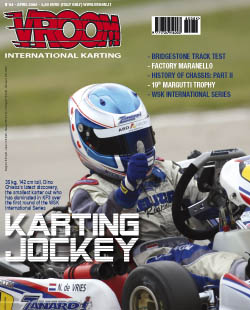 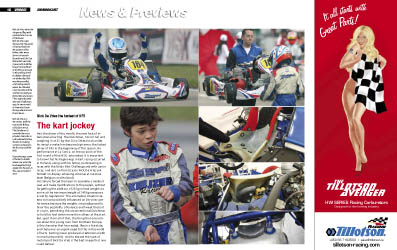 DRIVER OF THE MONTH – Nick De Vries
The new face of international karting. The young Dutch driver, 142 cm tall and weighing in at 32 kg that Dino Chiesa took under his wing to make him become big-time is the fastest pilot of the KF3 in the beginning of this season. 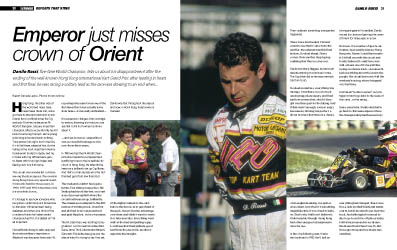 DEFEATS THAT STING – Danilo Rossi
Danilo Rossi, five-times world champion, tells us about his disappointment after the ending of the well-known Hong Kong International Kart Grand Prix: after leading in heats and first final, he was racing a solitary lead as the race was drawing to an end when... 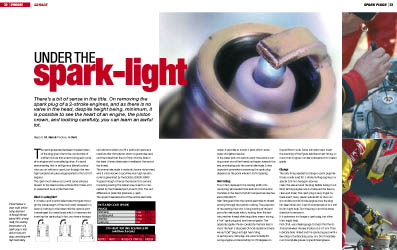 GARAGE – Spark plug
Some of you might not know that on removing the spark plug of a 2-stroke engines, and as there is no valve in the head, despite height being minimum, it is possible to see the heart of an engine, the piston crown, and looking carefully, you can learn an awful lot. 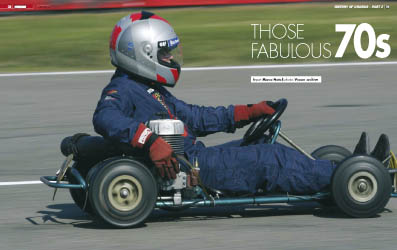 SPECIAL – History of chassis Part II
Those Fabulous 70s - We left the history of the 1964 chassis evolution, the time when a new layout had become popular. Tecno, in Bologna had a great idea to put the engine at the side of the driver, for the first time on their model “Piuma”. Others soon followed suit, one of them was Birel, on their model “Scoiattolo” (Squirrel). Chassis, and not only, the whole kart was taking up a new more modern shape for improved driving. 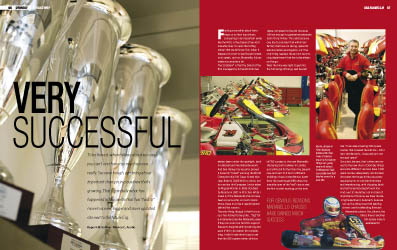 FACTORY - Maranello
When talking about success, you can’t ever have too much success really. Success though, can bring about important changes in a business that’s growing. That is precisely what has happened in Maranello that has “had to” move to a new, bigger and more updated site next to the future Crg. 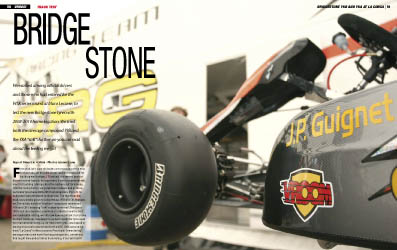 TRACK TEST - Bridgestone YKB and YKA
We walked among official drivers and those who had entered for the WSK series round at Muro Leccese, to test the new Bridgestone tyres with 2008-2010 homologation. We tried both the average compound YKB and the YKA “soft”: further on you can read about the feeling we got. 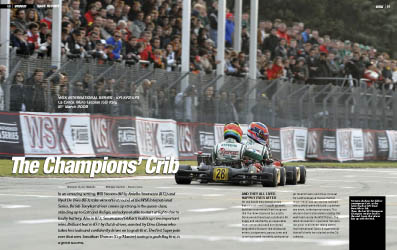 RACE REPORT
The international racing calendar is getting busier and busier. This month we have reports from WSK International Series Round 1, where Stevens (KF1), Smarazzo (KF2) and De Vries (KF3) take a spectacular win and Thonon grabs the first Superpole; the Margutti Trophy, the last to be held in Parma, which see Catt (KF1), Groman (KF2) and D’Agosto (KF3) taking the win that will stay in history books; and Middle East Karting Cup Round 2, with an unmatchable Kevin Reichard ‘conquering’ Dubai in Senior Max. 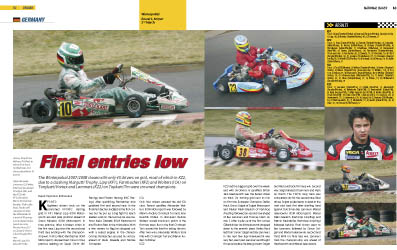 NATIONAL RACES
Winter test racing is over in Northern Europe, with the British KF Winter Series and German Winterpokal crowning their respective champions. In the meantime the Paulista Championship (Brazil) picks up where he left with a good turnout; lads in Argentina try their best to get over the cancellation of the Argentine championships; and South East Asia provides some spectacular racing with Thailand Superkart Championship, and Hong Kong Kart Club Championship.


COLUMNS – Mondokart, May racing calendars
Find out the latest news and previews from around the world. As of this month www.vroom.it speaks German. The launch of www.vroom.it/de/ is finalized, and a lot of new content in German is now available. Also, Crg American talents test in Lonato; Aussie Rochford joins Intrepid Force Rotax team; new Spanish single-make championship Open RACC gets underway; and some new technical terms for your own vocabulary. Plus, Vroom Australian correspondent Ian Salvestrin gives us his personal Independent view on KF engines, after dropping in at the last Winter Cup. And don't miss May national racing calendars, with over 30 events from 20 different countries


CARTOON – Push… over the limit
Tardy Braker risks a bit too much, but this time he has a hard time sneaking out…