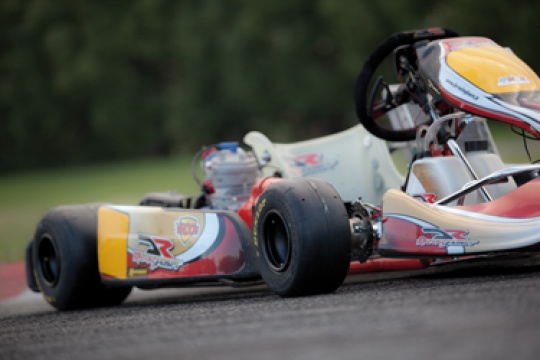 Tyre pressure is an important element when tuning your kart. But, how can you tell if the tyre pressure is wrong? We looked into the matter for you on circuit with the DR team.


In our study to see (and show) how practically speaking you get ideal set up for your kart, we certainly couldn’t overlook this very important parameter for a vehicle without 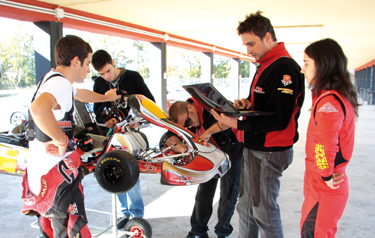 suspension like a kart: tyre pressure. This is however, no time to explain why tyres play such an important role for getting best performance. But it is for this very reason that we must try to get the best from them, independently whether it is a kart for an international event or for just a day out on the track, for a bit of fun.
To look into this issue we went to Valle del Liri circuit in Arce near Frosinone (I), together with the DR team, Danilo Rossi’s team. Their driver Vukan Vursurovic from Monte Negro and our Laura Chizzoni were there to help us with the test. We must add that the track of this circuit s very interesting with lots of braking points, but t also has a characteristic pf its own: here, it’s better to keep tyre pressure slightly higher than you would on other tracks. This is because the numerous straights allow the tyres to cool down a bit, more than on other circuits, and so also working pressure of the tyres tends to be slightly lower; so it is compensated for keeping it just that little bit higher when cold. 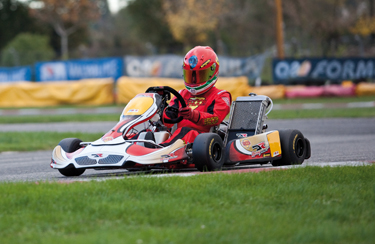 However, we went straight to the point: apart from the early reference laps, the ones needed to give confidence with the circuit and to make sure that everything was ok- and that allowed us to see that the track surface was already quite slippery from the start – we decided to go immediately to the extremes. However, a slow pressure we used 0.5 bar, while for the opposite extreme we got to 0.8 bar. This was with tyres that were relatively hard, that is, Dunlop DDH, which are usually used for KF3. The kart we used though was a “normal” DR-Iame for KF2.

SESSION 1
Pressure at 0.5 bar
With the pressure so low (don’t forget that the track hasn’t got half as much grip as it has on a hot summer day) Vukan has one or two problems at first to measure accurately, then you can see that he gets better and better.
«I got better with each lap – he says – while when I lapped with standard pressure (0.7 bar editor’s note) it almost immediately went well, but in the long run it got worse.»
We must underline that over the 8-lap session, the limit set for “conforming” the various laps on the track and not allow this parameter to have any influence on our test.

Laura’s opinion is much more drastic, this was also due to the fact that she drove much later on in the 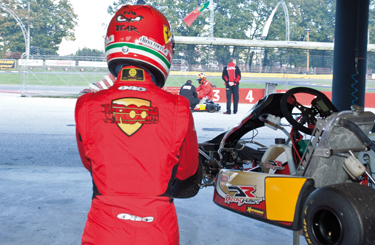 day, when the environmental temperature were much lower, worsening yield of tyres that had been pumped up at a lower pressure and whatsmore made with very soft compound.
«It was like driving on eggs! – was, in fact what she said – Already before there was a lot of skid, but like this it’s even worse. I find it difficult to warm up the tyres. If I had been driving in a heat of about ten laps, they would have started working at the end of the race…». We must add that for her way of driving, she’d like a more accurate fore-carriage, perhaps with the front bar mounted, but we forbid her to do so: not because we wanted to be wicked – we’d never do that, with her – but only because we didn’t want “polluting” the results with a different set up.
The different environmental conditions effected the tyre pressure that was measured when warm, after going back to the pit: with Vukan from 0.5the pressure went to barely 0.7 (say between 0.7and0.65 bar) while with Laura it only went to 0.6 ...