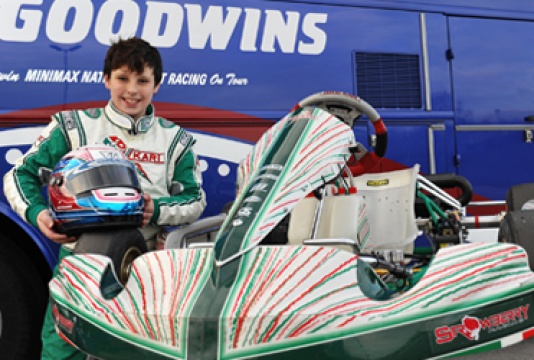 Jay Goodwin is making big plans for 2011, and rightly so. Off the back of his most successful karting campaign to-date, the highly-rated young Sale-based speed demon is gearing up to shift things up a notch by signing to compete for one of the leading teams in the sport as he graduates to the next level.

Jay concluded 2010 by placing an excellent sixth in the country in the Mini Max class of the Lewis Hamilton and Bernie Ecclestone-backed Formula Kart Stars (FKS) Championship, and as he bids now to really accelerate his burgeoning career into the fast lane, the Ashton-upon-Mersey hotshot has agreed terms to join Strawberry Racing, one of the most esteemed outfits in the karting paddock at Rotax level.

With a pedigree that is beyond question – witness title triumphs for the Warwick Ringham-led operation in both FKS and fellow national series Super 1 this year – Jay is palpably champing at the bit to get out on-track in his new livery, and confident indeed about what he can achieve with Strawberry as he prepares to step up to the more powerful Junior Max category.


“They are just such a professional team,” he enthused, “so serious and yet so chilled at the same time. Everyone there works together brilliantly, and I get on really well with Warwick. Strawberry have an excellent record of success in karting – they’re the best team in both Britain and Europe for Rotax, as their results have shown – and I think I can learn a lot from their experience. They’re just on another level to every other team, and I think I’m going to have a lot of fun working with them.”

That fun will involve a busy schedule of Super 1, potentially FKS and Jay’s international debut in the hotly-contested Euro Rotax Challenge, which in 2010 visited Spain, France, Germany, Austria and Belgium. Clearly excited by the prospect – particularly after competing on foreign shores at Genk in Belgium in FKS – the North Cestrian Grammar School pupil will be pitting himself against hitherto unencountered adversaries of a very high calibre indeed.

He will need to rapidly accustom himself to a different driving style and different tyres, too, but he has the advantage of having age on his side at only 13 still, meaning he has more time to learn – and with a keen intelligence that belies his tender years, learn he will indubitably will.

“After racing at Genk, I think I’m really going to enjoy Europe,” confessed the Matrix-backed ace. “The tracks look brilliant, and obviously it will be tough with a lot of very good Junior Max drivers out there that I’ve never raced against before including the current world champion – but I’m just looking forward to seeing how I compare against them all.

“I’ve tested Junior Max a few times now, and because of my weight it suits my driving style better than Mini Max did. It requires quite a bit more force, and you have to brake a bit earlier because you’re going that much faster – in Junior Max you reach the top speed you’ve been used to in Mini Max quicker, and then it hits another power band and climbs again – but you soon get used to it.

“I’ve picked up a lot of racecraft in Mini Max, and whilst Junior Max has a reputation for being a particularly physical and aggressive class, I think people know I won’t stand for being pushed around.

“I’m sure I’ll find it hard to begin with, but to get on the podium in Euro Max and Super 1 by the end of the year would be out-of-this-world. I’m hoping to finish inside the top five or ten overall in 2011 – and then to really go for it in 2012. With Strawberry behind me, anything is possible.”


The pictures are all courtesy of Chris Walker/www.kartpix.net 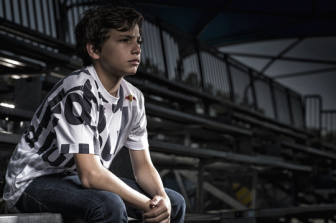 Baiz interrupts his collaboration with Birel 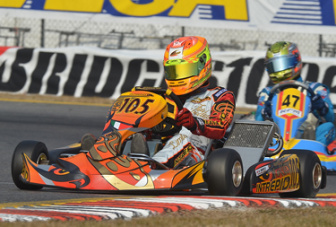 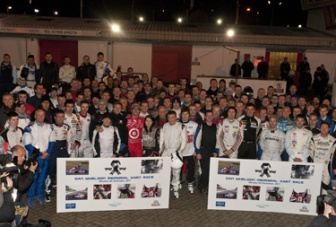 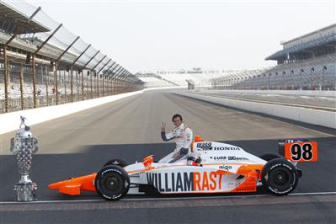 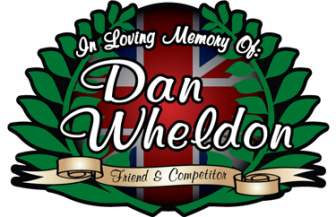