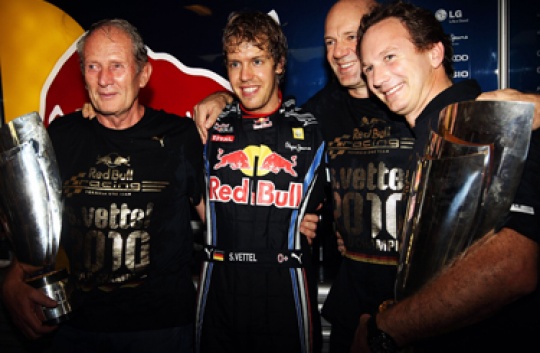 In late 2008 we published an interview to Peter Kaiser, Michael Schumacher’s long time collaborator and Sebastian Vettel’s mentor in his karting days, and the title was just the same. Obviously we could not foresee that the young German driver would go from winning his first F1 GP in Monza to becoming the youngest F1 World Champion in history in the span of two years. But today the title of that article published in Vroom October 2008 issue seems more appropriate than ever...
Report S.Murtas / Photos: GEPA Pictures, Vroom Archive


Here is what Peter Kaiser had to say about Sebastian Vettel back in 2008, right after his win at the Italian F1 Grand prix that made him the youngest driver to win a GP in the history of F1. 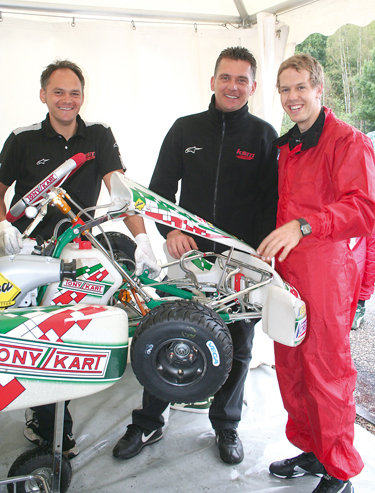 “Sebastian is a normal very well-mannered person – Peter tells us -, the core of his passion/profession has always been humbleness. It’s not very surprising for me today to see him, although still very young, gain such success in motor sport. I have always thought that he stood a good chance of getting to Formula 1.”

Sebastian’s history well explains Peter’s statement. In 1995, his father buys him his first Minikart and that’s when he sees his son’s talent: he encourages him, also with Gerhard Noack’s support, who has eyes for driving talent. Not long after Noack tells Kaiser about this young skilled driver, and Kaiser takes him on as part of his team, which was then KSN, giving him a Tonykart/Vortex to drive.

“What was nice about Sebastian was that he worked with a chassis and two engines. That was the material available for him, and he had to get the most out of what he had - remembers Peter -. I like remembering this aspect because it can be a lesson to new drivers that all too soon start complaining about their material, without ever thinking that often the fault lies in the driver not the material. Sebastian was different. He has never talked about changing make or team (hear, hear new-comers!) because despite being very young, he was aware that he had to work on himself to improve. It has always been very important for Vettel to work on his driving style, improve his set up… He wanted to win with the material he had!”

And that’s just what he has done. Always on Vortex powered Tonykart, in 2001 Sebastian achieves important success, he gains the JICA European Championship, the German Junior Championship and the Monaco Kart Cup.

>> Anyone can see Sebastian 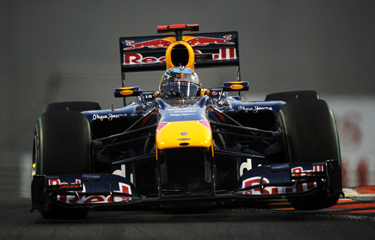 Vettel’s qualities. However, Peter underlines one in particular.
“Sebastian works very hard. He’s never stopped learning, always trying to improve. This is good. When a driver thinks that he’s got nothing else to learn, he loses all hopes of achieving success, or staying at the top. Sebastian knows this, and even now in Formula 1, he does his best to learn, work on himself and his vehicle. There are lots of good drivers who have what it takes to be successful, but they think that they’ve “made it” at their first success, thinking that they’ve learnt what there is to know technical and racing wise, and if something goes wrong after, they blame it on the vehicle or team. In the long run, this can only work against them.”

>> But, where did Sebastian get this attitude?
“He hasn’t learnt it from anyone, it’s a talent. This is his approach to racing; he knows that if he wants to stay in F1 he must always work hard. He’s constantly looking to improve his quality as a driver first – because maybe if you aren’t fast it may depend on the way you tackle a corner and not directly on the vehicle! – and his ability as tester, because if you haven’t got a competitive vehicle you can’t win. He’s always admired Michael (Schumacher), his idol. Even if it was evident from the start, Michael and I have always been curious to see how far Sebastian would get. Obviously, it was impossible to know for sure, 10 years ago, that he would have made it to Formula 1, but we knew from the start he had talent.”

>>  Would you ever have believed that he would have stayed in professional karting for just three years?
“To tell the truth, no I didn’t. The year after he took European Junior Championship title (2001), after just having ended the European ICA Championship sixth, Red Bull, who had put him in its development programme for young  drivers already in 1998, offered him to carry out tests in single-seaters. He did very well.  Red Bull thought that he was ready, and in 2003 he took part in the Formula BMW Germany championship. Carrying out test in a single seater is a chance that one doesn’t get every day, so, thinking back, it was the right decision for Sebastian. Even if I, like Michael, think it is better not to go on to cars too soon. I think that about five years in top karting teaches you a lot, and it is important to set the basics for you to build your future on. However, for  Sebastian it was different… He’s an exception.”

Sebastian doesn’t waste time: he takes second in Formula BMW Germany in 2003 and takes the title in 2004, winning 18 out of 20 races getting 20 pole positions. Then he moves on to Formula 3 Euro Series, where he grabs fifth in 2005 and second in 2006. In 2007, he takes a giant step, taking over from Kubica, injured in an accident, for the American Formula 1 Gran Prix for BMW Sauber. Eighth over the finishing line gives him one World Championship point, making him the youngest F1 driver ever to score points. The rest is recent history, in 2008, Gerhard Berger wants him as Toro Rosso’s official driver.

After Vettel’s win in Monza, in Germany the joy is overwhelming. He is compared to Michael Schumacher, he hits 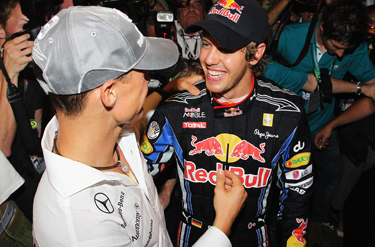 the headlines, but Peter is cool.
“It’s not right to make comparisons. There are too many differences to be able to say if Sebastian is going to be so successful and repeat Schumacher’s career. If I could base my opinion on personal characteristics, I wouldn’t hesitate one bit and say that he’s going to have a long, successful career. Unfortunately, there are lots of things that can go wrong: obviously one has to be in the right team at the right time to be able to win. Then, becoming World Champion seven times, well, that’s another thing!”

Something that Peter is more sure about, is the excitement that Vettel’s win will stir in Germany, in karting too.
“Not long ago, I was talking to Michael about this. We both hope that this will happen, a bit like it did when Michael won in Formula 1 in the 90s. Sebastian’s success would be very important for German motorsport as a whole.”

>> Is there a particular episode concerning Sebastian that you remember from his karting days?
“Sebastian has always been a very nice lad. One thing that comes to mind is back in 1996/97, I can’t remember exactly, anyway, it was in Parma, Sebastian was very young, he asked me if he could go and have a look inside Tonykart tent. I asked Roberto Robazzi if it was possible, telling him that I had a young lad who was particularly interested. The result was that Sebastian spent two days with Davide Forè and his mechanic, Simone, helping them to clean the kart. Over that weekend, Sebastian was the mascot for Tony, they all loved him.”