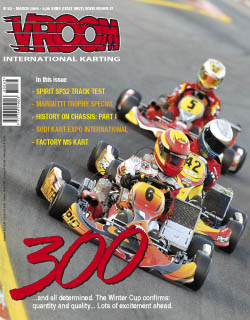 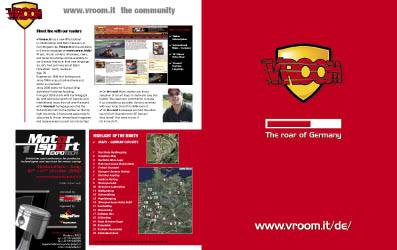 WWW.VROOM.IT/DE/
Vroom.it has a younger brother! In collaboration with Björn Niemann of Kart-Magazin.de, Vroom.it will be available in German on www.vroom.it/de/
At long last, all contents of Vroom, interviews, news, and technical articles will be available to our German friends in their own language. 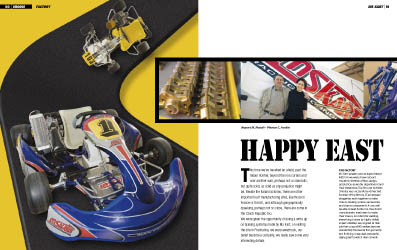 FACTORY – MS Kart
This time we’ve travelled far afield, past the Italian frontier, beyond the iron curtain and over another wall, perhaps not so dramatic, but quite solid, as solid as any prejudice might be. Beside the Italian factories, there are other important kart manufacturing sites, like those in France or the UK, and although geographically speaking, perhaps not so close, there are some in the Czech Republic too.  We were given the opportunity of doing a write up on Ms Kart, and visit their site in Prachatice. 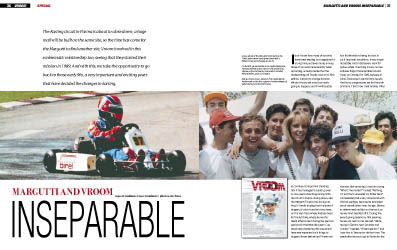 SPECIAL - Margutti and Vroom inseparable Part I
The Karting circuit in Parma is about to close down, a huge mall will be built on the same site, so the time has come for the Margutti to move. Vroom is involved in this emblematic relationship too, seeing that both started their mission in 1989. So, we take the opportunity to go back to those early 90s, very important and exciting years that have decided lots of changes in karting. 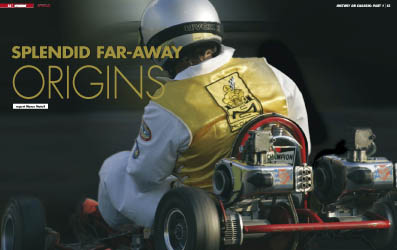 SPECIAL – History of chassis Part I
On the 50th anniversary since the birth of karting in 2006, Vroom published a series of articles that go through this incredible adventure. We did our best to make up a difficult jigsaw of 50 years of karting history. However some pieces on the evolution of chassis were missing, so today we try to complete the jigsaw and give you the origins and evolution of chassis in two articles, the second of which will be published in the next issue. These last two chapters are fundamental to understand fully the new developments in chassis manufacturing that Vroom will be featuring in the near future. 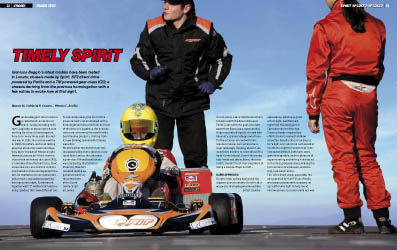 TRACK TEST - Spirit SP32 KF2 - SP32 KZ2
Gianluca Beggio’s latest models have been tested in Lonato: chassis made by Spirit, KF2 direct drive powered by Parilla and a TM powered gear-class KZ2; a  chassis deriving from the previous homologation with a few extras to evoke love at first sight. 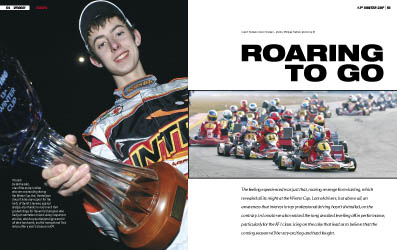 RACE REPORT - Winter Cup
Roaring to go. The feeling was just that, roaring revenge from karting, which revealed all its strength at the Winter Cup. Lots of drivers, but most of all, an awareness that interest in top professional driving hasn’t dwindled, on the contrary. In Lonato we also saw the long awaited levelling off in performance, particularly for the KF1 class. Icing on the cake that leads us to believe that we are in for a very exciting and hard fought season. 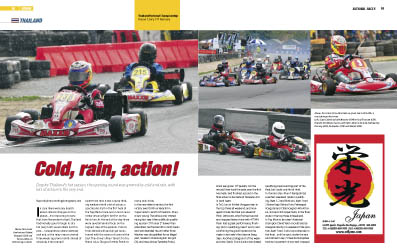 NATIONAL RACES
The racing season has begun all around the world, with the last European winter tests carried out in England and Germany at the Winter Series and the Winterpokal; the Florida Winter Tour, in the USA, at its final stages; the important Championship of Catalonia in Spain; the fantastic CIK Trophy of New Zealand; a rainy Thailand National Championship kick-off; and Round 4 of the Caffe Oasis Championship in Malta. 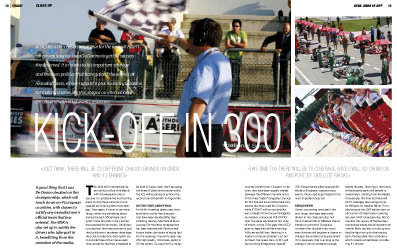 CLOSE UP - WSK 2008 kicks off
WSK, 2008 is the consecration year for the series. It hasn’t taken very long for Luca De Donno Luca De Donno to get the success the deserved. It is thanks to his important strategy and business policies that have gained him the manufacturers’ respect and, whose support is practically a guarantee for making a series like this, staged on international circuits and with titled events, a success. 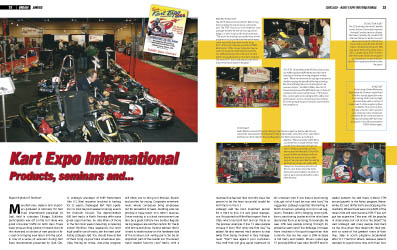 
COLUMNS – Mondokart, 2008 racing calendars
Latest world news on Mondokart. Exclusively Vroom is invited by the Czech Automobile Sports Press to award the best Czech drivers of the year. News from Birel and Kosmic official racing teams, the Bridgestone Cup 2008, new products, titbits from the UK, a close-up on J3 Competition from the USA, and preview of Formula BMW Europe. Updated 2008 CIK calendar, and April national racing calendars from around the world.


CARTOON – Preparing or Repairing?
This time Tardy Braker has to face his tuner Witchdoctor’s anger, after destroying another brand new kart…