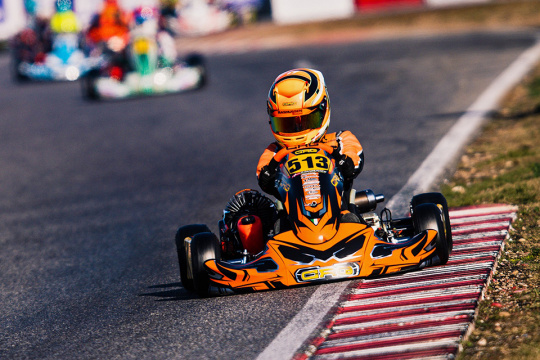 Author: Vroomkart International
The new Tillotson FM-18 carburetor is making waves, so much so that the ASN, seeing the impossibility of finding it on the market, has temporarily suspended its use until Jan. 31, 2023, to bring everyone up to par. What is behind this huge success? (p.m.)
As you well know, we have already dealt with the burning carburetor issue of the 60 Minikart on several occasions, and on several occasions, Vroom has always advocated for the adoption of diaphragm carburetors in this category. Easier to tune and more formative for drivers. Premise aside let us go into what is happening on the eve of the 2023 season.

Once it was decided to use the float carburetor for the 60 Minikart, it was obvious that someone, sooner or later, would jump into this market by proposing a more modern and effective product than the one that has dominated, unchallenged, the 60 Mini market to date. Tillotson has produced a carburetor with a centered diffuser, unlike the Dell'Orto PHBG which has an off-center Venturi: this solution allows a better flow at full throttle opening (in karting, especially in 60, you are always wide open...) and a very noticeable fluid dynamic advantage. From the first tests at Lonato in early 2023, the chronometric difference between a Tillotson and a Dell'Orto is about 3/10ths of a second. After all, the PHBG is a carburetor born more than 40 years ago for mopeds and, in 40 years, a lot of gasoline has flowed under the bridge - gas instead of water, in our case: it was clear that with a more focused study and taking advantage of modern technologies such as flow test benches, it would not have been difficult to do better than an obviously dated product. As was to be expected in the category where there is the most demand for novelty (and where dads are willing to do anything to give that half-tenth to their champion) a quick sale of the first production stock was to be expected. Then the difference between the two carburetors burst the bubble. The federation thus intervened by blocking the possibility of using Tillotson carburetors until January 31, by which time the second production stock should be ready to keep everyone happy. Of course, there will be work to be done on calibrations, on tuning as it has been seen that you don't always mount the carburetor and slash 3/10ths of a second on lap times. Some drivers complained of difficulties, some struggled to find their pace, but that was to be expected in the early periods of use. Meanwhile, we thought it appropriate to put some questions to Keith McCloughry of Tillotson about the FM18 carburetor.

ASN has suspended the use of the Tillotson FM18 carburetor until January 31, 2023, because it is difficult to find on the market, preventing all teams from having it. Is it true or false that there are few carburetors on the market?
«The short time between the homologation inspection and the first race combined with a large order flow for this new FM18 has indeed generated some difficulty in fulfilling all customer orders. The actual demand for the new carburetor was impossible to predict until the first units were shipped and we received the first feedback. Despite our disappointment with ASN's decision, we cannot disagree with them and have accelerated production to match the demands as quickly as possible. We have produced more FM18s than any other carburetor since the most recent approval, but it is difficult to control who buys them and in what quantities.»

What are the most important new features of this new component? Seen from the outside, the centered venturi cone is clearly visible. Is there more inside?
«In general, the carburetor maintains the conventional structure of a float carburetor. We have obviously paid special attention to limiting airflow restriction through careful design of the profile of the starter circuit, guillotine and needle. We offer a conventional needle that goes into the sprayer and an alternative short version that is definitely innovative and unique.»

We noticed that this carburetor is very similar to one we have, a ACI/CSAI-fiche homologated by Vamec in 2005. What can you tell us about it?
«In fact, the mold to produce the casting blank is that of the 2005 Vamec carburetor. Visually, the outer shape looks the same, but this is the only similarity between the two carburetors.»

Radio box, that is, rumor has it that the new Tillotson carburetor is 3/10ths of a second faster than the competition, but not all carburetors work well - sometimes young drivers have problems with set-up, sometimes they stop down the track with wet spark plugs. Do you have any suggestions for a proper setup to avoid these problems?
«I think 3/10 is an exaggeration, to be honest, but the performance in early testing indeed seems very good. Since the product is so new, it is natural that some fine-tuning is needed in the first few days of use and getting to know it. I personally spent a week in Lonato to check how customers work with our carburetor. The performance differences between one carburetor and another level out perfectly once you adjust the gasoline level in the tank via the float geometry.»

There can be situations of mid-throttle flooding while exiting the pits, but this tends not to be a problem after drivers become familiar with its operation (at one time, with the 29 mm guillotine carburetors on the 100 cc, drivers would partialize the supply of gasoline to the carburetor by throttling the hose...hopefully this is not too difficult a thing for 60's drivers to learn, Ed.).
«I have yet to see or hear of any driver stopping on the track with a wet spark plug. As always, I will provide on-track support to all competitors in the race.» 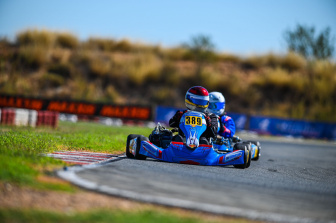 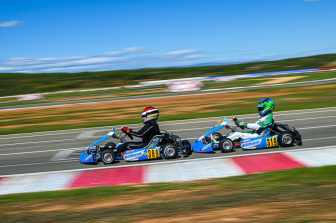 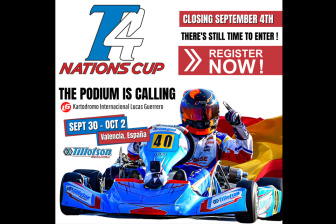