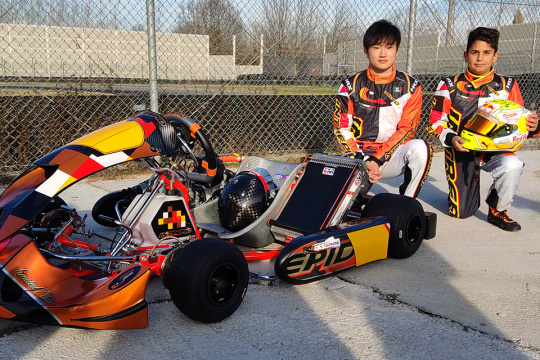 Author: Vroomkart International
As part of preparation for the long F1 2023 season of the Japanese Alpha Tauri’s driver, karting cannot be missing as a form of training: «It is very close to driving a single-seater, it is the best training, together with the gym, for a single-seater driver» he told us. (fm)
Throughout the year, the Red Bull drivers (and therefore also those of Alpha Tauri) are involved, through the Team Intrepid Driver Program, in a series of karting days. The category chosen, as practically all the other active F1 drivers, is the KZ which, with its braking on the 4 wheels and the speed gear, allows you to train your body and reflexes like nothing else.
«I've never competed in shifter karts, my entire career in karting was in KF, up to the age of 15» Yuki told us.
To be honest, he also told us, in contrast to many of his colleagues, that his love for motor racing fully blossomed only after his debut in single-seaters, which took place as part of a selection of talents promoted by Honda when Tsunoda was 16 years old : «I had won a lot in karting, but I didn't imagine I would be a professional driver, I also loved other sports, especially football. But I won races in karting, and so we wanted to try to apply for this selection which, from 20 drivers, in successive stages at the wheel of different single-seaters, screened the participants until only one was left: I won and here I am, after a series of F4 (winner of the Japanese Championship in 2018 ed), F3 and a third place in the 2020 F2 Championship which brought me directly into F1 in 2021» (9th on his debut: a surprising result).
Precisely in relation to the experience of moving to Europe (something that some of his colleagues do even before, to compete in karting) Yuki told us how it is not easy for an Asian driver to compete on equal terms with European drivers in Formula: «Here in Europe you can enter F4 at 15, in some countries even at 14 while instead in Japan only at 16 and then the circuits: in Formula 3 and Formula 2 I saw the circuits for the first time only on Fridays and with very little time for free practice I had to face qualifying: I was very happy to be able to win races in F3 in my first year in Monza and in Germany. Also in 2020 in F2, winning races in my debut was fantastic for me: with a little more luck I could have won the championship, given that I was stopped 5 times by technical issues and in the end I still finished third overall.»
This year - his third season in F1 - an internal confrontation awaits him with another famous former kart driver like Nyck DeVries, but Yuki doesn't seem to fear rivalry, rather: «I'm happy to work with Nyck. He was part of several Formula 1 teams as a tester, he will bring a lot of experience that will help the team grow.»
On the other hand, sharing the box with Tsunoda in Cremona was the newcomer to Team Intrepid, the very young Canadian Justin Di Lucia, 12 years old, who after winning everything in Canada, in 2023 will take part in a complete race program with Sguerzoni's Team in the 60 Minikart in various Championships and series in Italy, with the aim of landing at the top level of karting within the time schedule set by the scouting program of the Italian Team - always looking for young talents to introduce in Motorsport. 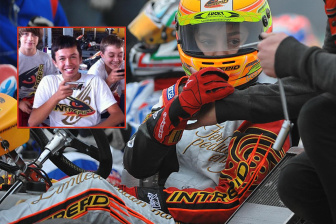 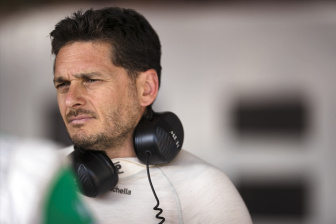