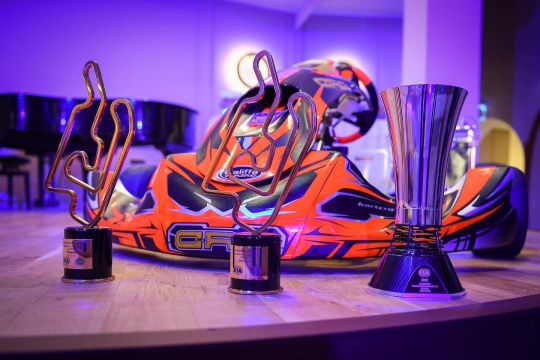 Author: Vroomkart International
CRG has announced the extension of the collaboration contract with both world champion drivers at Le Mans.
The protagonists of last year's FIA World Championship at Le Mans: Viktor Gustavsson (KZ World Champion) and Arthur Carbonnel (winner of the FIA World Cup KZ2) will wear the CRG livery also for 2023. The Swedish driver will defend the title in the KZ category taking in addition to the World Championship scheduled in Germany, it also takes part in the European Championship of its category and in some WSK events. The same sporting program for Carbonnel, who joined the CRG Team at the end of last season and giving life to a partnership that was destined to last. As recalled in the manufacturer's official press release, the confirmation of both drivers was exclusively a formality, as was the renewal of the agreement for the engine part with Gianfranco Galiffa, who will supply TM engines to both.

Last week on the Lonato track, both Gustavsson and Carbonnel took part in the last technical test session of 2022, waiting for the first race, the WSK Master in February.