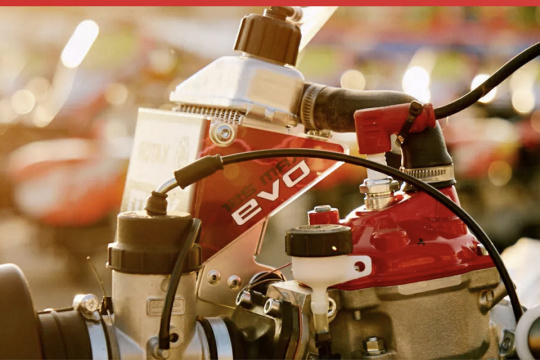 Author: Vroomkart International
The Trophy centered on the liquid-cooled Rotax Max 125 has given birth and fostered - for over 25 years - the single-make philosophy: 'competition with the same means'. In the history of its formula, Sunday amateurs and F1 World Champions coexist (f.m.)
We will perhaps never stop talking about single-brand karts and motorsports: on the one hand, because single-brands represent, at least on paper, the zero or starting point of any motorsport competition i.e., "whoever wins here is truly the best, because only the driving counts"; on the other hand, because the drift of many of these races and various Trophies is that in any case, the vehicles are equal only in the regulations because the track often tells different stories.

The Rotax Max Challenge has retained over the years many of the characteristics that made it successful when it was an absolute novelty, both in its various national editions around the World and, in absolute terms, in the International Finals where even the sameness of the vehicles among them is guaranteed by the manufacturer itself who supplies the vehicle in the first person to all participants. This means that its history has allowed very gifted drivers to get noticed almost immediately, some of whom went on to professional karting categories, single-seater racing, and in some cases to the highest goal of any driver: Formula 1.

From Max Verstappen, who took his first steps in this Trophy and won practically everything that could be won, before moving to the FIA categories in 2009, or the same fresh winner of his first GP George Russell, whose talent shone from his very first races in Rotax, or Lando Norris (winner in his home country of many races on the Rotax Mini), or Guanyu Zhou who came to Europe from China and tried his hand with the Austrian engines in the UK, winning and grabbing the spotlight among the best-rated European peers to the point of winning a Euro Challenge in 2013 (Junior), or the two-time World Champion De Vries who even before the FIA World Cups, had won quite a lot in Rotax races.

In the long list of professionals who took their first steps with Rotax there is also Juri Vips, winner in the wet Final in Valencia in 2014, or drivers who although starting at not a very young age (you try starting at 13 in a world where everyone starts at 5...) such as Nicholas Latifi, showed they had what it takes behind the wheel, enough to embark on an ascending journey in Motorsport.

The path to professionalism and Formula 1, we know, is essentially based on what family, sponsors, and other factors one can bring to the journey towards the top Formula; alas, it takes more than just talent.

That said, however, Rotax has always been the racing platform that has guaranteed that drivers of all backgrounds have been able to compete, and even in the cases where "big names" in karting have managed to take part in Trophy races or Finals (a Euro Trophy race in 2013 held in Italy, at Castelletto di Branduzzo, comes to mind) where the CRG squadron arrived with Lennox, Tiene, and Verstappen, then spearheads in the FIA races, who however did not make a splash and, indeed, did not even win hands down as one might have thought; or again, OK World Champion Callum Bradshaw who in last year's Finals in Bahrain "ate dust", left behind by a… girl, namely the extremely talented Tereza Babickova - a result later changed by post-race decisions, but which in itself once again expresses the true value of this series. 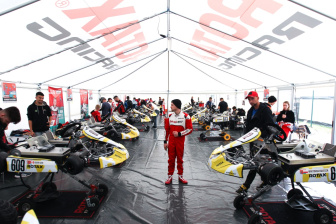 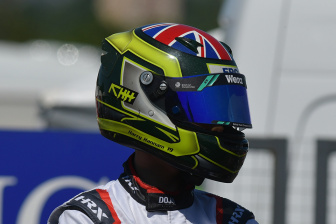 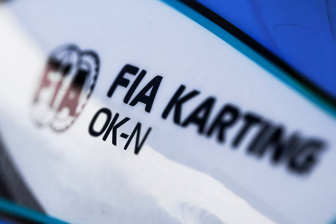