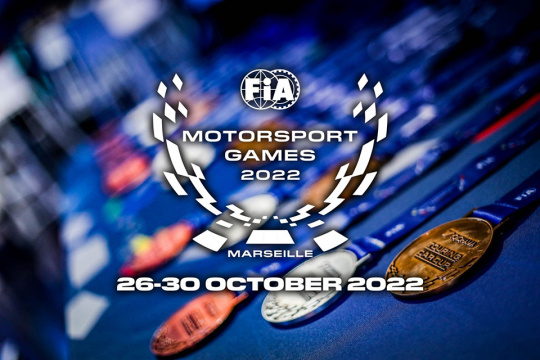 Up to 1,000 drivers from 90 FIA national autosports authorities (ASNs) are expected to compete in the 17 racing disciplines covering Circuit, Rally, Electric Street, Off-Road, E-sports, and even Karting! To know the list of participating drivers we will have to wait until after Sept. 25, but from what we already know, Portugal will bring as many as five female drivers in karting, four of whom will form the team for the endurance race.

Karting is involved with four competitions, namely the Endurance race (over 17 years old), the Slalom race (14-16 years old), the Junior Sprint race (11-14 years old), and the Senior Sprint race (14 years old and up). All competitions will take place on the 964-meter-long Paul Ricard Karting Track. Drivers are chosen by their respective ASNs.
The Sprint races (Junior and Senior) feature a single chassis and engine supplier, KR and IAME, respectively, with one driver per category. The Junior Sprint race will begin on Friday, October 28, with free practice and qualifying. This will be followed on Saturday and Sunday morning by three 10-kilometer heats, with a 25-kilometer final on Sunday afternoon. The Senior race will, instead, feature three 15-km heats, with a 30-km final.

In the Endurance race, a 4-hour race with teams of four drivers, "rental" karts produced by IPK with Tillotson T4 engines shall be used. Regulations require at least one crew member to be female. The Endurance race begins on Friday, Oct. 28, with free practice, which will be followed by qualifying that will determine the starting grid for the four-hour race on Saturday morning.

The Slalom races will feature two drivers (male and female) competing in the same 20 kW Birel Art electric karts offered by the FIA on a gymkhana-style circuit with specially placed cones. The races will include 3 laps, one test and two timed laps. The fastest teams will proceed with elimination heats, with head-to-head racing leading up to the final that will determine the winning nation.

The second-ever edition of the event (the first was held in 2019 in Italy, Rome, at the Vallelunga circuit), which will take place in Marseille, France, will begin with a spectacular opening ceremony on Wednesday, Oct. 26, followed by four days of racing at the Paul Ricard, Veynes and Saint Baume circuits. We look forward to seeing the Italian team in action, especially in karting!