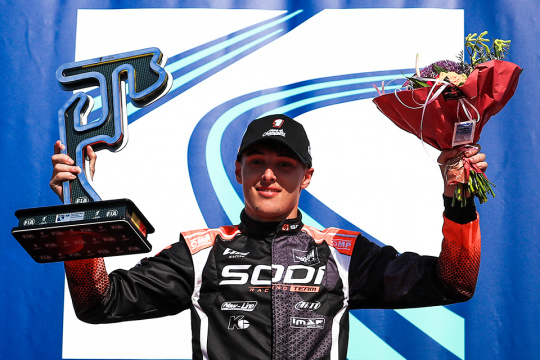 Author: Vroomkart International
The followers' vote (57% - 43%) has determined that Emilien Denner is, among the 8 possible Champions chosen by Vroom, the main favorite to conquer the KZ World Championship that will be held at Le Mans next week.
The participation in the survey game with which we wanted to animate this period of well-deserved holiday for you karters  and enthusiasts was remarkable. In the 7 days of play, over 15,000 of you took part in our initiative and with their vote they gave life, in a sort of "Fantasy Karting League" to challenges that were resolved in some cases for very few votes in favor of one or the other driver. The success was such that as editorial staff we decided to promote such a game also for the upcoming OK World Championship, also starting from a reasoned analysis of the first part of the season as well as the potential expressed by the individual drivers and teams, not just the final European Championship standings.

Coming to the election of Emilien Denner as the main candidate for the title, in a certain sense the result did not surprise us, as has often been said in this 2022, the package available to the two top Sodi-Tm drivers - in the final Van Walstjin ended up there, with the same livery - seems to be really strong. As if the European Championship had left something "unfinished" (two wins out of two but, sensationally, not the title), the Le Mans World Championship could close the circle for the French, even if a prediction remains a prediction and who knows what unknowns may occur and still await us in the single race next weekend. The credit that the Birel Art drivers have collected (given the high number of votes taken by Viganò and Hiltbrand) confirms that insiders and enthusiasts believe that the Lissone’ squadron can play it - in the colors of CL Lennox in the case of Viganò - absolutely at the level of Sodi, and we consider that speaking of 'Red Army', the number of possible protagonists expands to at least 4 with the former World Champion Kremers and the fastest Team Manager in the paddock, Longhi, able to earn without problems a place in the Top 10. CRG's World Cup ambitions are entrusted to Iglesias, highly rated in our game, while Tony, which also saw his drivers not excel in the contest, will certainly be able to have his word, not only with the home driver Renaudin - who could play a bad-joke on his former team Sodi, with which in 2018 and precisely in France he was crowned European KZ2 Champion. Stay tuned so, if you don't want to miss one of the most hard-fought World Championships in recent years, without forgetting the many possible outsiders such as our Travisanutto (Parolin-Tm), or Taponen (Tony Kart-Vortex), which could mark a historic pairing between OK and KZ World Championship in two consecutive years. Also worth keeping an eye on are the Pex brothers (KR-Tm), always among the fastest, in addition to the reigning European Champion Ippolito (KR-Iame). 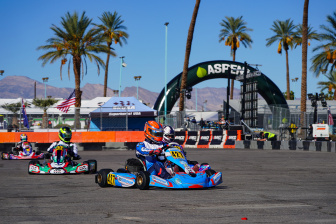