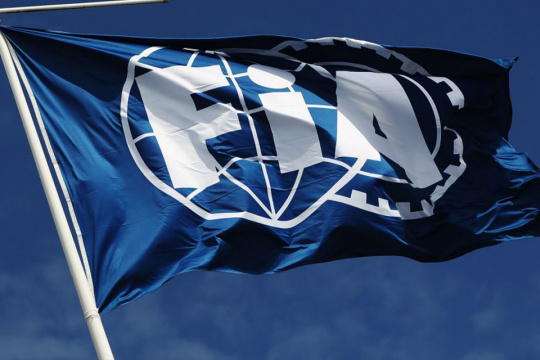 Author: Vroomkart International
With the World Motor Sport Council in Paris, the International Federation met for its second summit in 2022, chaired by newly elected President Mohammed Ben Sulayem and the members of the WMSC. Important news for karting with the launch of the new 2023 calendar and the OK-N engine.
The 2023 FIA Karting season is starting to take shape as the 2022 season has awarded its only titles and is about to enter its final phase this year. There is already an air of change then with two important novelties introduced today by the Federation, namely the launch of the new European and World calendar and the novelty of the OK-N engine.

CALENDAR 2023, EVERYTHING OR ALMOST EVERYTHING CHANGES
Over the last two years, unfortunately, the race calendar has been subject to forced changes that have gradually reshaped the stages originally organised by the FIA and RGMMC. Next season's calendar will and must be a fixed point from the outset, especially in terms of the number of new circuits.
Starting with the OK and OKJ classes, the first news is that the World Championship will be hosted at Franciacorta, the next and last round of the 2022 European Championship. Yet another confirmation for the Italian track, now in the Olympus of international tracks.

The European Championship, on the other hand, although not yet fully official with a track inspection to be made official to get the green light, will completely change its circuits with four brand new stages. It will still be Spain that will open the dances but on the Valencia circuit, already hypothesised last season when Campillos prevailed instead. The second and third rounds, on the other hand, will touch on countries that had not been considered in the recent era such as the Czech Republic and the Třinec circuit and Denmark with the Rødby track. Closing again in Italy and on the 7 Laghi of Castelletto di Branduzzo, again on the international scene.

For KZ and KZ2, the format of the two stages for the European Championship is confirmed, hosted in the opening round at Zuera and in the closing round at Sarno. The World Championship will instead move to Germany with the return of Wackersdorf. Same dates and circuits for the FIA Academy Trophy 2023 and the new Masters Super Cup which will debut already this season.

Major seasonal absentees, barring any last-minute changes, will be tracks usually exploited such as Genk, Kristianstad and Le Mans.

THE NEW OK-N ENGINE WINKING AT THE NATIONAL LEVEL
The FIA has approved the launch of the new OK-N engine at national level and the subsequent steps towards its introduction on the track. The new design will take advantage of the new engine homologation cycle starting in August 2022 to introduce a downsized engine aimed at national markets (OK-N) but obviously based on the current OK (Senior) engines.
Using the current OK engine as a solid base will save costs (as spare parts already exist) to the benefit of reliability.

To facilitate the introduction of the category in national markets, this product will be combined with a sporting objective that should take the form of an OK-N World Cup, for which participants will have to qualify through national events. This World Cup will be governed by a strict set of sporting regulations, with only one chassis, one engine, and a number of tyres limited to one and a half sets per race. In order to make this category accessible, the FIA will recommend that the ASNs in charge of organising World Cup qualifying events use these regulations as the basis for their sporting and technical regulations. In this way, a pathway will be created between national and top-level practice. To make the World Cup attractive, it is currently planned to organise the OK and OK-J World Championships on the same weekend.  In this way, drivers participating in the OK-N World Cup will have the opportunity to make themselves known to kart manufacturers on site. A kind of Entry-Level but of international calibre.