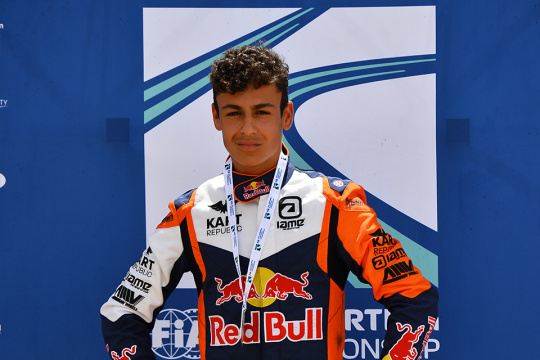 Author: Vroomkart International
The English driver, already a member of the Red Bull family, proved that he has the makings of a predestined driver at both Zuera and Genk, between Presa Diretta and KZ2.
Scrolling through the chapters and pages of karting history, it is not so easy to find a driver who has gone strong both in the queen class of Presa Diretta karting (the current OK Senior) and in his first KZ2 experiences.
Someone might say that being night and day on the kart, having the chance to test and take part in the most important races of the year, the transition is easy and almost taken for granted. Well, this is not the case and this time the facts speak for themselves.

As a matter of fact, we often see drivers who move from the OK category to KZ2 and vice versa with poor results on one side or the other, often getting "confused" and lost in the maze of one or the other category. To be able to be competitive at the same pace, on the other hand, is probably something for the few and the few.

In recent weeks, it was Arvid Lindblad who demonstrated this with two weekends that he will surely remember and that those present and those in the industry did not fail to notice with their eyes wide open. Only at the beginning of the year, after an OK World Championship that was contested to the last and finished on the podium, Lindblad had stumbled into a major accident at Franciacorta, ending up in hospital and with a forced rehabilitation period. Once that period had passed, the Englishman took a short time to return to the track and beyond, impressing everyone.

In the second round of the OK European Championship on the Spanish circuit of Zuera, Lindblad studied everyone for the entire weekend and then came out when it counted, i.e. in the final, demonstrating an incredible pace and overtaking and fighting skills superior to the others. Lindblad, in the few laps available and on a track that was not easy, was able to recover overtaking after overtaking, taking himself from the fight for a 'normal' fifth position to a frontal attack on race leader Turney, who escaped and arrived at the end of the race with only three tenths of a second to spare. A race conduct capable of overshadowing the winner and making those present clap their hands (although it was spoilt by the 5-second penalty for the spoiler, but that's a different story). 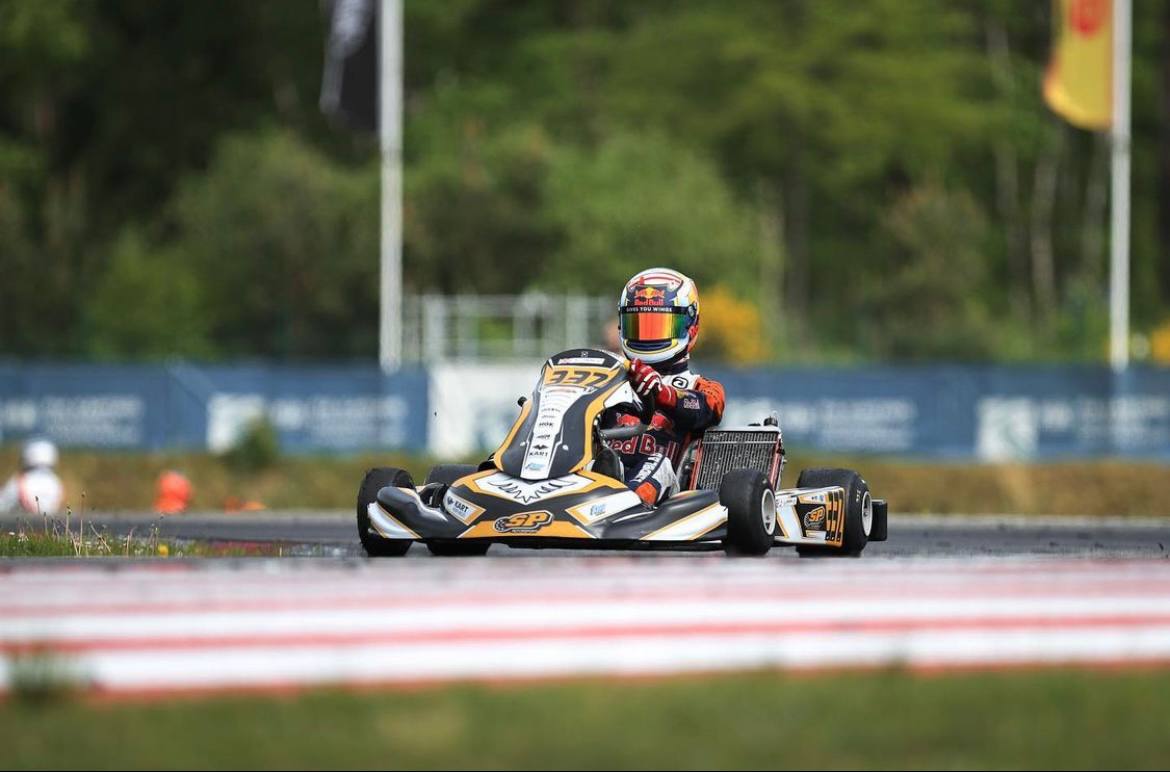 After Zuera, as announced, Lindblad also made his debut in KZ2 level, taking part in the European Championship at Genk. No better stage to compete in the colours of Stan Pex (SP Racing), on the track where Verstappen made his first steps.
Once again, after an initial study phase, in the presence of the specialists of the category and more experienced drivers, Lindblad turned the lights on himself once again, giving life to memorable heats such as the last two on Saturday afternoon, won to the sound of overtaking, especially the penultimate one, behaving like a veteran, especially in overtaking at the last corner. All data that gave him among the favourites at the start of Sunday's final.

With two weekends like that (without forgetting his previous results in OKJ as well), Arvid Lindblad has come out of the closet, showing that he has the same attitude as the best who have left their mark in karting and motor racing, as Verstappen did back in the day and as other strong names have done. Besides Lindblad it is good to include in the line-up of predestined and especially at ease in KZ, Andrea Kimi Antonelli among the most recent, Pedro Hiltbrand capable of winning a double title in both categories in 2016. Also not to be underestimated are Tuukka Taponen, also positive in his first KZ appearance again at Genk, and Cristian Bertuca for Birel Art. 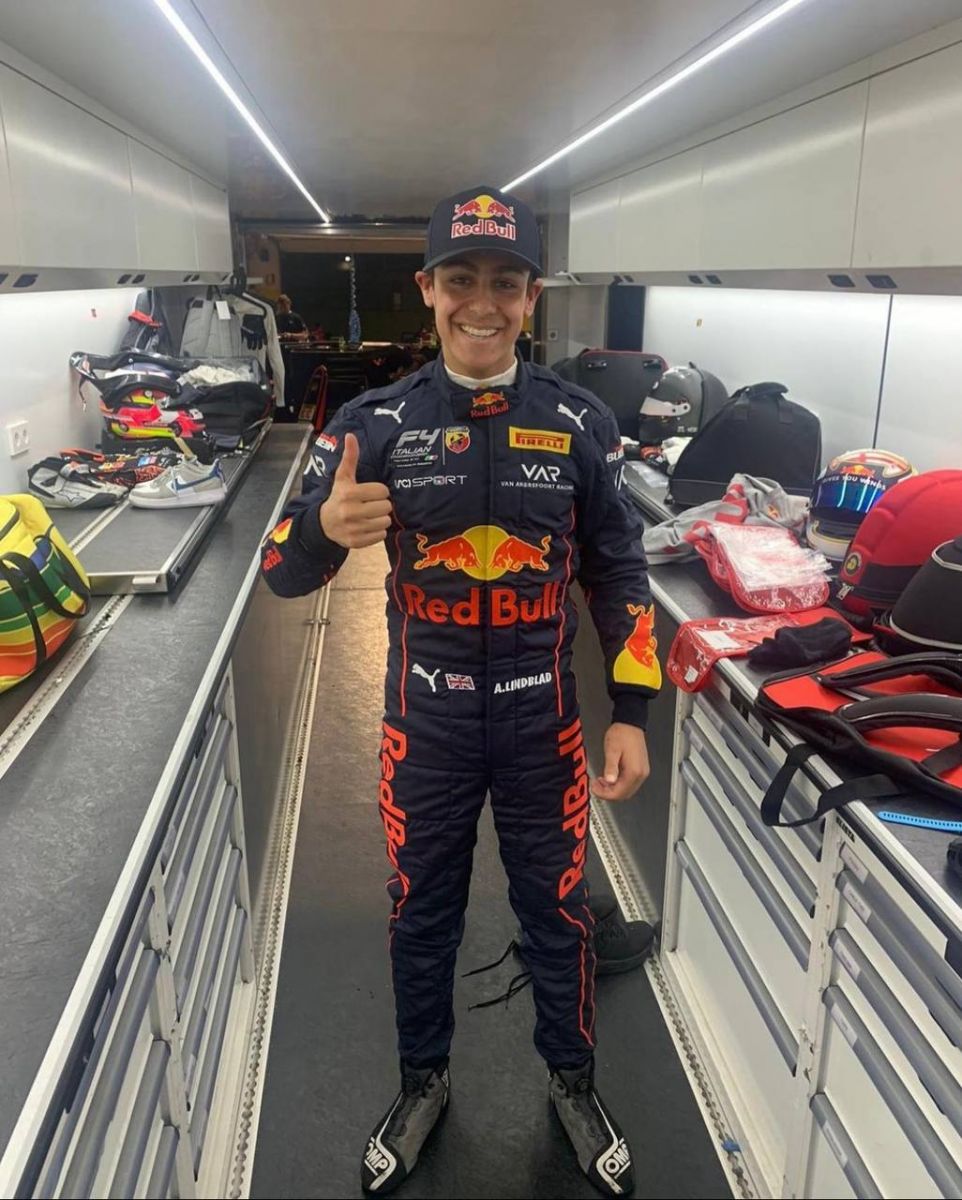 These testimonials reinforce even more that thesis that has been argued for some time now, namely the importance of following that "perfect path" in karting that starts in 60 Mini and ends in KZ, not before. What many people skip, considering it almost superfluous (as if the queen category could ever be), is nothing more than the last important stage before diving into the new adventure in the car, just as planned by Lindblad, who is expected to debut in F4 towards the end of the year, not before having contested a victory (which is possible) in the KZ2 season.