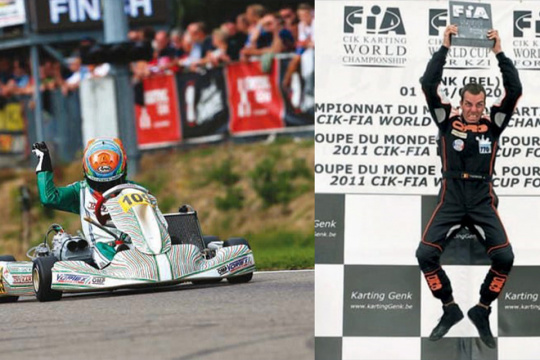 Author: Vroomkart International
The European KZ and KZ2 Championship starts in Genk, the track that probably more than any other has always expressed the values of the 125 shifter class at its best.
The queen class is also ready to take to the track. Even if with the formula of only two races - not very appreciated by the sector - to define the new European Champions. The Genk track is the most intriguing and attractive one for KZ and the calendar of the many competitions held on this track located in Flanders and its history confirm its special nature.

Matteo Viganò is among those who left his mark in Genk: three successes in a row from 2016 to 2018. The driver now in force at Lennox Racing has always demonstrated that he can make the difference on this track, managing to interpret it masterfully. If 2016 and 2017 had meant victory in the European Championship, in 2018 Matteo Viganò managed to take home the first FIA Karting title. On that weekend, in fact, Genk returned to host the World Championship including the then KZ2 International Super Cup. In that year, still as official Tony Kart driver, Viganò pulled out of his hat the perfect ride made of the absolute pole position on Friday, the pole position for the final at the end of the six heats, five of which he won, and obviously the domination of the very final with more than a one-second gap ahead of Daniel Bray and five and a half seconds on David Vidales. 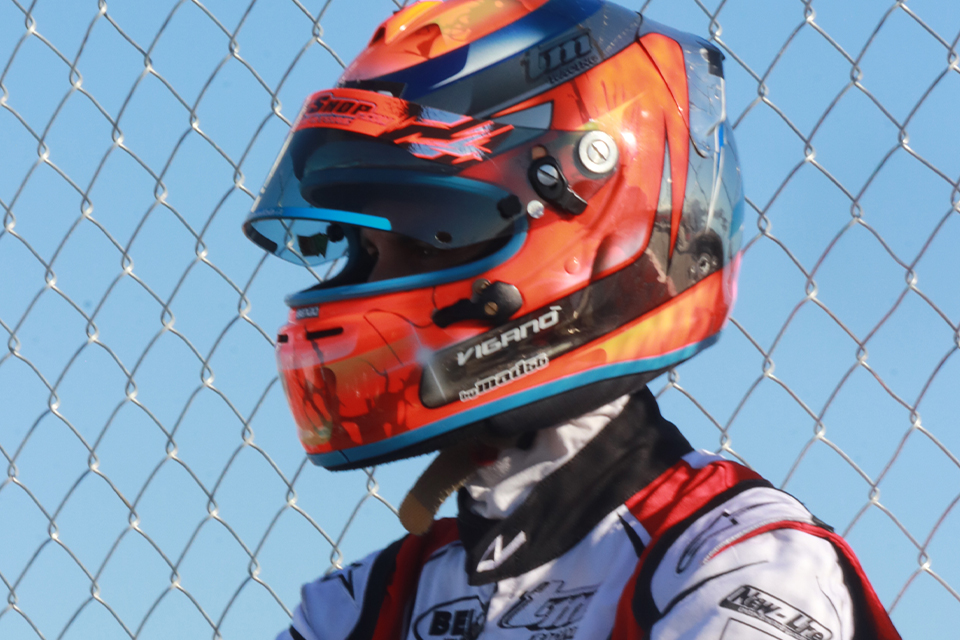 Matteo Viganò: «I'll be honest and say that it is probably not even my favorite track. However, in Genk you have to drive well also because it has always been very slippery so it's important to be even cleaner than usual in terms of driving. I won here three times but maybe it's a coincidence, I remember a lot of things from 2018 but among other things, I remember I had a lot of pressure on me. I won all the heats that weekend and I didn't want to put on a poor show right in the final. I was under a lot of pressure but I focused as much as I could to not make any mistakes. Expectations for this year are good, even in light of last year where we could have won everything; the schedule is not bad. Hopefully, the weather will be favorable in Genk and Le Mans for the World Championship».

That year, besides Viganò there were tears of joy in KZ for the now-former driver Patrik Hajek, Kosmic flag-bearer and World Champion in Genk. The path is almost similar to that of his KZ2 colleague, except for the absolute pole position, scored by Federer. From the heats onwards, however, Hajek made the difference by winning all the heats and making himself uncatchable in the final with 23 laps run with the cadence of a clock and almost two seconds of advantage on the local idol Rick Dreezen at his last great appearance in international karting. 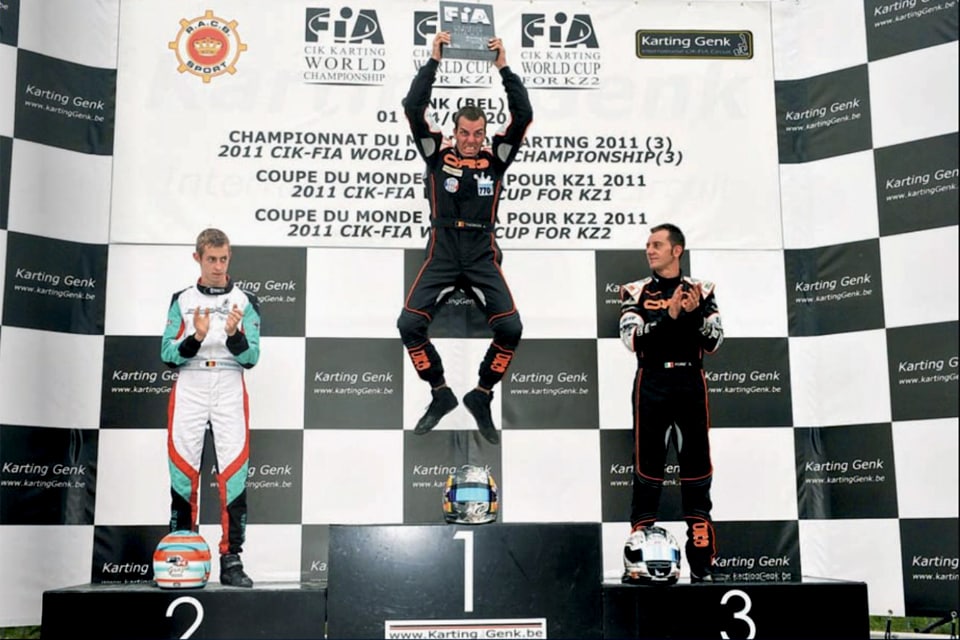 Going back seven years, the Genk crowd will certainly remember the day when Belgium almost took  the entire stage of the World Championship with a historic Belgian one-two with Jonathan Thonon first and Yannick De Brabander second. The weekend went down in the annals with the epic duel from the first to the last lap, which also included Lammers and Forè, which then led to the duel between the "blood brothers" in the last nine laps of the race, resolved by the comeback of Thonon, delayed after a contact in the first laps, and by the overtaking of the latter on the last lap, valid to be elected World Champion at home for the fourth time, the fifth world title in the last five years for CRG. The Belgian's move was studied and very "cinematographic", in a fighting match for the whole race also with Forè. In the last lap, De Brabander thought about covering himself from the possible attack of Thonon, who well interpreted the thought of his compatriot in the lead of the race and managed to run faster at the chicane, two corners from the finish line, to mock De Brabander, taking advantage of the kerb, too.

Thonon is again the protagonist a few years later, in 2013, when in the first stage of the European Championship he was forced to surrender to the new that today as well as then was advancing, namely Max Verstappen. A great victory for the current F1 World Champion with almost two seconds of advantage over his rival in what, just like Spa-Francorchamps today, could be considered his home race.