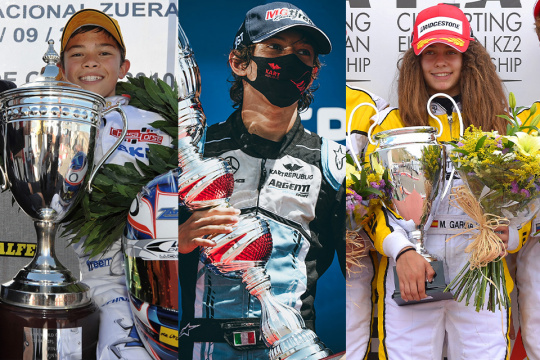 Author: Vroomkart International
The 2022 FIA Karting stage lands in Zuera, a track that has been crucial in the history of recent karting.
When one thinks of Spanish tracks, the first name that comes to mind is definitely Zuera, a venue that has hosted the big names in motorsport and that has repeatedly determined the outcome of races and championships. The track is distinguished by three different sectors, capable of putting chassis and set-ups under stress, not only because of the speed of the track but, above all, because of the rapid succession of corners, especially those in the second and third sectors.

Driving at Zuera is a question of attitude and the Spanish track located in the heart of Aragon, near Zaragoza, under the imposing gaze of the Pyrenees, has repeatedly rewarded the best performers. Looking at the last four editions (2020-21 and 2015-16) plus the 2010 World Championship, the best karters of that period certainly include Andrea Kimi Antonelli, Marta Garcia and Nick de Vries. 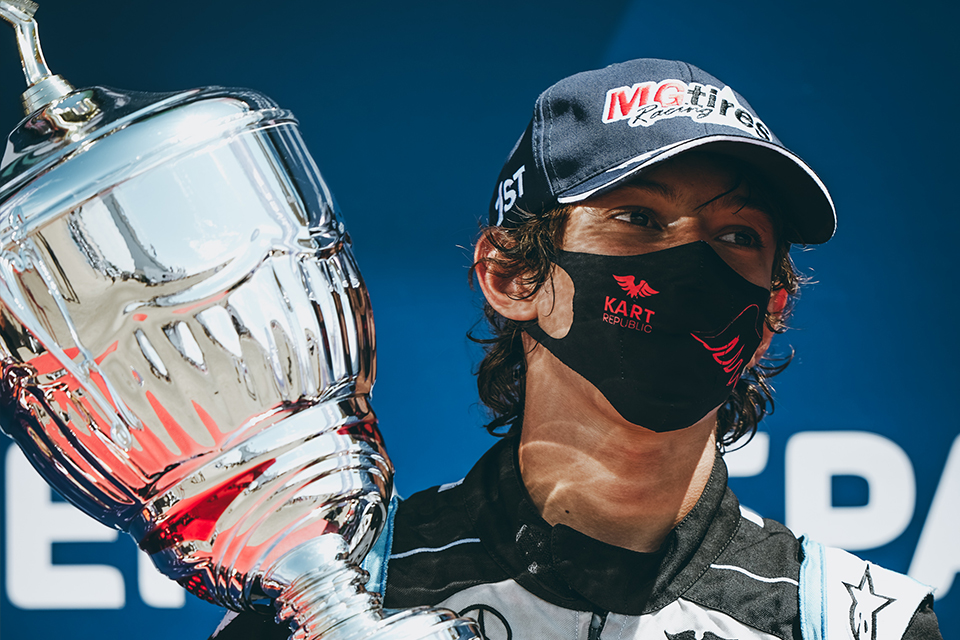 The two-year period 2020-21 saw the promising young Andrea Kimi Antonelli consecrate himself as the champion, then confirming his position in Formula (fresh from his first seasonal victories in F4 ADAC at Spa-Francorchamps). The first European Championship in the COVID-19 era, after several postponements, kicked off right at the Zuera International Circuit, for the first time behind closed doors and with mandatory masks. A situation that the driver from Bologna himself will hardly forget, protagonist of an amazing race conduct going to win safely the first leg before becoming European OK Senior Champion.
The following year, in 2021, Antonelli had the luxury of closing his adventure with the kart at Presa Diretta, winning once again from pole position. More than five and a half seconds inflicted on the English Lindblad and over seven on the Finnish Taponen, making his second European OK title his own.

Andrea Kimi Antonelli: "Zuera is a technical and fast track. You have to try to have a good turn-in without letting the engine revs drop too much, because by mounting a long ratio, the engine struggles more coming out of the corners. Last year I remember that it was very important to manage the tyres, because they degrade easily. That's why it was fundamental to try to make them last as long as possible, driving slightly below your limit. I'm following this year's races and, seeing the first FIA race and the first RGMMCs, I can say that there are a lot of drivers competing for the title, it will be a good challenge for everyone!" 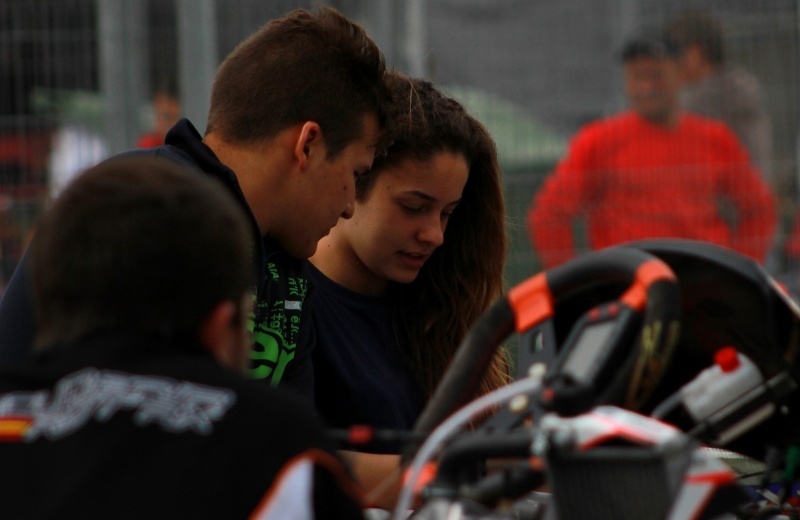 In addition to Andrea Kimi Antonelli, the circuit and the Zuera crowd have experienced strong emotions in previous years thanks to home idol, Marta Garcia. After Portimao, the current W Series rider also had Zuera among her favourite tracks, managing to give herself satisfaction in front of the home crowd. In the 2016 season, the best ever for Marta, on the Iberian circuit she made a great debut in the OK European Championship always travelling among the firsts: constantly between the second and third position, from qualifying to the final, finishing behind Karol Basz and Christian Lundgaard. A more than positive result, achieved also thanks to the awareness acquired in the previous season when he won his first FIA title, the Academy Trophy, thanks to a victory with a comeback and a fast lap at Zuera. 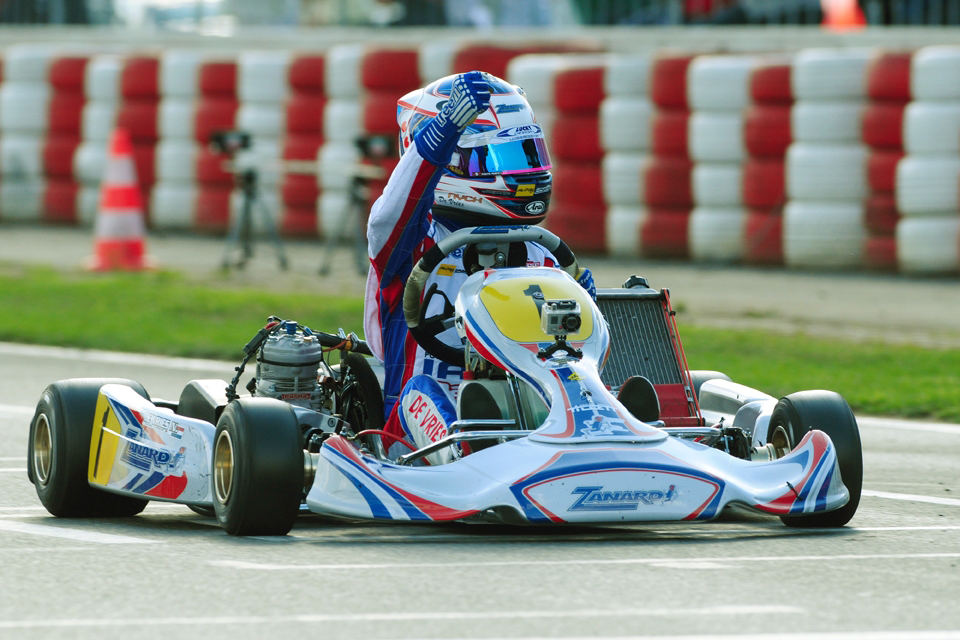 One of the most symbolic editions was the splendid victory of Nick de Vries, the reigning Formula-E World Champion. In 2010 the Dutchman scored a historic Zuera victory, winning the KF World Championship with a memorable overtaking move on Chamberlain. The last laps of that race were heart-stopping with the trio Chamberlain, De Vries and Moller-Madesen leading the whole race at a stratospheric pace for the others. Very high tension and photocopy trajectories for all three drivers, up to the last decisive lap for the awarding of the title. Driven by the will of bringing home the success, de Vries, in his favourite point of the track, tried the manoeuvre of his life on Chamberlain who was perhaps already sure of lifting the trophy to the sky and not so aggressive in closing the door to his colleague. A furious breakaway and an unthinkable but brilliant manoeuvre that left its mark on that edition: the move of the World Champion. 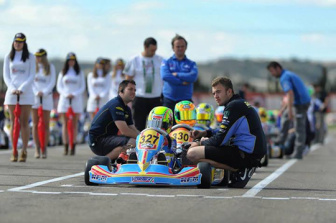 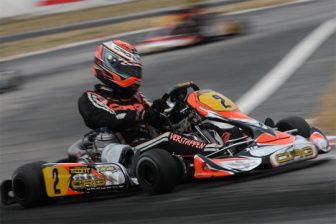 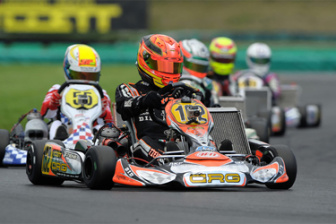 CRG IN ZUERA FOR THE CIK-FIA KF2 AND KF3 WORLD CUP, WITH ITS DRIVERS READY TO BATTLE FOR VICTORY 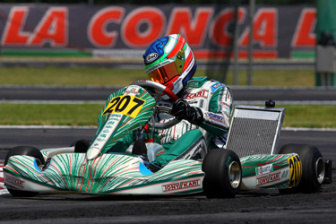 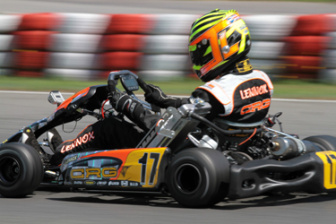