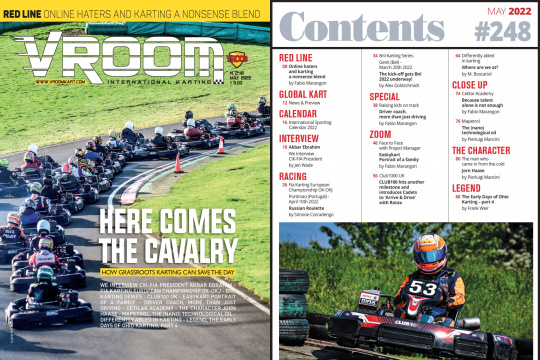 The FIA is thinking of activating a promotional policy by paying more attention to the amateur movement rather than only to the professional one, which is already well represented on the international stage with the European and World Championships, among other things. But to achieve the goal, the ‘Original Karting’ project obviously needs to be re-evaluated and made attractive to the amateur or grassroots movement. Will it succeed in its intent?...Read more...


The news is one that’s been creating a buzz, only because after so long in coming it was difficult even to imagine... Better late than never, the saying goes, and the project of which we have collected fragments while chatting about this and that with some of the sector’s key players is ambitious, to say the least, but also indispensable for the credibility of this motorsport discipline. And anyway if it does indeed materialize it won’t be a walk in the park. But let’s get to the point. From what we’ve gathered, the FIA intends to promote an engine-related solution aimed at simplifying the approach to competitive kart racing and, above all, at significantly lowering costs, which translated would mean investing again in the regional and national movements from here to the next two to three years.

Obviously, to implement this revolution, they must first intervene on the OK engine: make it more attractive at the national level and, at the same time, reorganize and make the branded trophies participate to avoid repeating the mistake made during the homologation of the infamous KF when, to force the sale of the new 125cc direct-drive, the production and marketing of the 100 ICA and FA were stopped. Because, let’s not forget, the TaG, the flagship of the Brand Trophies in these years of.... transition, kept the amateur movement on its feet and running, thanks above all to the promotion adopted by the respective manufacturers who fostered the popularity of this format. Starting from the regional/national foundations, the grassroots, to the top of the pyramid of international competitions is the goal. Fine by us!

Eliminating that gap, which was created after the advent of KF (2007) and, due to the lack of an adequate promotional policy has continued to persist even with the entry of the new engines in 2016, is a colossal task for our sector. Although born under the best auspices, the OK, as we all know, failed to take off, and certainly not due to design errors. To follow up on the OK engine, designed precisely to re-present those characteristics typical of 100cc. engines, although with the displacement at 125cc, is the first step from which to start. The OK is a powerful engine (in some tracks as much as the more popular KZ), but for this reason, it is also more complicated to manage and therefore more expensive.

It is easy to imagine that to bring the OK engine closer to the FA model of the good old days, it will be necessary to remove the valve and intervene on the carburetor, the compression, and the number of RPMs... and, by doing so, it would still maintain the performance that distinguished it, superior to the current Tags. The OKJ, instead, because it does not present any criticality at the promotional level for performance and reliability, is better suited to this initiative at the national level and certainly does not need any particular retouching. This is an initiative that should start from the end-of-year engine homologation (2023-2028). Obviously, even the sporting regulations would need to be reviewed and revised to allow the most deserving drivers, national ranking in hand, to benefit from further incentives such as participation in the highlight of the season (World Cup) under the aegis of the FIA; as has been done for the World Cup of Le Mans this next September 4th, where those drivers of the national KZ2 (KZN), the category that has always well represented the amateur movement, will be able to take part. In short, an ambitious project, but essential, to try to recreate, as it did twenty years ago, that natural path (supply chain) that would allow increasing the national nursery, expand the feeder or farm system, as well as enhance the generational turnover. The intentions of the FIA as perceived in the pitlane chatter suggest that a new course is beginning: to bring the masses closer to competition karting, which has always been the manifesto of Vroom, and we can only rejoice for what we have learned.
But there are several situations to be set right to put one of the most captivating and propaedeutic motorsport disciplines back on the right track... and FIA ought to know. And for this reason, it cannot sit back, relax. In the meantime, among the improvements to be made, there is certainly the one on the application of the detachable front bumper, promoted as a deterrent to contact between vehicles... A good idea for the Mini and the Junior, but questionable for the top categories such as OK and KZ, the only ones that can convey the right feeling to motorsport fans thanks to their predisposition, drivers and vehicles, capable of producing a thrilling show of proper racing on the world’s tracks. For now, though, all we have to do is wait for a further signal. In the meantime, enjoy this issue of Vroom that, as always, presents attractive articles and features. Enjoy Vroom and keep following us day by day on our web and social platform.

Buy the digital version of the Vroom Karting Magazine from our eBook store on Pocketmags.com
COVER 248 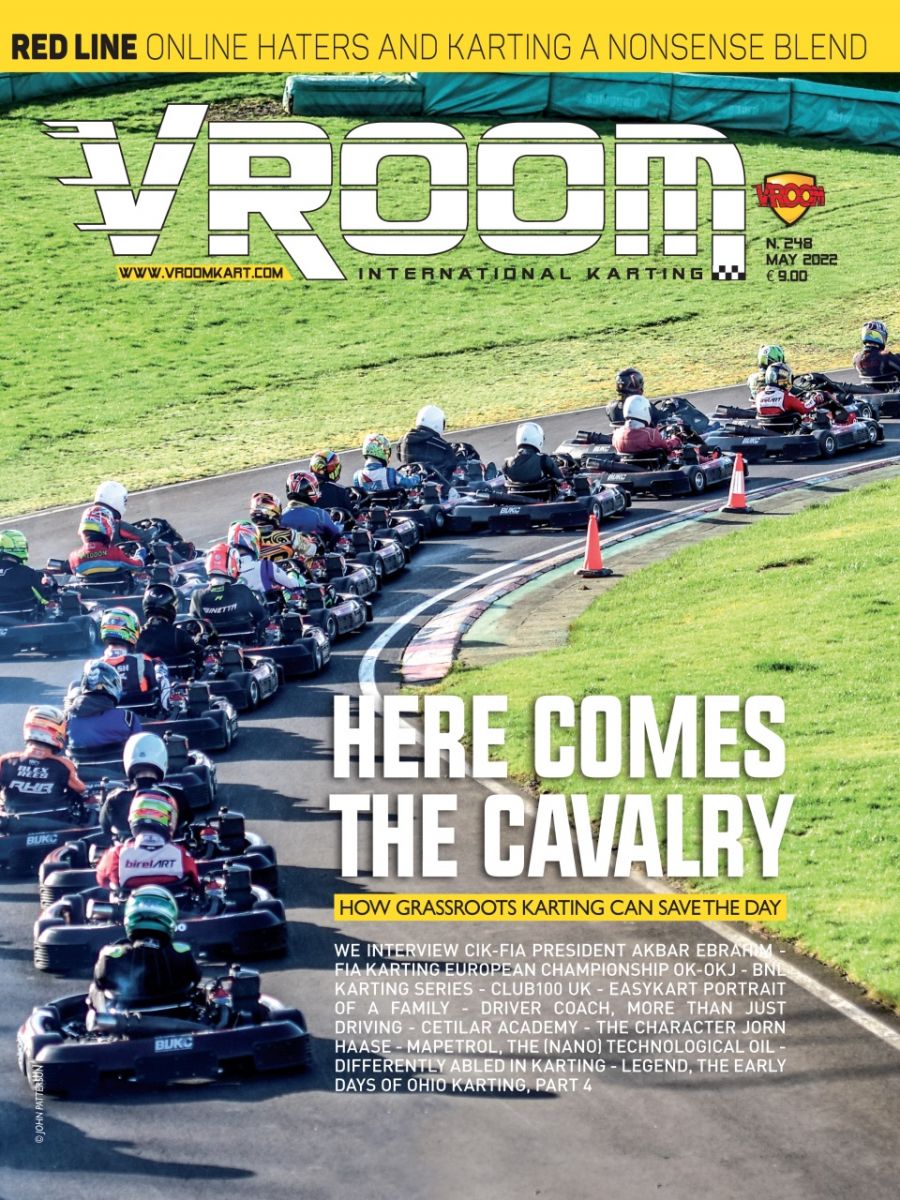 Online Haters and Karting - A Nonsense Blend
by Fabio Marangon 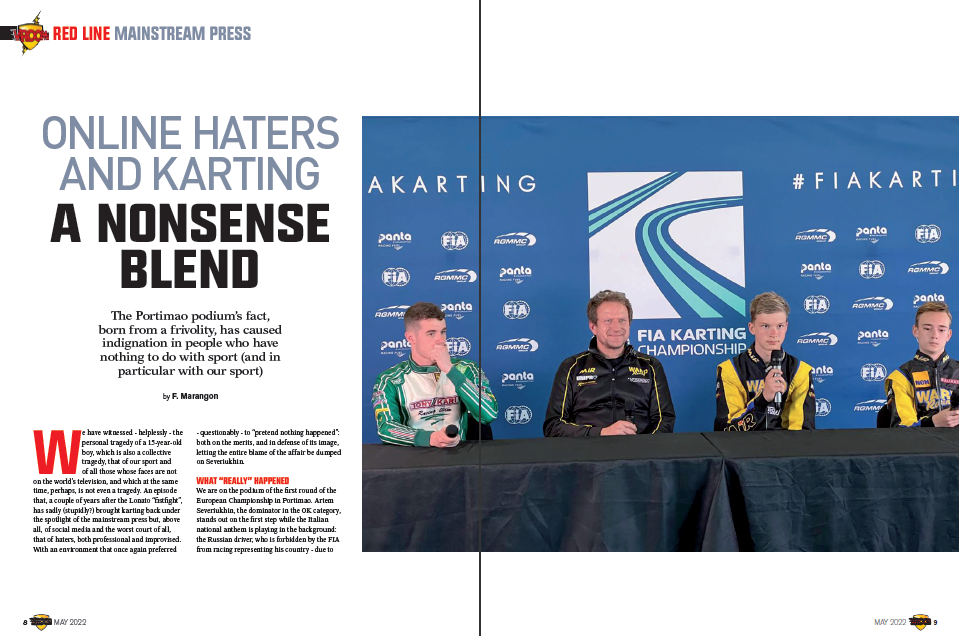 President of the CIK-FIA
By Jen Wade 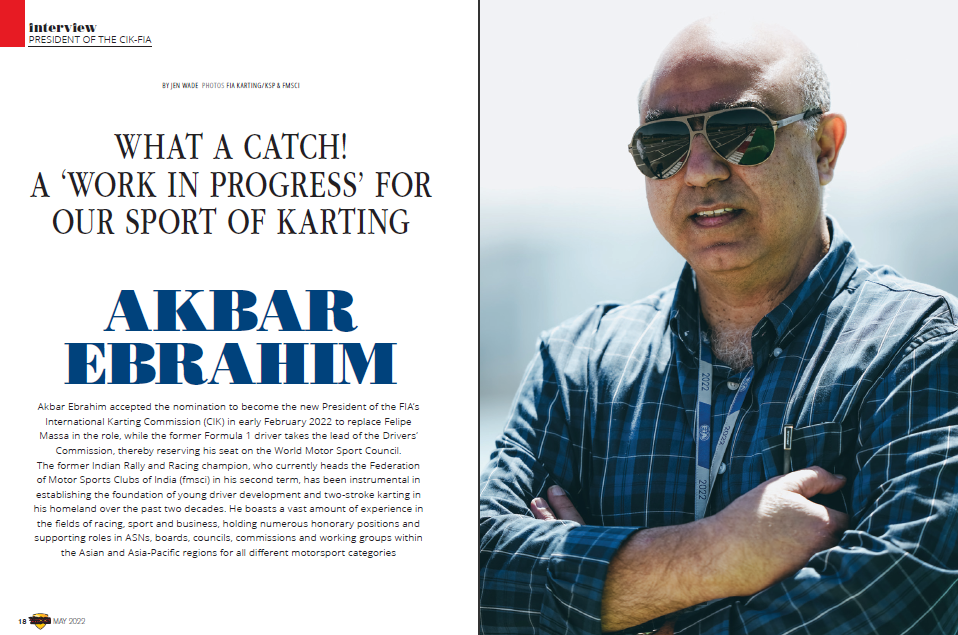 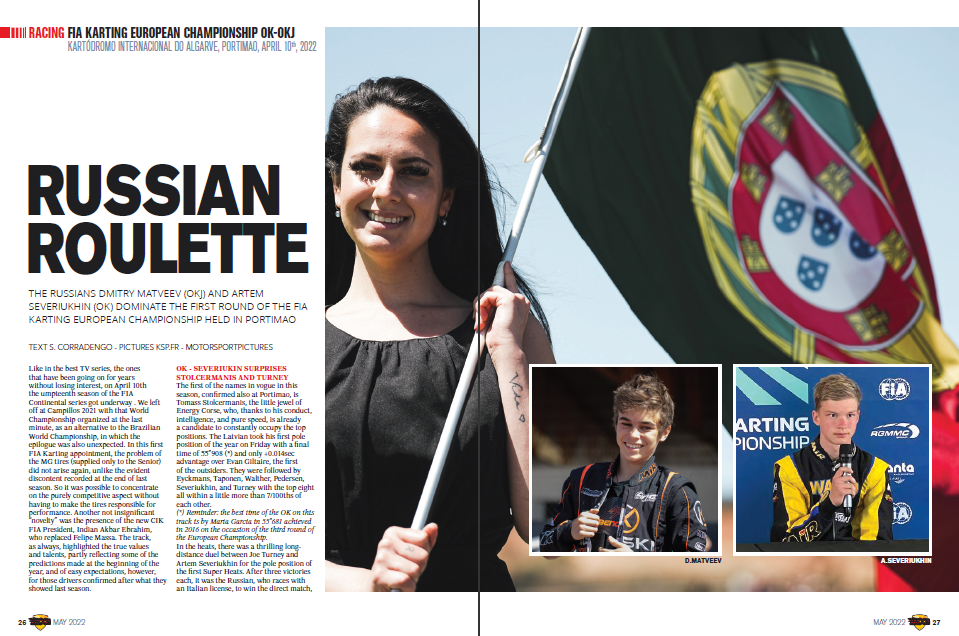 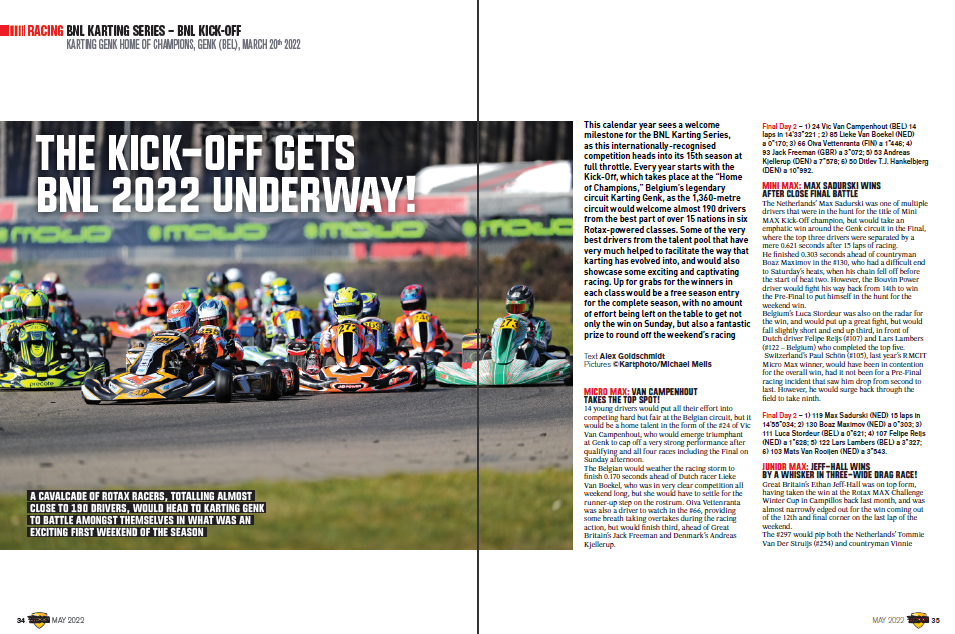 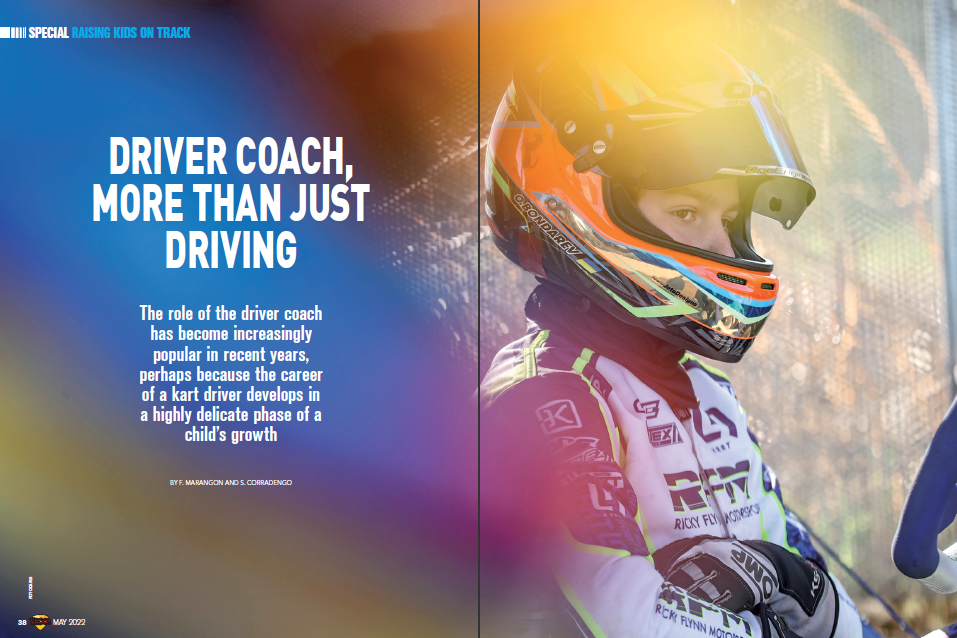 Face to Face with Fabio Foglieni
by Fabio Marangon 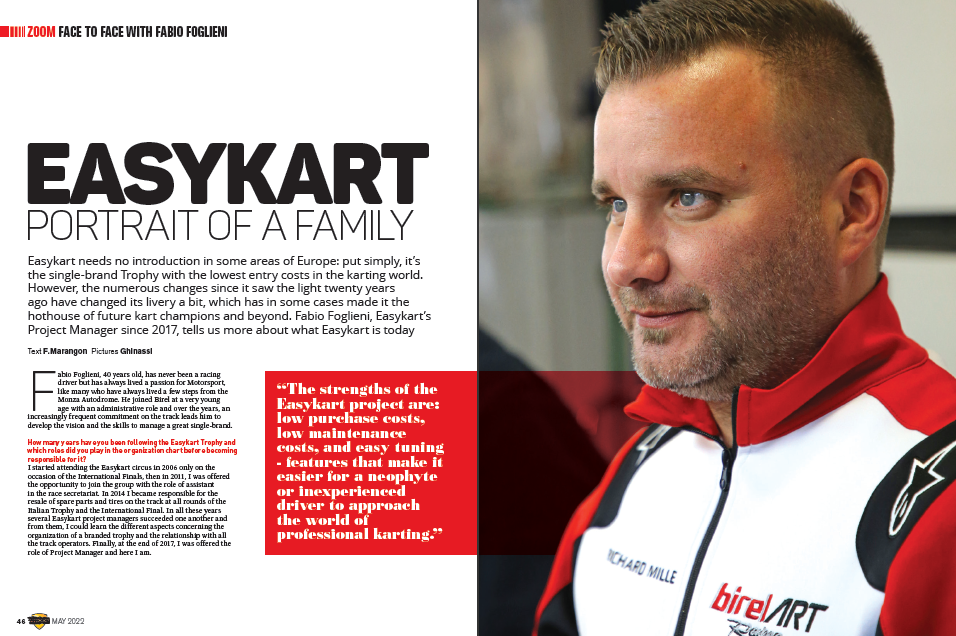 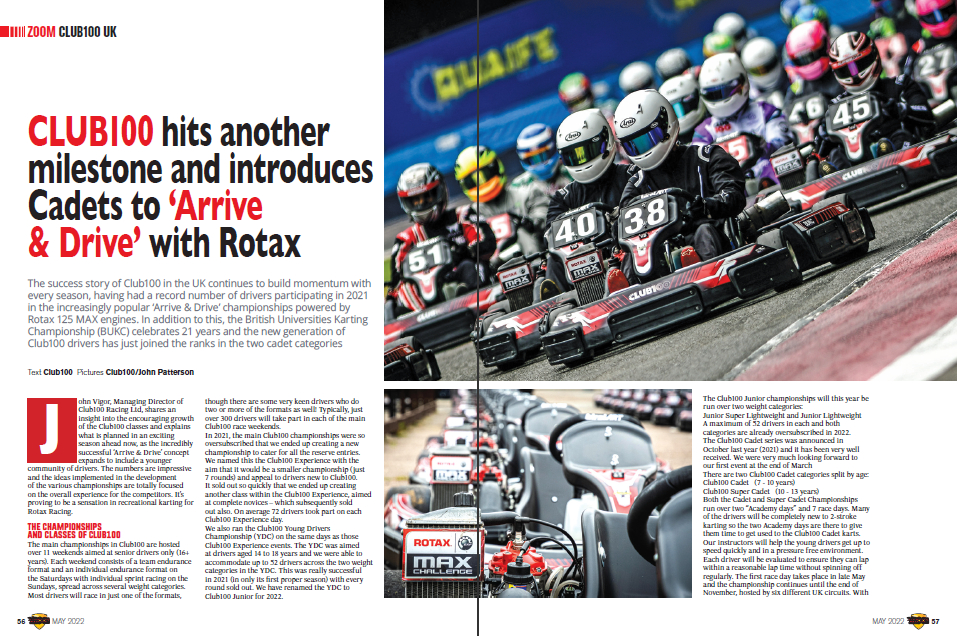 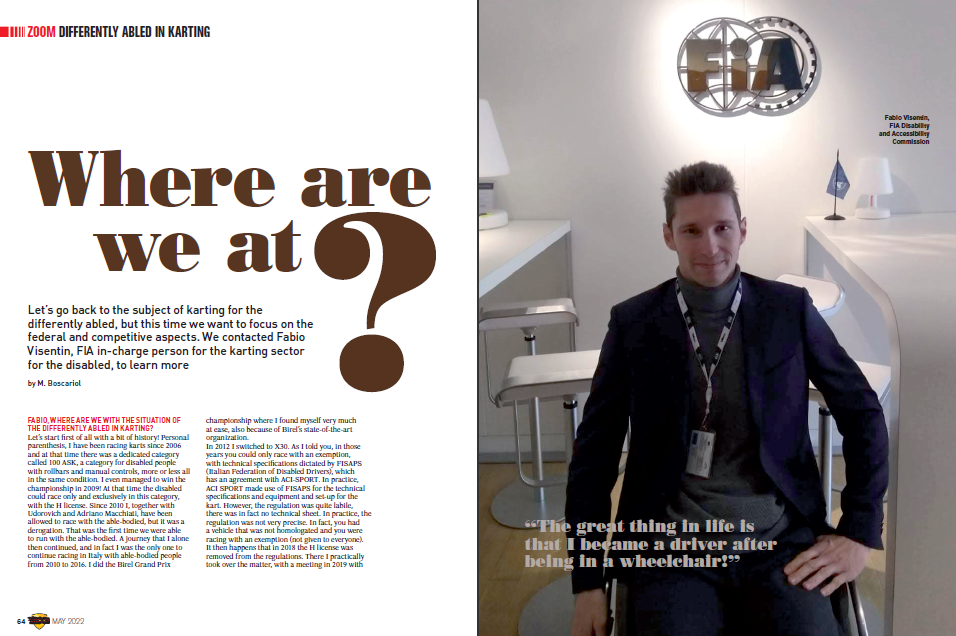 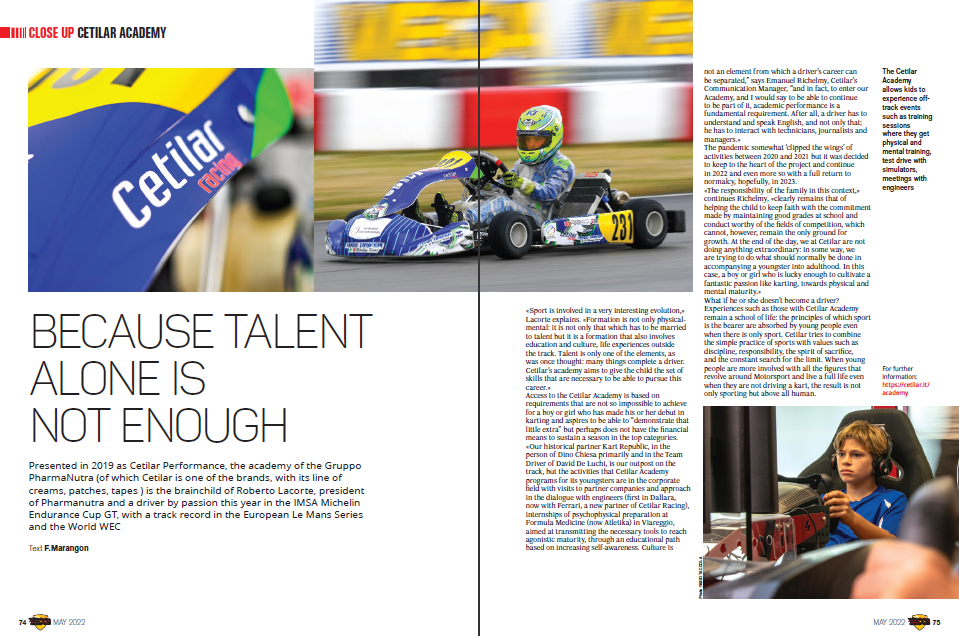 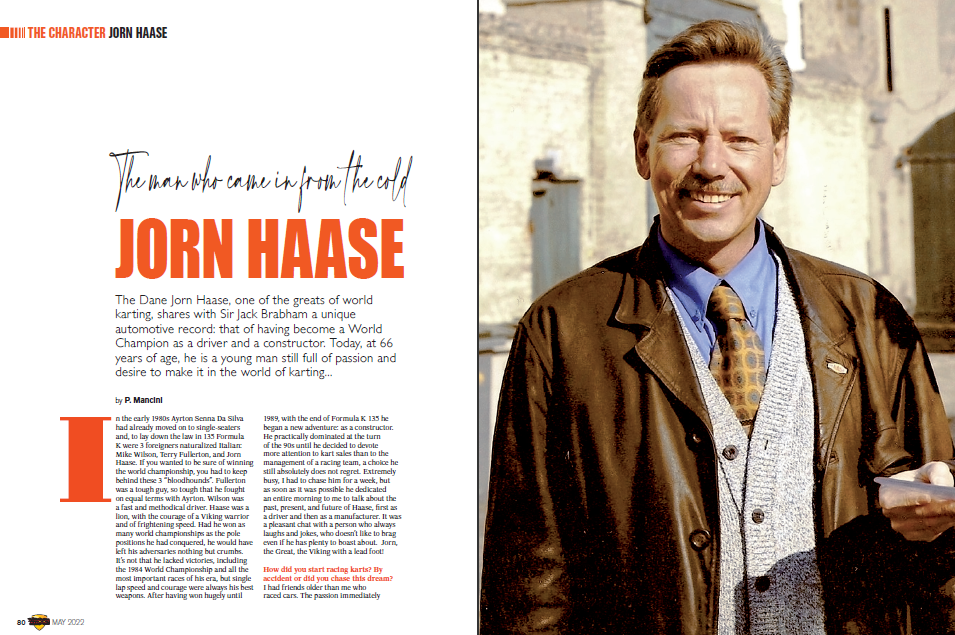 The Early Days of Ohio Karting - Part 4
by Frank Weir 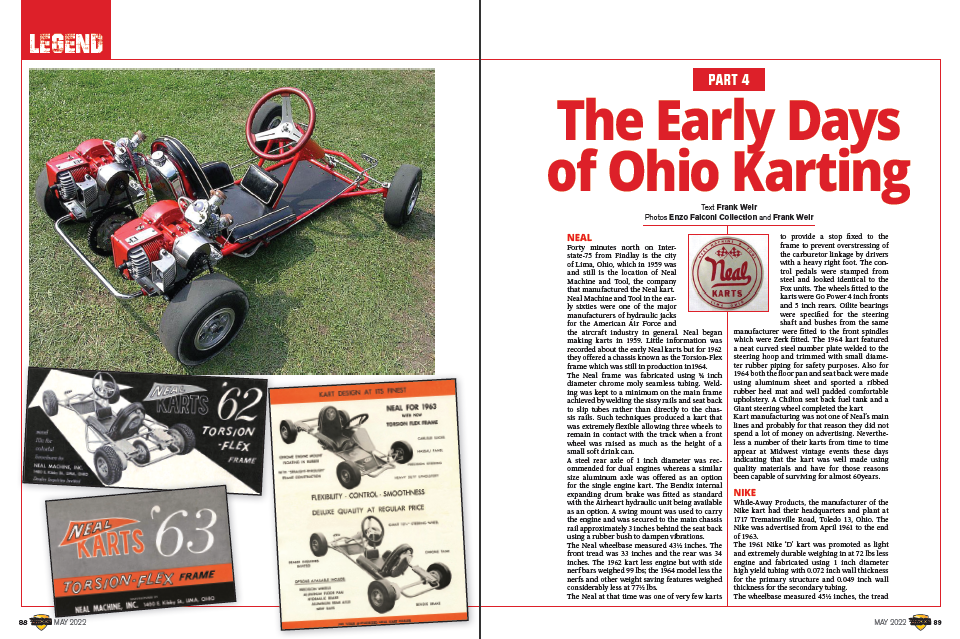