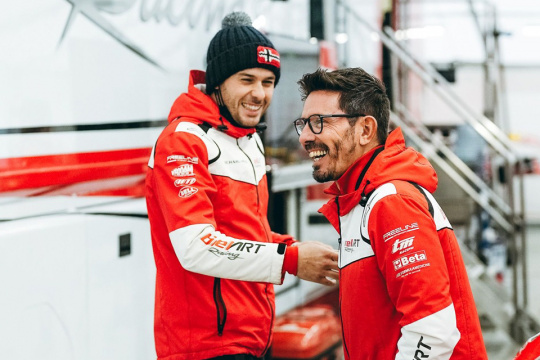 Author: Vroomkart International
At the head of one of karting history’s most symbolic companies, the "Red Army" Boss is a fixed presence in the company and on the track. (F.M.)
Not all enthusiasts may be aware that the Birel Art squadron was born as a direct and explicit wish of Ronni, when in 1995, a new era began for Birel with the official return to competitions. In fact, in the middle of the 80s, due to some commercial choices, Birel had left the competitions, continuing to follow its teams that competed with the Lissone-made chassis but without an official team. Ronni himself explained the reasons for the rebirth of the racing department:
"I happened to be at the track during a world championship and there I saw the trucks of Tonykart and CRG, while we, who like them had made the history of karting - even before them, were present only with our satellite teams that competed unofficially with our chassis. I decided it was time to get back in, and do it in a big way."

The first year in truth things did not go very well, given that a structure of that size was not easy to manage, but slowly the project got going and in 1997 came the first title of the new Birel - Formula C 125 on the track of Ugento - guess with whom? No other than Gianluca Beggio, who somehow had Birel in his blood. In fact, Gianluca's father, Ferdinando Beggio, was Oscar Sala's cousin, son of the historic founder of Birel, Umberto, and with whom he had started competing in karts in the 60s, passing on his passion to his son, who went on to win so much in karts. Birel's history is one of sports and passion that the company led by Sala keeps in balance between a top-level racing department and a widespread distribution of its products for 'amateur' karting in single-brands such as the historic Easykart Trophy (in whose orbit the Karting School Birel Art was born in recent years) and in the Rotax Trophy, of which it has been a consolidated partner for years on the occasion of the Grand Finals.

On the World stage that counts, Sala has always challenged himself, put himself on the line: the bold decision to promote one of his top drivers to the role of team manager was controversial, but the European title conquered by Longhi in the double role was the demonstration in the field – or circuit - that that choice was, indeed, not so risky. From the re-founding of the racing team in the mid-90s, to the agreement with Nicolas Todt to give life to Birel Art in 2014, to the victories under the lights of Las Vegas, Sala has shown in these years to be one of the figures that karting needs to continue to promote itself not only as a foundation of professional motorsport but also as an interlocutor of the Federations for the promotion and diffusion of karting among the newbies.

On the next issue of Vroom Magazine, the exclusive interview to Ronni Sala for his 50th birthday. 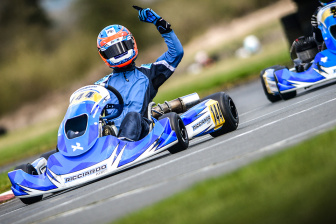