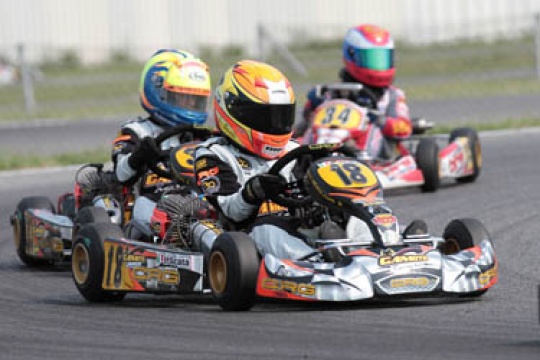 In the last event of the Open Masters of Pomposa, the young sicilian driver wins the 60 mini championship. ‘Speedy’ (CRG-Maxter) is the runner up. Good debut of Alessio Profeta with CRG-Maxter Official Team

San Giuseppe di Comacchio (Ferrara-Italy), 8th September 2010. Great results achieved by CRG in the Italian Championship Open Masters, results crowned by the win of the series in the 60 Mini Italian Championship thanks to the 12-year-old Sicilian driver Lorenzo Scatà, from Syracuse, well assisted by Vincenzo Gatto’s Gamoto Team.
In the sixth and last event of the Open Masters of Pomposa, Scatà had just to arrive in third in the pre-final and fifth in the final and then administer his advantage over his direct rivals in the general ranking to lay his hands on the championship.
Scatà’s excellent result is the right prize for the good job done by Gamoto Team, which – in this very same category – managed to raise another young driver, Angelo Giannone, to the top positions (sixth in the general ranking).
‘We are very satisfied for the win of the championship achieved by Scatà – said Vincenzo Gatto, Gamoto team manager after his driver’s triumph – and for Giannone’s good result. The championship was a tough one; we fought hard for a 60 Mini championship which, for the first time, had so many events in schedule. This is another reason for our satisfaction: the win was not the result of chance or luck, but of the hard work on the CRG chassis, which was absolutely performing on all the tracks, and on the Lke engines.’ 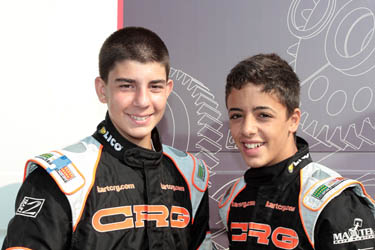 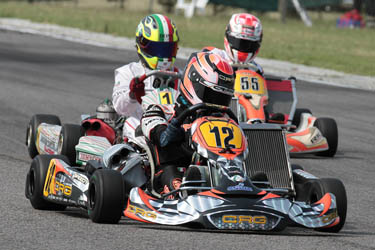 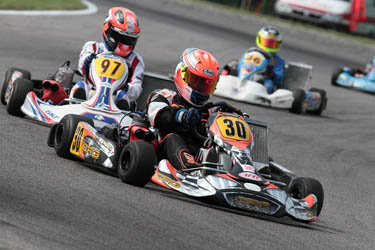 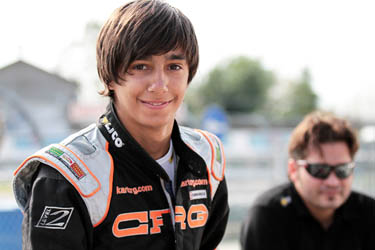 In the other categories of the Open Masters, with the Italian Championship already assigned to Nicola Nolè with still a race left in the most performing category – KZ2 – with the CRG chassis assisted by Galiffa Team, another good result arrived in KF3 thanks to ‘Speedy’, alias Antonio Fuoco. The young driver from Southern Italy, directly assisted by CRG-Maxter Official Team, did not get the win in the Championship by a hair’s breadth. Unfortunately, all his hopes were frustrated during the sixth lap of the final, after leading all the first part of the race, when he had to give in to his direct rival Paolo Ippolito who, eventually, won the Championship with ‘Speedy’ as the runner up of the category.
In KF3 good performances of Alessio Profeta, who has recently joined the ‘all blacks’ team and was at his début with the CRG-Maxter official team. The Sicilian driver came in eighth in the pre-final, but unfortunately he had a crash at the start of the final.
Good performance for Mario Ziletti too in KF2, 14th in the final after being pushed back by a crash in the pre-final.