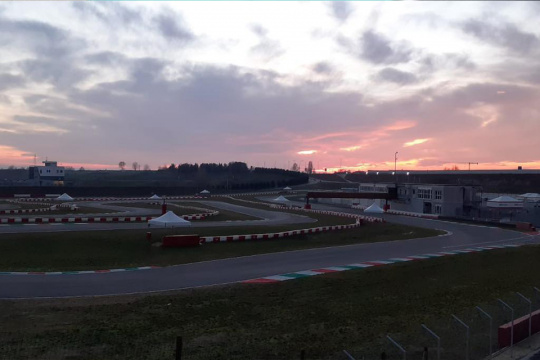 Author: Vroomkart International
RGMMC starts its season from the kart track of Franciacorta with OK, OKJ and KZ2 present in the Winter Series.
There will be 140 drivers in the race weekend, three categories present to "test" the first set-ups that we will find in the FIA Karting field and to launch the Franciacorta circuit even more in the international orbit.

A stage of great importance for all the top teams and the next protagonists of the titled competitions, present on the kartdrome Brescia also to collect useful data on which to work in the following months and to increase their feeling with the layout, defined by many, attractive, fun and "old style".

The track (1300 meters) is in fact distinguished by fast sections, technical sections and especially for the changes in the slope of the track, a feature that collected immediately great enthusiasm.

Filed the first two races of the season, it will be interesting to see if on the new Italian circuit all the values in the field will be confirmed or reversed. It is legitimate to expect a top fight between Coluccio and Taponen in OK Senior, already the star performers at the beginning of the year, as well as the answers from RFM, Birel Art, KR and CRG with Viktor Gustavsson's first presence in Senior.
In OKJ, on the other hand, there will be the hunt for the protagonist right from the start, given the wide range of competitive drivers and teams, as well as in KZ2 with Birel Art and Tony Kart all together.

The weekend will follow the FIA Karting format starting from the three free practice sessions on Friday morning, concluded by the official qualifying. Saturday will instead be the turn of the direct clashes between groups, the final expected on Sunday 27th with Superheats and category finals.