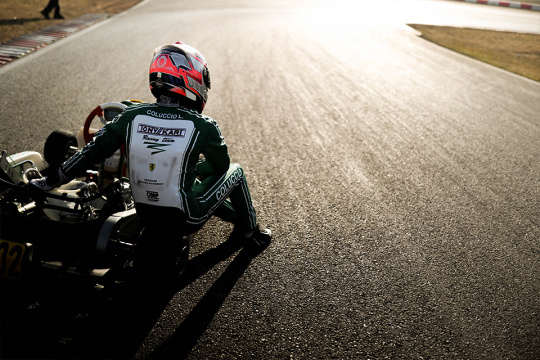 Author: Vroomkart International
Perfect start for the Apulian driver, immediately on the highest step of the podium at his first seasonal appearance.
Exploiting only for a moment a purely football comparison, we can say that Luigi Coluccio scored at the debut with the new jersey. This is a clear and simple synthesis of the opening race with Tony Kart colors, a new chapter in the sporting career of the Vice-World Champion 2021.

Starting from round 1 of the WSK Super Master Series, Coluccio did not take long to "climb" the hierarchies of the team of Prevalle, immediately taking the reins of the team in the queen class of the Presa Diretta. The first weekend in Lonato gave interesting answers (read here) but above all confirmations like the one of the Italian driver among the major exponents of the new Senior category.

The second place obtained in Campillos during the OK World Championship, if we want, has only relaunched the figure of Coluccio already well established in previous seasons. Going back in time figure, in fact, another "world" podium and this time with the colors Birel Art, in that of Kristianstad in 2018. Example that together with placings, victories and noteworthy performances has allowed the Apulian to establish himself season after season as the next flag of Italian karting. 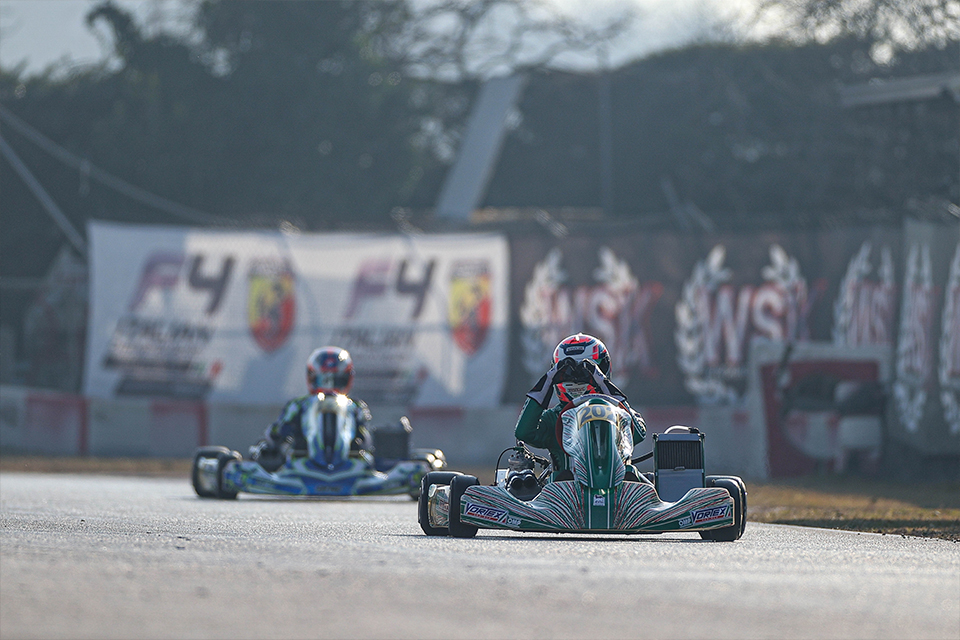 From the attitudes and willingness, at least up to this moment, of Coluccio himself to stay in OK, it is easy to see again the same passion of the greatest names of Italian karting, in love first of all with speed, category and hunger for victories before the quick passage to Formula, obviously coveted by all but positioned for some even before the sporting maturity.

With the first victory already in the bag, Coluccio has not only put the wheels in front of the reigning Champion Taponen, of the "future boy" Freddie Slater and of the navigated teammates but, among other things, he has been able to do better than other names that tried the Tony Kart way without succeeding in engraving. Even though we know very well the long and tortuous calendar that will wait for Coluccio and his colleagues, we can already include the Italian driver as an aspiring absolute protagonist of the season that has just begun.

Next week, another round and another race, always in Lonato to add the second step towards the titled races and the rank of Captain.