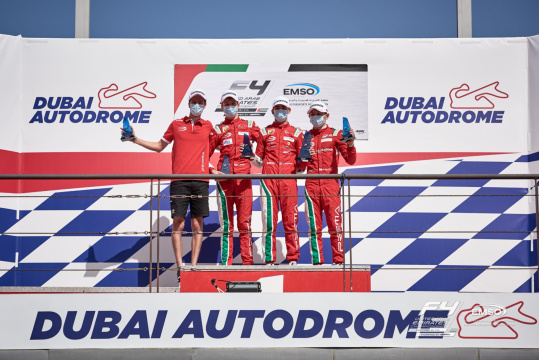 Author: Vroomkart International
The two categories also sent the second round of the UAE Championship to the archives, this time on the circuit of Dubai.
Just a few kilometers away were enough to resume the discussion that had just begun in Abu Dhabi the week before. All the protagonists of the two categories challenged the first values on the field, "repackaging" an interesting weekend.

F.4 UAE
If in the first round it was Andrea Kimi Antonelli's turn to monopolize the scene, in the second round it was James Wharton's turn. The Australian driver, at his first race in F4 after his karting experience in KZ2 until last year, has repaid the trust of the Ferrari Driver Academy by starting to bring home useful results. With three pole positions obtained in the first three races, Wharton was able to administer with authority, scoring a hat trick from Race 1 to Race 3. Not an easy task for the Abu Dhabi Racing by Prema driver, who had to manage his opponents but also the restarts after the Safety Car, proving he was ready to have his say. The first three podiums also saw the alternation of names already present in Abu Dhabi and, presumably, also in the course of the season. Two podiums for the Thai driver Tasanapol Inthraphuvasak (MP Motorsport), the same for Charlie Wurz (Prema Racing) and Aiden Neante (Abu Dhabi Racing by Prema).
An almost completely different scenario for the fourth and last race of the weekend, led also in this case by many former kart drivers at their first season in single-seaters. Victory in comeback for Niki Bedrin, already the best rookie of 2021, again at the top with PHM Racing (already winning last week with Taylor Barnard), second place for the former Lennox Racing Martinius driver (3Y by R-Ace Gp) Stenshorne, third place on debut for Rafael Camara (Prema Racing) absent in the first round due to Covid.

With these results, at the moment Wharton leads the classification (despite not having scheduled the third round where instead Antonelli will be back), second is Neate and Inthraphuvasak in third. Wharton also leads the rookie ranking ahead of Stenshorne. Appointment for this weekend with Round 3, again at the Dubai Autodrome (February 4-6, 2022). 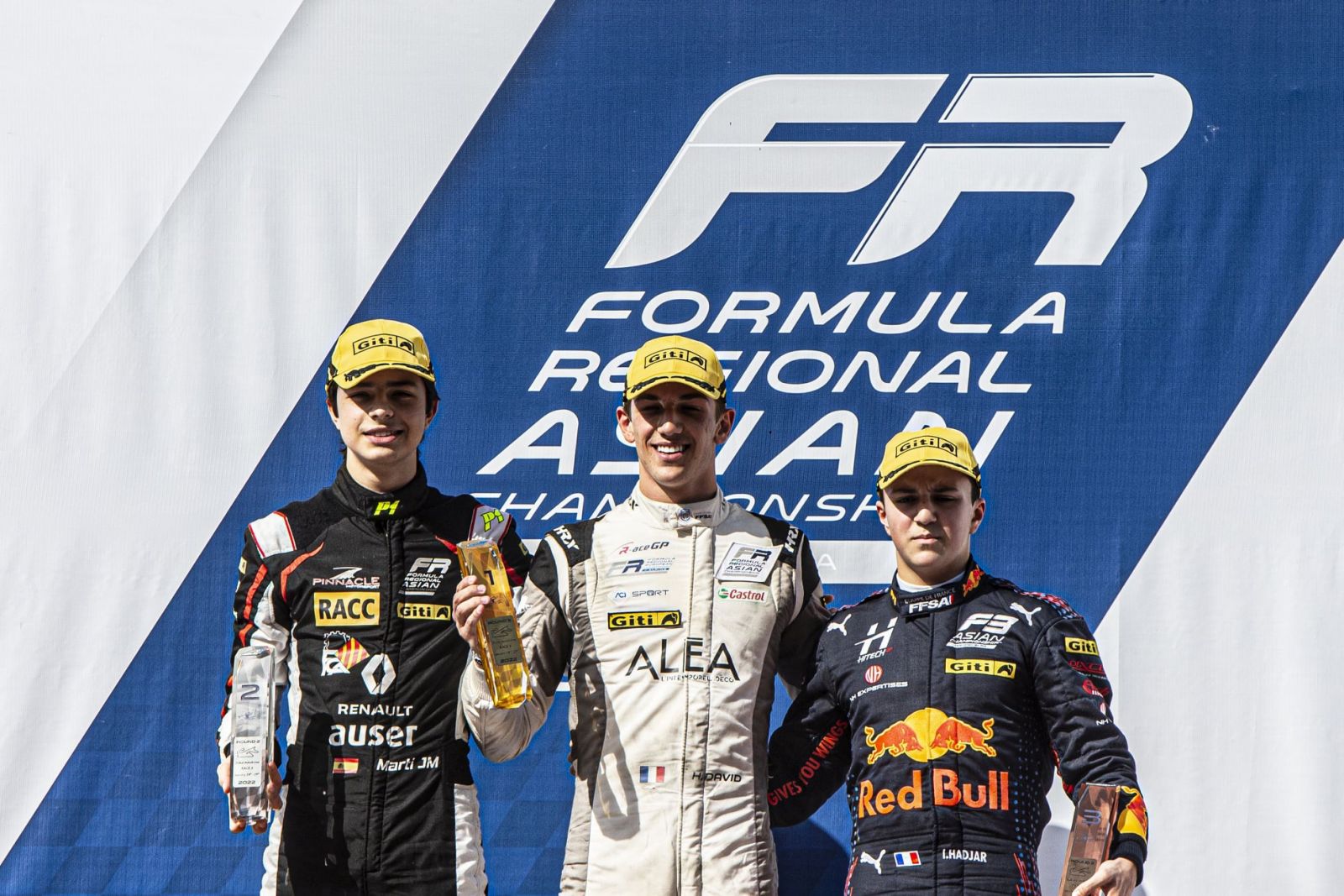 F.Regional Asian Championship
During the week before the event we spoke to Amna Al qubaisi who was involved in a scary crash at the startline last sunday (on row 10, Bolukbasi had stalled and Amna could not avoid his car, reminding us the nasty Fittipaldi crash last month, where the Brazilian was seroiusly leg injured ) and she confirmed how the survival cell of the Tatuus did its job: «The crash it was unavoidable. I didn't see the flags as I was blocked by three cars next to me so I assumed no one stalled and went to the left and that's when I saw a car stall. The survival cell made me feel very safe and I think it actually saved my life, as the impact was very strong». What made these crashes different was mainly the fact that the stalled car wasn't in the 1st row this time so when the impact occured the speed was lower. 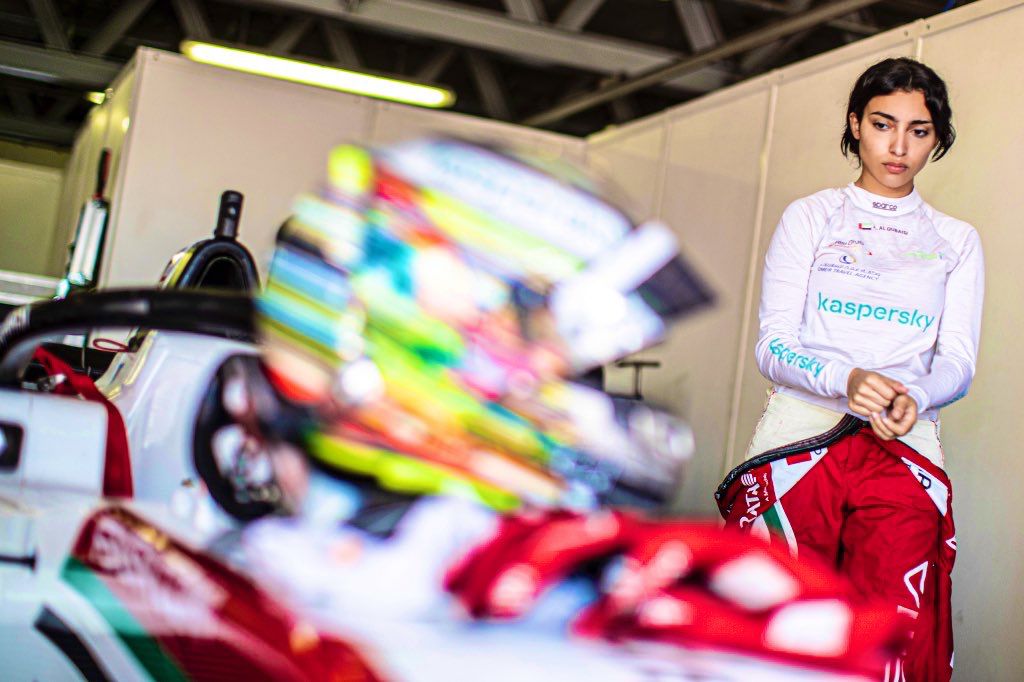 Three more races in the second Asian round of the Formula Regional then got the dancing started. The race on the Dubai Autodrome relaunched some drivers who were not too lucky in Abu Dhabi, reshuffling the cards even in this case.
Double win for the 3Y Technology UAE guys thanks to the exploit of the Frenchman Hadrien David, victorious in Race 1, after passing unscathed the great tussle with Pepe Martì (Pinnacle Motorsport) second and Sebatian Montoya (Mumbai Falcons Racing Limited) still positive.
Another bloody tussle between David and Martì also in Race 3 with the Frenchman able to take the double despite his Spanish rival, also in this case at loggerheads with only three tenths of disadvantage. Podium confirmed also for Isack Hadjar (Hitech Grand Prix).

In Race 2 Leclerc triumphed, Arthur in fact opened the one-two of his team traveling in tandem with his partner Dino Beganovic, in revenge compared to Abu Dhabi. Third place again for Hadjar.

After the first two rounds of the championship, the ranking sees Arthur Leclerc in the lead with 73 points ahead of Frenchman David with 64 points, Hadjar in third place at the moment with 61 points. Also for the Formula Regional Asian Championship third round of races again at the Dubai Autodrome, in Grand Prix version, new entries and changes on the grid are expected.