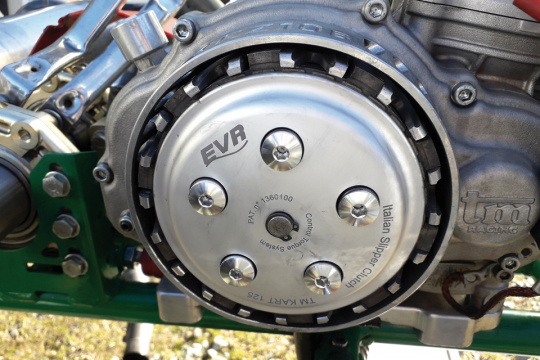 Author: Vroomkart International
EVR slipper clutch for 125 KZ. How Edo Vigna came up with the idea of developing a slipper clutch for karts after the success of this device on motorcycles, both racing and road. (p.m)
Edo Vigna has been in the motorsport world for over 50 years, first as a motocross rider and then as a technician, starting with the preparation of motorcycles for uphill races. His curriculum also includes a decade as a teacher of mechanics in a vocational training center. On leaving this job, he dedicated himself to his passion for motorcycles full time, achieving the first important milestone with a victory in the Sport Production Championship in 1992 with the Ducati 888.