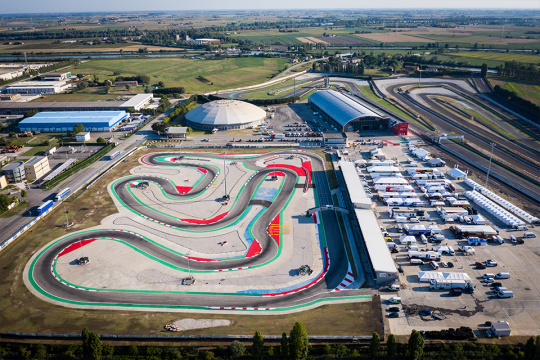 Author: Vroomkart International
In the late afternoon of yesterday, the news of the seals at the gates of the Adria Raceway caused a sensation until the official confirmation of this morning.
A complex story that of the Venetian facility, ready for this season to host major international Karting events and not with a track for cars and motorcycles, among other things just rebuilt. Races that will be forced to change location because of the fiscal issues that led in the late afternoon of yesterday Carabinieri and Guardia di Finanza to clear the premises.

In the meantime, waiting for further developments, the race calendar is forced to change with the first WSK weekends already rescheduled in Lonato starting from this weekend (Champions Cup and round 1 Super Master Series). The last round of the FIA Karting European Championship (KZ-KZ2), scheduled in Adria in mid-June, will also be modified.