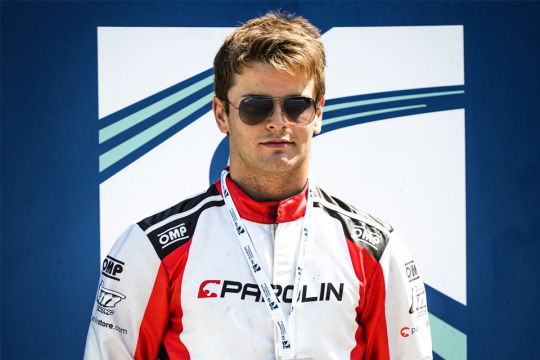 Author: Vroomkart International
Lorenzo Travisanutto ended his 2021 in the old way, that is, by returning to the podium’s top step on the year’s most important weekend.
An easy recipe for "Travi": free practice, qualifying, heats, race, and trophy of a World Champion. A scene already seen at other times and in other venues but more significant than ever if taken into consideration circumstances and, above all,the prestige of a title in KZ2.
On the Kristianstad circuit (Sweden), Travisanutto has always had a great feeling, both for the weather conditions often found and for the track’s layout, but especially for all the memories and motivations that also on the occasion of the KZ World Championship and KZ2 2021 have reloaded and recharged Lorenzo.

Taking a step back, after the last pearl in 2019 in Finland, where the Italian took home the second OK Senior World Championship in a row, Travisanutto tried the Tony Kart path by becoming an official driver. A landing in the Prevalle-based company that gave us hope right from the start, a way to give even more prestige to the historic team and the driver. Unfortunately, the project collapsed almost immediately with some good races in the WSK field but too much difficulty in the FIA ​​field, the Italian's favorite hunting ground. Travisanutto's decision not to compete in the last races of the European Championship and to leave Tony Kart definitively, for some time, foreshadowed his retirement from racing to devote himself to his career as a Driver Coach. As often happens, voices are clearly distorted after the official announcement of Parolin in view of the World Championship in Portimao with Travisanutto color bearer of the Venetian team. A new start that immediately brought the driver back to battling for the leading positions, ending the world championship event in sixth place.

That placement and that renewed competitiveness today can easily represent the rebirth or simply yet another new chapter for Travisanutto with the long-awaited arrival in KZ2 at the beginning of this year. After the first tests, Lorenzo himself had admitted to our microphones that he still had to completely familiarize himself with the change in category, which is not an easy task given the reduced schedule compared to the Senior and his increasingly pressing coaching commitments. After a few appearances to break the ice and the usual desire to emerge, once again the most important competitions of the year smiled at Travisanutto and coincided with yet another key moment in his career. Precisely in the very last stage of the KZ2 European Championship in Adria, Travisanutto gave life to his ascent, going on to conquer a podium that was practically unexpected by everyone. A third place obtained with perseverance and experience by remaining, as he did, in ambush, ready to pounce, until the decisive moment.

In Adria, Travi himself, speaking of the upcoming Swedish World Championship, concluded by saying "maybe I’ll surprise youthere too", a prophecy we might now say or simply the new dimension of the Champion just unlocked at that moment. What happened in Kristianstad in September is already in the annals of karting and "physically" on the notice board of Travisanutto, author of the simply perfect weekend from qualifying, passing through the heats, the pole position for the final and the triumphal drive with a margin of 2.5 seconds to become the KZ2 World Champion (with the new FIA denomination). A victory that in the eyes of insiders and those present immediately recalled the overwhelming triumphs of the Senior category. With the feat from Kristianstad, Lorenzo Travisanutto has officially entered the special list of talented all-round Champions by category, for titles and trophies won and, above all, for the strength to cash in, change course, rise up, and finally celebrate once more. 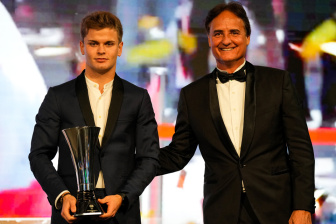 Travisanutto: titles and karting as a profession