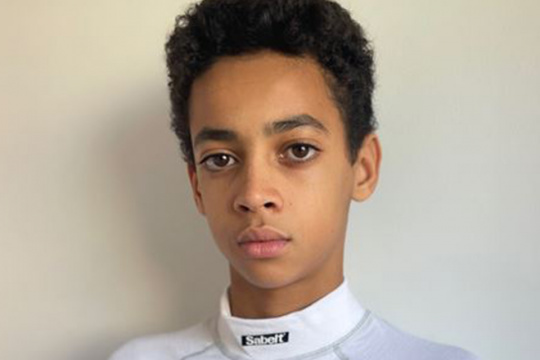 Author: Vroomkart International
The year-end market news start to arrive, in this case a change of category with the 2020 OKJ European Champion ready for the British F4.
Ugo Ugochukwu will make his official debut in British F4 starting next year with the colors of the historic Carlin team. An important step for a driver already in the single-seater orbit with the inclusion in the McLaren young driver programs in the middle of the season just passed.

Ugochukwu's path tends to be more and more similar to that of Lewis Hamilton or of the more recent Lando Norris, both grown up in karting and then moved to single-seaters in view of McLaren. After the various tests in which the driver took part, he could have made his debut even earlier with the English team in the F4 UAE, a kermesse that he will have to skip due to the age limits imposed as the American will still have to turn 15.

The OKJ 2020 European Champion is the first name in the Carlin line-up for a 2022 full of changes, starting with the introduction by the British F4 of the F4 Gen2 chassis by Tatuus and an Abarth engine.

«I'm really excited to move to British F4 next season and follow in the footsteps of many talented drivers», said Ugochukwu on his arrival at the Carlin team - «I feel very good about the team and our pre-season preparations are already going well. There will be a lot to learn, but I have a great team around me to help me face all the challenges. I can't wait to get going».

«Ugo is an exciting new talent and we are delighted to have him with us for this first step up the single-seater ladder», said Trevor Carlin, Team Principal - «despite his very young age, Ugo is doing a great job in winter testing. He is quietly taking it all in and making great improvements with each session; the sign of a driver full of potential».