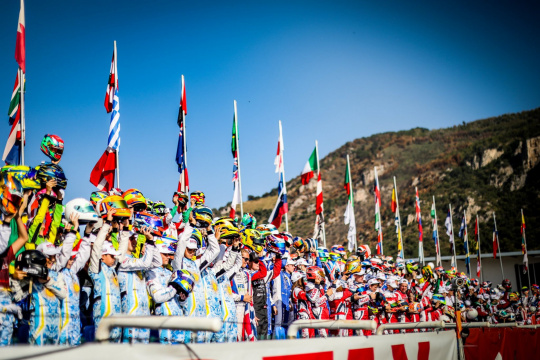 Author: Vroomkart International
While waiting to know the winners of the 21st edition of the 2021 Grand Finals in Bahrain, we took the liberty of drawing up a ranking to know the nation with the most victories to its credit.
In these twenty editions (from 2000 to 2021, excluding the unlucky 2020), the Rotax world has been able to reach all corners of the globe organizing memorable editions documented by Vroom in these twenty years, in which the exploits of the protagonists of the most captivating and representative karting movement of this motorsports discipline have been reported.

Before electing the winners of this 21st edition, we asked ourselves which was the most successful nation ever.

Scrolling down the roll of honor of the Rotax Grand Finals we counted as many as 27 different countries with at least one winning driver in the various categories.

At the top of the special ranking of the most winning Nation, there is South Africa which has seen its own drivers triumph a total of 14 times. Great Britain follows with 9 wins, while France is third with 7 wins.

In the Nations Cup, instead, despite the interruption in some editions, 8 Nations have won the trophy at least once, Great Britain is the most successful country with three wins.