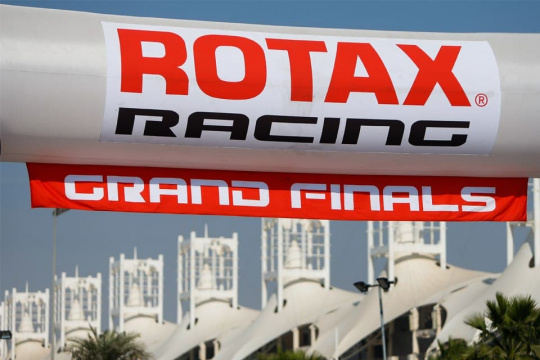 Author: Vroomkart International
A tribute to all the participants of the 21st edition organized this year at the Bahrain International Karting Circuit in Sakhir.
Starting February 2021 Vroom has begun the publication of the RMCGF events from the very first edition in Puerto Rico in November 2000 up to the 20th held in Sarno, Italy, in October 2019.

From Vroom N ° 235 onwards you can relive the exploits of the key players thanks to the complete reportage of each event as well as the story of those drivers who managed to make their mark in motor racing. You can read the full report in the digital versions published on www.pocketmags.com. Cost per copy: € 2.99.

A beautiful story, or history, that we wished to retrace alongside the protagonists who have succeeded each other, reliving together the incredible sensations that only this event has been able to create.

An event that has always involved the most representative figures of international karting. A celebration of Motorsport that highlights the true essence of karting: participation, passion, combat, thanks to an exclusive format that offers a sensational opportunity to practitioners from all over the world.

An emblem of world karting that has formed and launched numerous drivers in the history of Motorsport up to F1, the highest expression of motorsport, well represented by Max Verstappen who began his adventure with the Rotax MAX.

We wanted to call this collection “A Beautiful Story”, a recognition of the most captivating event ever held in the history of the international karting finals.

No Vroom No Race