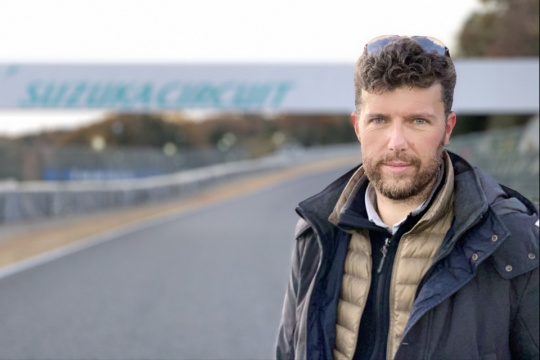 Author: Vroomkart International
Given the ever-hot topic of safety in karting, and the fact that vehicle performance must be assessed in the context of the circuits where such performance is possible, we have involved an expert in the field in the debate. (f.m.)
In order to be as objective as possible on the subject of safety in the design and homologation phase of a circuit, we asked one of the best known and most appreciated technicians on the subject, Jarno Zaffelli, who was in Abu Dhabi where he is working on the modifications to the Yas Marina F1 circuit. His most recent work includes the rebuilding of Zandvoort, which has returned to the F1 calendar after decades, and the making safe for F1 of the Mugello and Imola circuits, as well as Silverstone, Paul Ricard and Portimao. His CV also includes the famous 'remake' of the Pista di Parma at Mooresville, in the United States, and the new Kartodromo di Cremona.
"The homologation process for a track follows the guidelines of the FIA, to which the project is submitted by the ASNs (national federations). Basically, it's about meeting minimum requirements, which sometimes even the project of an 'occasional designer' can exceed."

We ask Zaffelli to explain what he means by 'occasional designer'.
"There are two types of project: those carried out by track designers for a living, i.e. professionals, and those who - for whatever reason, and also sometimes because they have a certain degree of expertise - design circuits occasionally or even on a 'one-off' basis. Generally speaking, a professional takes into account many factors precisely because he or she has the experience of years of work, of accidents, and we are talking about thousands of accidents in hundreds of different possible situations. In short, an irreplaceable wealth of expertise when we want to create a circuit that is as safe as possible.

How can a circuit be considered "safe": what are we talking about when we talk about "track safety"?
"A well-designed circuit, as well as a good design, is born with a great deal of simulation work that takes into account everything that lies behind us: we can only rely on experience, because when we talk about motorsport, and generally about situations with a certain degree of intrinsic danger, we work on the probability and the possibility that something will happen. In motorsport, losses of vehicle control are possible and probable. And it is possible to contain them effectively in the vast majority of cases...


But losses of control generated by collisions between competitors, while also possible, are in their dynamics imponderable and unpredictable. Our options are only to contain the consequences of probable and foreseeable accidents. The unpredictable, by definition, cannot be predicted in terms of location and dynamics, and are generally attributed to the residual risk factor that is inevitable in motorsport.
It is clear that 100% safety is an ideal but unrealistic goal. But its pursuit can improve the level of safety. Let's think for a moment about Jules Bianchi's accident in 2014: it formed the basis for the introduction of something that has greatly improved the safety of single-seaters (Halo, ed) and there has been no shortage of situations in which the new system has saved the lives of several drivers over the past 7 years. It's part of the process of safety evolution following unforeseeable accidents from which we can learn a lot.

So how does a circuit designer actually work?
"It's a job that is done more on the computer - if we're talking about safety - than with pins on the track. Although it's basically not so much the method as it is the experience and the ability to consider the enormous archive of accidents that have already happened and from which to learn in order to prevent them. We have a base of more than 40,000 accidents to start from when we get down to work, considering that our task is often to improve safety on existing circuits. It is not necessarily the case that an unsafe circuit cannot become unsafe through cleverly designed and implemented modifications.

Speaking of escape routes, why is grass not used in many cases? Or, to put it differently: is there a better system than others for slowing down a car, kart or motorbike after leaving the track? Is it true, for the sake of clarity, that on asphalt escape routes the vehicles slow down more once they leave the track?
"The proliferation of asphalt escape routes (think of Paul Ricard, COTA in Texas or some go-kart tracks) is the result of a historical technical misunderstanding. Following Senna's accident at Imola in 1994, a pool of FIA engineers led by Peter Wright observed numerous accidents to calculate which surface offered the best deceleration coefficient, and this apparently turned out to be track asphalt - winning out over grass, gravel or other. The basic assumption of that work, however, was that the vehicle was locking the wheels with all four brakes in action, the wheels inflated, aerodynamics working, with a driver therefore fully aware and in control of the vehicle, a situation which does not always follow a high-speed run-off or worse, due to racing contact with associated mechanical damage. The definition of the guidelines that followed from the early 2000s spoke of two deceleration coefficients (on-track and off-track) without discriminating either the cases of loss of control outside the case studies taken into consideration or the different possible off-track materials. On track was therefore assumed to be the best coefficient at all times, and this led to the indiscriminate use of asphalt escape routes. The point is that there are no 'best' escape routes tout-court. There are escape routes suitable for certain types of corner. For example, when we worked on improvements to some F1 and MotoGP circuits we replaced asphalt escape routes with grass and gravel and vice versa. Safety on circuits is a tailor-made job that has to provide the best possible solution for the specific spot on the track in question. Even when an accident occurs, no matter how serious, our task is not to draw hasty conclusions, but to analyse with a cool head what happened, to read or reconstruct the data and ask ourselves if something can be done to prevent it from happening again. "

But let's come to our own little world, karting, made up of circuits that are not always safe or rather, perhaps a little too fast in recent years. Whose responsibility is it?
"It must be said, and emphasised, that when there is a Federal homologation the private organisers are relieved of responsibility. In the sense that it is the Federation, having homologated the circuit, that is the "guarantor" of the safety aspects of the event registered for the Championship. In the event of an accident, in Italy (where a large number of international races are held), the criminal code stipulates that responsibility can also fall on the manager of the facility, should accidents with serious consequences occur, as well as on the Race Director. These are roughly the figures involved, although there are many variables to bear in mind that vary from one case to another."

In conclusion, can we say that perhaps karting tracks today are a bit too fast?
"In fact, karting is a world where a lot of money has started to roll in, where very young drivers have big investments behind them. There is less desire to learn, and twisty circuits - that is, circuits that are full of corners and selective - are less popular, because you want to put that into perspective: coming from who knows where, with a large deployment of vehicles and teams and then "taking the pay" from a local driver who drives better? In karting, the design of tracks has lately been following a logic that favours speed performance to the detriment of pure driving, and I hope that the trend will be reversed as soon as possible".