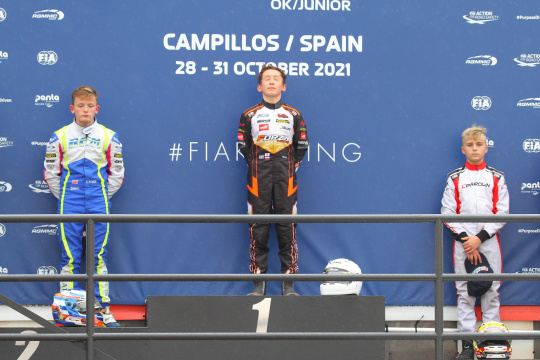 Author: Vroomkart International
This is the end of the World Championship of Campillos, two wet races that give the world title to Kean Nakamura-Berta in Junior and Tuukka Taponen in Senior.
For the second year in a row a rain-soaked Sunday for the protagonists of the FIA Karting OK and OKJ season. The rain was fine and heavy enough to wet the track in the two hours before the final, putting back into play those who had hoped from the beginning for a wet weekend.

OK - Taponen glacial and Champion
The FIA Karting season of the Senior category ends almost in the same way as 365 days ago with the big party of Tony Kart men. Starting from the fifth position overall, Tuukka Taponen put into practice all the experience made in the last years and the great awareness of being able to play all for everything since the beginning. Only five laps were needed for the Finn to recover the gap on Rafael Camara (KR) and overtake him in the first sector of the circuit. It was a short-lived World Championship for the Brazilian, who went from first place to a forced retirement just on the eighth lap due to an alleged technical problem. Make way, therefore, to a daring Taponen called "simply" to give the next race pace, too fast for all but enough to become World Champion with almost eight seconds ahead. A bittersweet Sunday for Ugo Ugochukwu, pole man of the final but in trouble after the first laps of the race so much so that he could not fight for the first three positions, making the task easier for Arvid Lindblad (KR) and Luigi Coluccio (Kosmic). "Cold war" between the two drivers firmly in second and third position, later exchanged at the parc fermé (5sec penalty for the spoiler given to Lindblad). Coluccio brings Italy back on the podium, putting an end to a weekend of great level. Fourth place for Ugochukwu, fifth Nikola Tsolov (DPK). 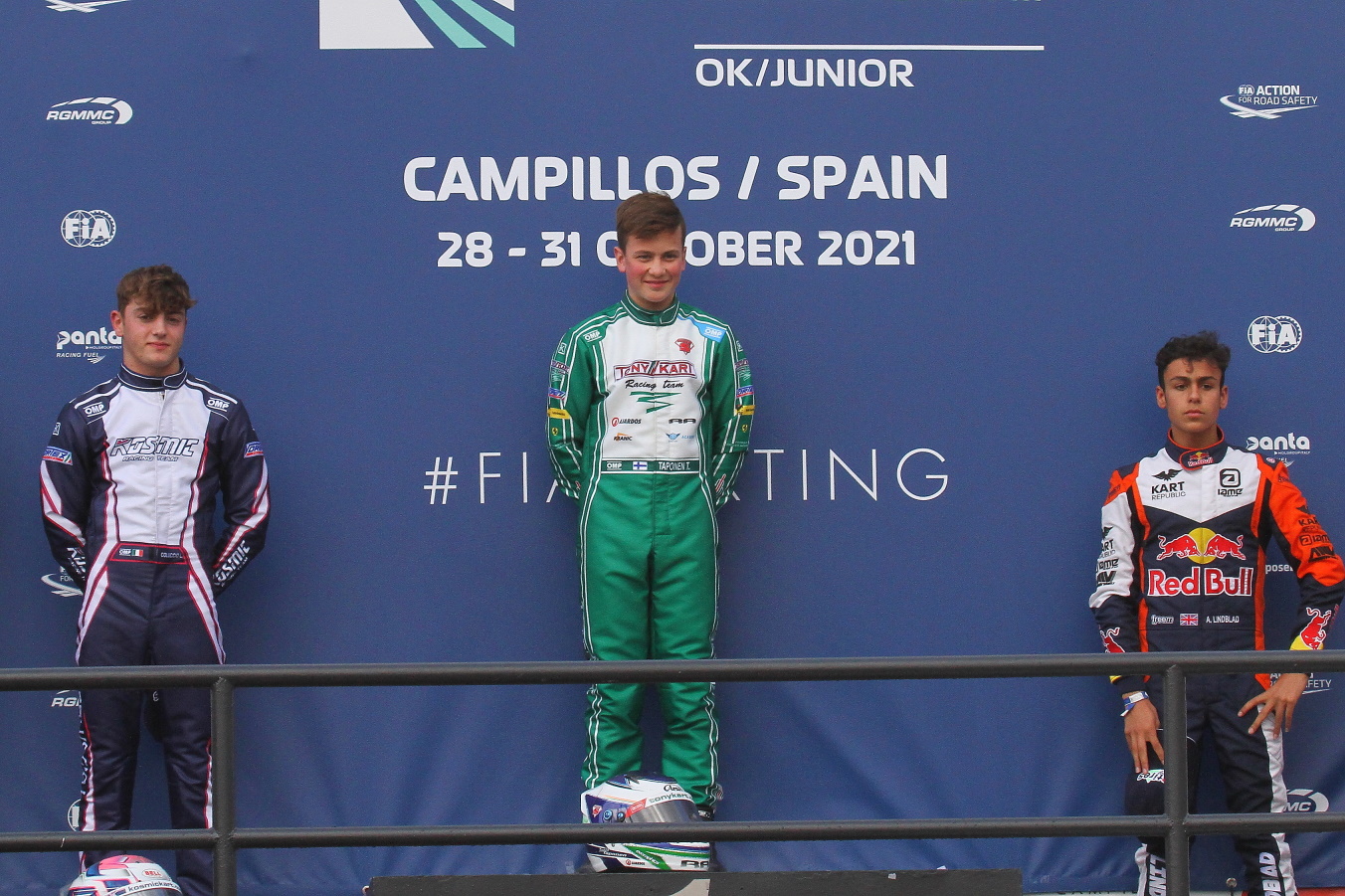 OKJ - Nakamura-Berta Japanese hero, Slater penalised
Thrilling final for the Junior, fought on the track and decided only by the rules at the end of the race. Freddie Slater came close to a great double win, perhaps one of the best races of his career. The Englishman was forced to fight against bad luck after yesterday's retirement in the third heat when a stone damaged the RFM driver's braking system forcing him to retire. All the more reason to fight in the final and repeat what he did in Portimao in 2020, again on a wet track, again riding in a surgical way, so much so that he recovered 12 positions and won by 4.7sec ahead of the competition. The gap was as impressive as it was cruel when compared to the 5sec penalty given to Slater himself for his front spoiler. The sceptre of World Champion is therefore inherited by the Japanese Kean Nakamura-Berta (Forza Racing), author of a comeback of seven positions and the only one able to contain the gap from Slater, crowning a dream first time at the World Championship. Third place in the hands of the Russian driver Anatoly Khavalkin (Parolin) also at his first presence in the rainbow competition with nine positions improved. Nothing to do for the two protagonists of Friday and Saturday, fourth David Walther (Koski Motorsport) and fifth Tomass Stolcermanis (Energy) after starting from the first row.

The FIA Karting season launches the appointment to 2022. 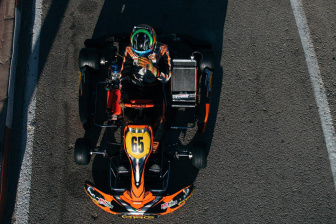