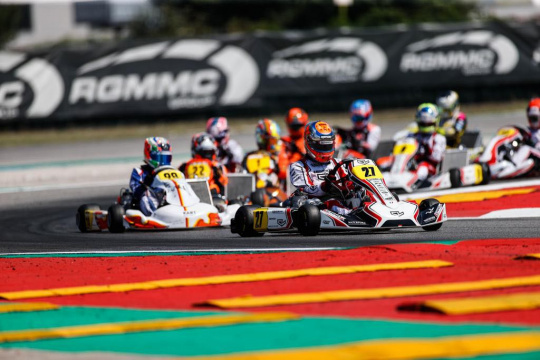 Author: Vroomkart International
Saturday of direct confrontations with Matteo Viganò (KZ) and Giuseppe Palomba (KZ2) ahead in the combined classification, one heat still to be run for all.
The cards are revealed on the eve of the new season finale. Many fights today, already determining the new starting grid for the category finals, on stage tomorrow at 01.45pm (KZ2) and 03.40pm (KZ) live on fiakarting.com.

KZ - Viganò the best of the day
Matteo Viganò made the most of the first row of the grid obtained yesterday, two victories out of two heats for the Lennox Racing driver, with an advantage over his competitors. The race pace shown by the Italian leaves no doubts about the great level of competitiveness he has rediscovered and dominated up to this point. A virtual second position for a Paolo Ippolito who was more than positive for CRG colours, second in both the heats. The top three is closed by Andrea Kimi Antonelli (KR), absolute protagonist of his first weekend as KZ driver with two good progressions. The high level of the competition does not seem to have intimidated the OK European Champion, who is constantly at the top. The top five was completed by Stan Pex, up from yesterday, and Viktor Gustavsson, who completed a great day at Lennox Racing. A long-distance challenge between Emilien Denner (Intrepid), provisionally sixth, and Riccardo Longhi (Birel Art), currently 15th. The leader of the overall standings does not give up, facing each heat as a final with the intention of recovering as much as possible, turning on even more the challenge of the queen class. Last heat scheduled for tomorrow at 10.30am. 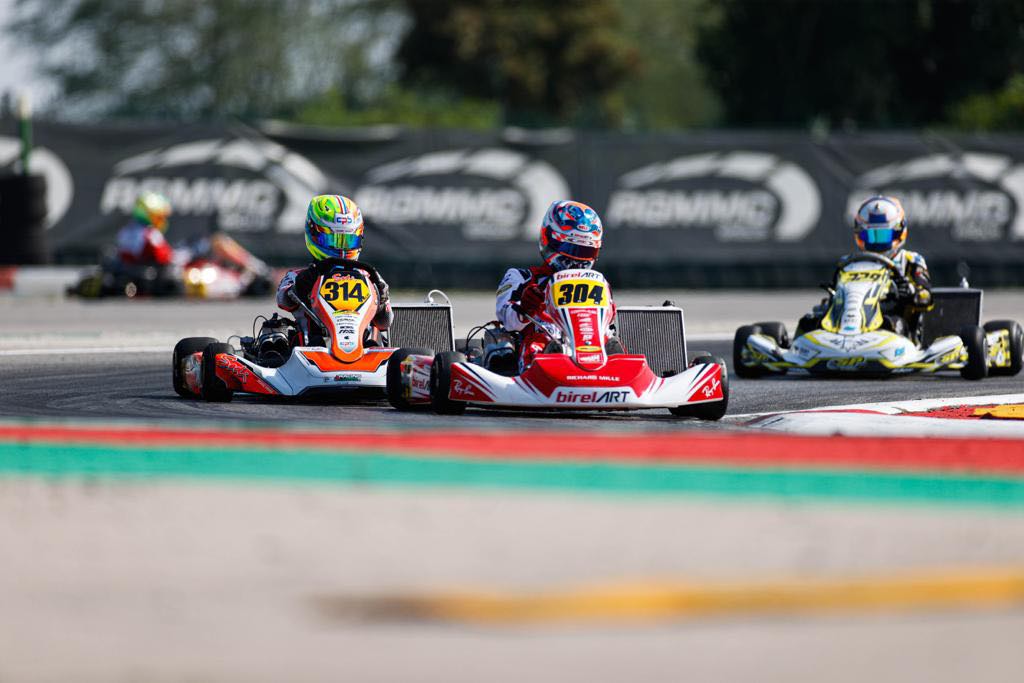 KZ2 - Palomba on top!
A very open battle in KZ2 for the final pole position. Giuseppe Palomba (Birel Art) leads the general classification with four wins out of four heats run. After the last minute adjustments, Danilo Albanese's first place is momentarily lost due to the penalty for jump start in the second heat. The KR driver is therefore in virtual second position. Virtual third place in the hands of Giacomo Pollini with two wins and two second places. The NGM Motorsport driver is among the best in the fight for the final classification, closely marked by Senna Van Walstijn (Sodi Kart) behind him, fifth again a CRG chassis with Paavo Tonteri. For the fight for the title: Laurens Van Hoepen (Lennox Racing) is getting closer to the top five, Leonardo Marseglia (KR) forced to chase the top ten after the technical problem of the morning, recovered with three heats in the first positions. Last three direct clashes starting at 09.30 tomorrow morning.