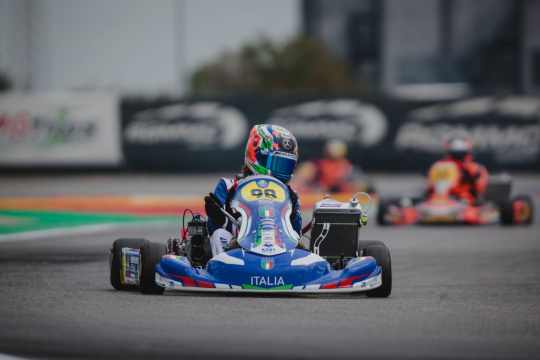 Author: Vroomkart International
The last weekend of the European season has started for the KZ and KZ2 classes. Antonelli (KZ) and Albanese (KZ2) signed the pole position on Friday.
The Adria event is a hot one, which will not only award the title of European Champion but also anticipate what we will see during the World Championship in Kristianstad in the next weeks. First day in the archives with the results of the time attack ready to give life to the heats scheduled from tomorrow morning (streaming on fiakarting.com).

KZ - Antonelli takes pole at the debut
Andrea Kimi Antonelli gets a sensational pole position at his debut in the European KZ Championship. Freshly European OK Champion, the driver from Bologna did not waste any time even in the queen class, immediately taking the overall pole position ahead of a more than renowned competition. Antonelli's performance is more and more reminiscent of Max Verstappen. Fast lap in 48.031 with a tenth of advantage on his most direct rival Matteo Viganò (Lennox Racing), back to the top of the ranking followed by teammate Viktor Gustavsson. The Swedish driver did not betray the expectations up to this point on the track most favourable to him. Good fourth place for CRG with Paolo Ippolito, fifth place for Emilien Denner (Intrepid) among the big favourites for the pole position. Sixth Jeremy Iglesias (CRG), followed by Pedro Hiltbrand (Lennox Racing), Francesco Celenta (Parolin), Adrien Renaudin (Sodi) and Noah Millel (Tony Kart) from sixth to tenth place. Unexpected qualification for the leader of the general classification, Riccardo Longhi (Birel Art), forced to recover from 21st position. Two heats scheduled tomorrow plus one on Sunday morning for a final to be written. 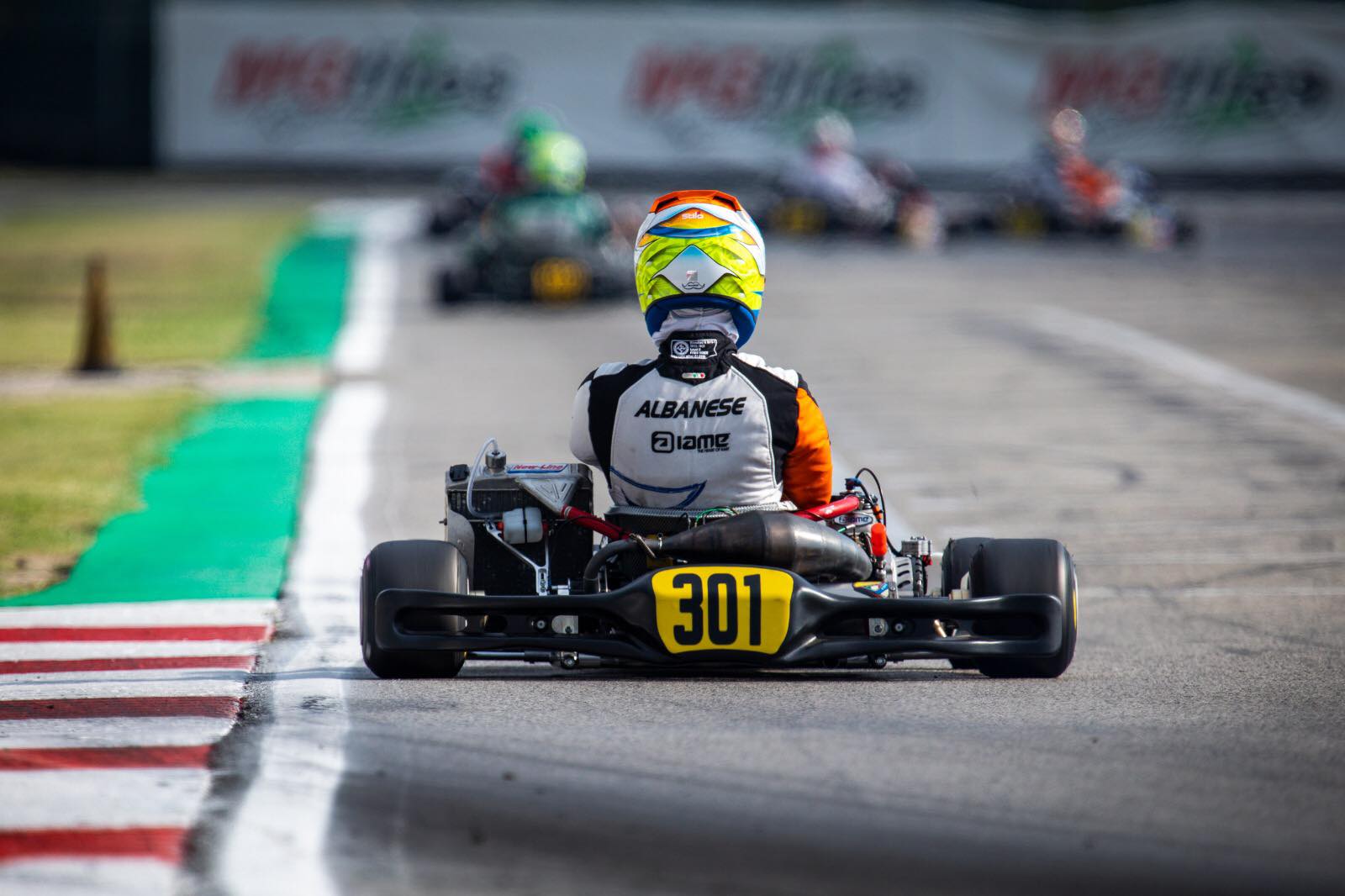 KZ2 - Albanese imposes himself
First verdict for KZ2 with the all-Italian pole position of Danilo Albanese (48.330). A practically perfect lap for the driver, who was able to find the best performance in the first timed session on the edge of hundredths compared to the rivals. Second overall time for the first of the Birel Art drivers, Giuseppe Palomba (48.402), virtual third place and pole of Group C attributed to the surprise of the day Samuel Luyet (48.444). Concluding the momentary top five with the best performances in groups D, E and F, Senna Van Walstijn (Sodi) first in the general classification, Giacomo Pollini (NGM Motorsport) direct pursuer in the standings, last pole for Jamie Day (Lennox Racing).
The battle has just begun in view of the great spectacle of tomorrow where someone could already mortgage the fight for the overall success.