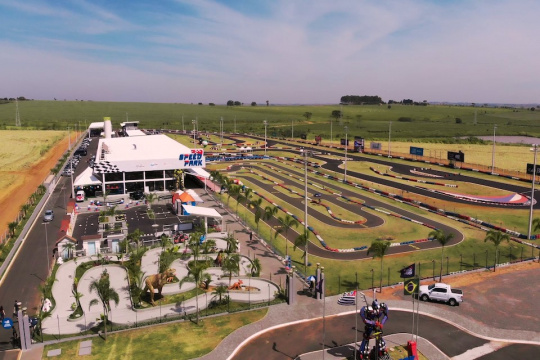 Author: Vroomkart International
The most important competition of the karting season, the World Championship race, is the subject of a clash between the FIA and the Constructors. And it's not the first time this has happened. (g.c.g.)
The FIA and the Italian karting Constructors find themselves in disagreement over the location of the World Karting Championship in Brazil, scheduled for December 5, 2021, an appointment already postponed for over a year due to the pandemic.

It is good to remember that this important stage at the end of the season was wanted by Felipe Massa as soon as he took office as President of the CIK. A desire that the previous president Abdulla Bin Isa Al Khalifa also managed to satisfy by bringing the World Championship to Bahrain in 2016.

This race in Brazil, however, seems to have been born under a bad star (namely a Covid-19 pandemic) and almost all the teams that hold the stage of international karting have never, over this past year and a half, expressed their slightest intention of going. That said, on the occasion of the third round of the European Championship in Sarno, the conditions for reversing the situation in favor of the teams' accession to the world championship seemed to be all there.
The organizer of the event, Ricardo Gracia, communicated to the press on that occasion that he had encouraged all the participants to take part in this competition by exposing himself economically as spokesperson for Brazilian investors, a significant effort that includes logistics and the "Hospitality" sector where the organizers would have guaranteed at their own expense, the transfers, the overnight stays of the drivers and teams, as already anticipated on our platform about twenty days ago.
But in truth, the Organizer had misunderstood the willingness of the constructors and teams to press pause on their actual decision to monitor the health situation and the effect of the vaccine campaign which, unfortunately, did not improve the situation in the successive two months. It must be said, in fact, that the majority of the teams have expressed their desire not to take part in the world championship event since the beginning of the season.

In the following race in Zuera, in fact, the most representative teams of the international event countersigned a document that formalized their unwillingness to participate in the World Championship in Brazil. The difficult health situation in Brazil in relation to the Covid-19 pandemic is certainly a valid reason to dissuade the Circus from going. A justified concern, it must be said, as was the one that ended up postponing the event from 2020 to 2021, always due to the Covid-19 pandemic. The fears for the health situation are shared not only by the individual team managers, but also by the team staff (many have not given their willingness to travel to Brazil) and by the drivers' families.

The signatory cartel would have liked the World Championship to have been hosted in northern Italy, obviously. On this point, the teams also had the support of the promoter (RGMMC) who in Zuera had presented the teams with a possible plan "B" by moving the event to Italy, this in consideration of the fact that 70% of the teams' staff is, indeed, Italian.

But the FIA did not want to submit to this imposition and, regardless of what the signatory teams of this petition may want to do, it has already issued a statement in which it reiterates holding the Karting World Championship at the Speed Park in Biringui as scheduled.
A clash that could degenerate into an even more dangerous stance or re-positioning for professional karting under the aegis of the FIA.
Who will win out in the end? It will certainly not be good for the image of karting, which in these situations of conflict finds itself paying the highest price. The not very reassuring aspect of this story is that the Federation did not want to consider a request from the constructors made unanimously which is also, and moreover, based on objective difficulties.
The World Championship in Brazil will be take place, the FIA assures, with or without the Constructors. We shall see.