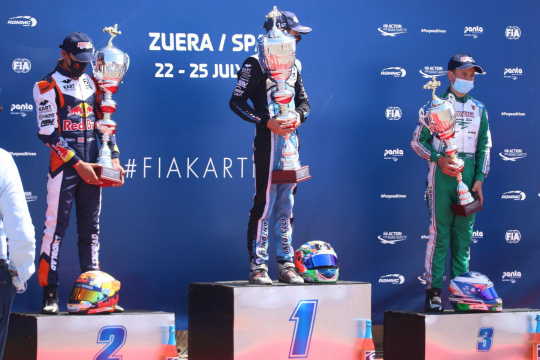 Author: Vroomkart International
The OK and OKJ European Championship ends with the Spanish weekend in Zuera. Andrea Kimi Antonelli and Freddie Slater are the new European Champions.
The great expectation of the eve of the race finally confirmed the initial prediction without any reversal, awarding the European Championship to the two drivers who deserved it more than the competition over a long period of time. In any case, the weekend was incandescent and highly tense, which now leaves room for the long road that will lead to the reopening of the FIA Karting directly at the end of the year in Brazil.

OK - ANTONELLI BIS
The Italian driver completed the weekend he wanted, planned down to the last detail to celebrate his second European Championship in a row. After his three wins out of four in the heats, Antonelli made pole position his own for the final, which he administered with great expertise right from the start. After the first few metres, Antonelli was forced to give way for a few corners to Arvid Lindblad, immediately retaking the Englishman and pushing on after the yellow flag. An incredible pace that left no room for imagination for any of his opponents, who were never able to set the Italian driver's record laps. Under the checkered flag were five seconds of advantage inflicted by Antonelli on the competition, starting from his rival Arvid Lindblad, who was good at keeping the level of competition high. Third place for Tuukka Taponen, who was on the rise, and fourth place for Rafael Camara, who was applauded for having been able to straighten out a difficult situation after Sarno, taking the title of Vice-Champion of Europe and displacing Lindblad on equal points. Top five of the race obtained by Matheus Morgatto with sixteen overtakes compared to the start. 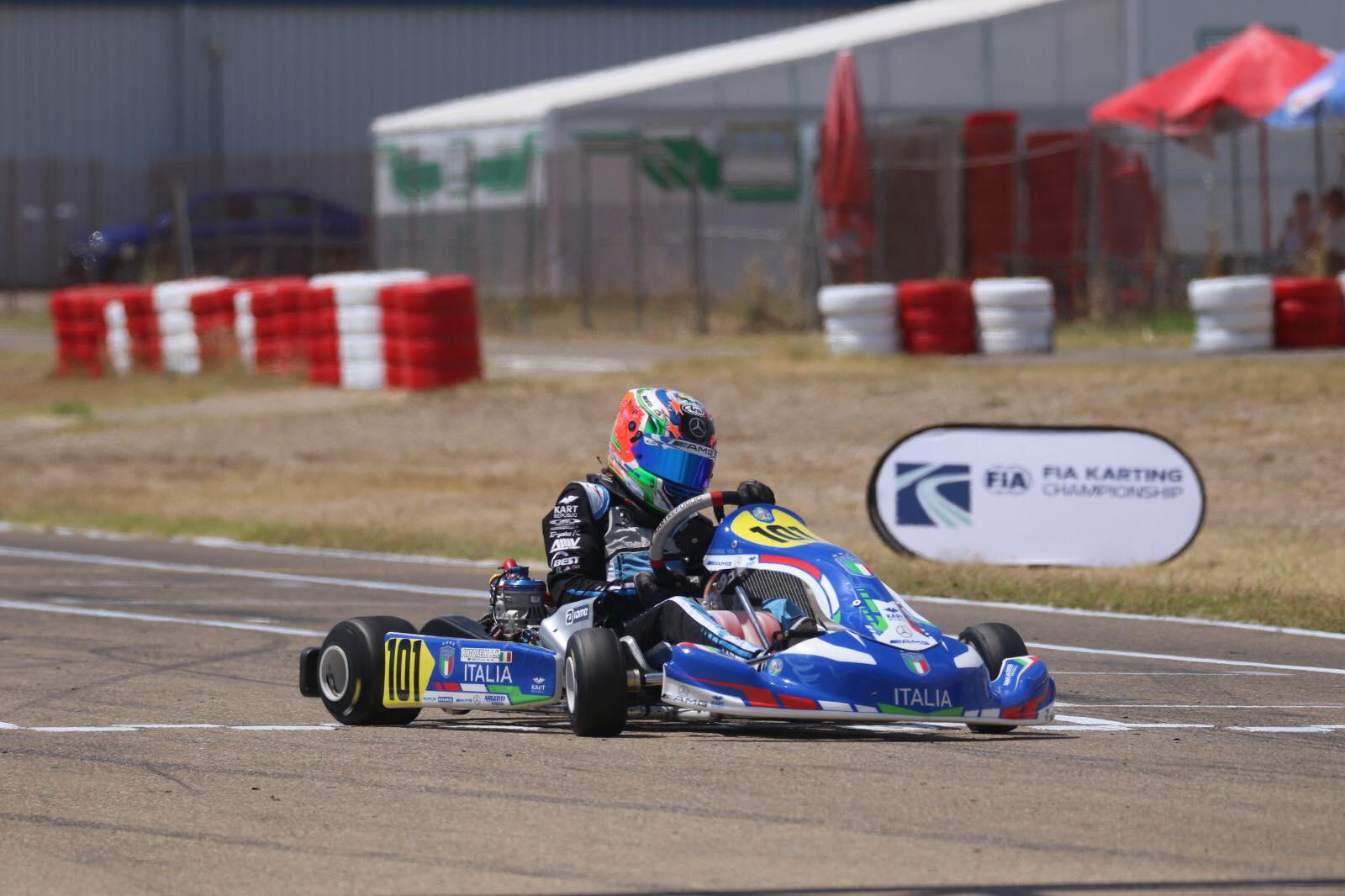 OKJ - SLATER, NOW IT'S YOURS
The Junior final literally set Zuera ablaze with a battle full of emotions. After the pole position for the final obtained thanks to the heats, Freddie Slater had to sweat and suffer before he could become European Champion after last year's World Championship. When the lights went out Slater took advantage of a pole start to try and break away, which lasted just seven laps before the winning attack from a surprising Tomass Stolcermanis, leading the race on lap eight. That momentum was halted by a returning Ean Eyckmans, who lurked in the early stages before coming out on top six laps from the end. During the frantic phases, however, no one was able to take the lead, crystallising the race on general uncertainty until the last dramatic lap. It was a high-flying battle between Eyckmans, Powell and Slater with the latter phenomenally crossing the line to win over both rivals with just a few corners to go, going from third to first. Slater's move literally blew the competition away, especially Jamaican Powell, who was involved in a fatal collision with Stolcermanis and out of the race. Freddie Slater, thanks to a manoeuvre that will most likely be considered the overtake of the season, crossed the finish line without any mistakes, finishing first and European Champion. Second Eyckmans, third place for Maksim Orlov with fourteen positions recovered, fourth James Egozi and fifth Rashid Al Dhaheri. Matheus Ferreira was forced to retire after the first few laps but was automatically vice-European Champion ahead of Eyckmans in the overall standings.