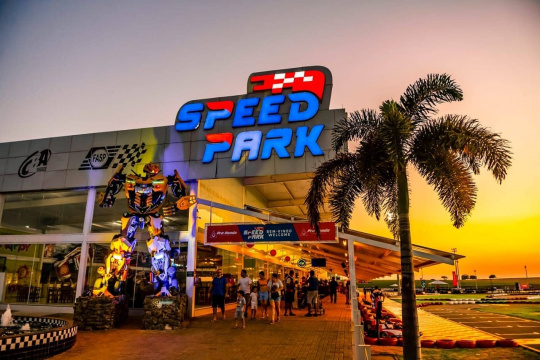 Author: Vroomkart International
The Brazilian World Championship project for the OK and OKJ categories is starting to heat up and the organisers are confirming this.
After last year's cancellation due to COVID-19, the staff of the Speed Park of Biringui and the Federation itself have never lost faith in the possibility of bringing great karting to South America. A desire that has always been clear and in Felipe Massa's plans from the first day of his FIA Karting presidency, the same desire that has pushed both parties to work hard to bring to fruition an innovative and above all concrete project.

After the postponement to the weekend of 5 December, the paddock was buzzing with rumours that the organisers were stalling and then cancelling the event: wrong. The event organisers have in fact clarified that the change of date is simply due to a question of organisation and visibility, since in October, when the World Championship was originally scheduled, the FIA had already scheduled the "Motorsport Games" in Marseille. A "tactical" change, if you like, which will bring the FIA Karting season to its grand finale in the last month of the year.

In addition to this, the project put on the table by the Speed Park staff and officially illustrated to teams and insiders (all of whom already agreed on the desire to take part in the race) left no doubts as to the feasibility of the event. A race that the Brazilians want to see first and foremost as a big event, the second biggest after F1 at Interlagos, in complete safety and with great prominence for everyone. A major effort will be made in terms of logistics and hospitality, where the organisers will guarantee, at their own expense, transport and accommodation for drivers and teams. More details that we will bring later on but that let us understand the fine workmanship of what is preparing to be one of the biggest events of the last years, not only with the presence of European teams and drivers but especially of other South American realities and not only ready to show off.

As far as the COVID-19 situation is concerned, of course, no one is yet certain about the course of contagions or anything else, but what is certain is that Brazil, and above all the organisers of the World Championship, have put in place all kinds of sanitary measures to create a real bubble to which the public and other people will have minimal access, precisely to recreate the same safety status already provided for in Formula 1. The numbers of contagions are not reassuring, but they must be seen in relation to the high number of people living in Brazil, which is an important note in the overall picture of the situation.

In order to monitor the situation and to help teams and drivers or international shipments (chassis and materials for the race), the Speed Park has recently launched its own constantly updated website, which we invite you to visit: www.mundialdekart2021.com.br.