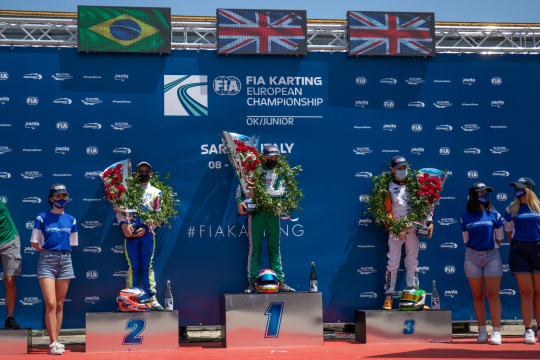 Author: Vroomkart International
Two thrilling finals at Sarno and an almost overturned general classification. Keeble triumphs at the photofinish in OKJ, Antonelli wins in OK and becomes leader.
The expectations of the eve of the race have been completely fulfilled, considering the great show that took place in Sarno today. Very high temperatures, hot asphalt and twists and turns around the corner, all basic ingredients worthy of a European Championship, now even more spectacular with only one race to go.

OKJ - Keeble, what a victory, Slater what a mockery!
The Junior left everyone speechless after one of the most spectacular finals of the last seasons. A surprise pole position for the Russian Anatoly Khavalkin, protagonist of the heats and of the very first stages of the race before being attacked by Alex Powell, who started very well behind him. After the usual settling down phases, the Junior final was fully ignited with the arrival of the leading players Matheus Ferreira and Freddie Slater. The Brazilian was the protagonist of the central part of the race, leading it without problems until the arrival of Slater, author of the miracle after the start from the twelfth position, pulling with him also the compatriot Harley Keeble in turn in great recovery. The final four laps of the race were more decisive than ever with Slater coolly and surgically taking the lead over Ferreira, who was also overtaken by Keeble. Decisive twist directly on the straight of the finish line with the RFM driver launched towards victory and perhaps hasty in celebrating with his arm in the air from the start of the straight, a devastating move for the purposes of the classification that, in fact, allowed Keeble to get even closer taking advantage of the wake triumphing at the photofinish for +0.002sec of gap. An incredible gap that gives even more value to the race all the assault of the British duo, third Ferreira, fourth Khavalkin and fifth Yevan David. 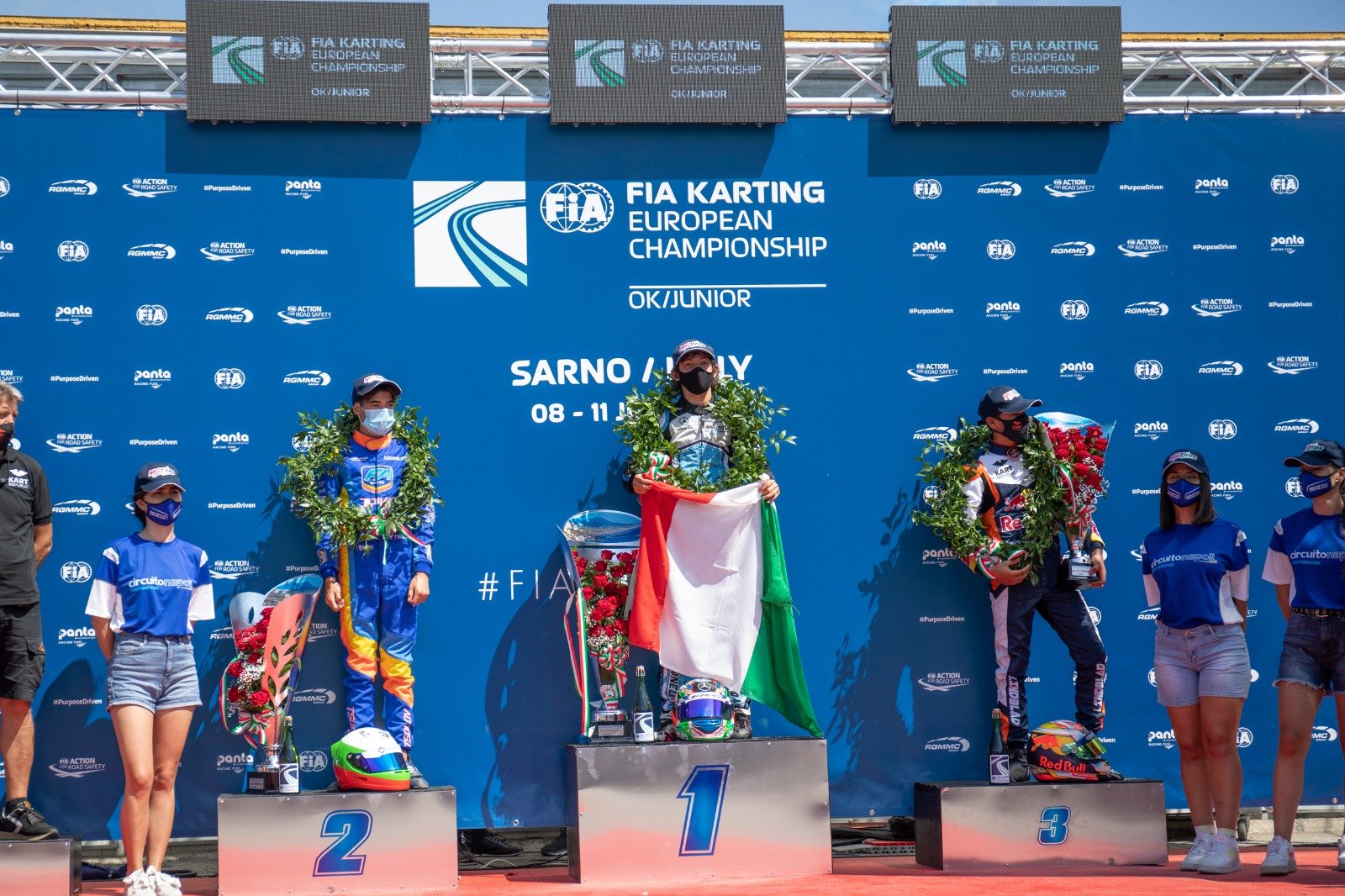 OK - Antonelli leader of the general classification, Camara out
Andrea Kimi Antonelli has completed a weekend as a protagonist. The driver from Bologna left no doubt about his intentions, which was to repeat last year's success in the European Championship. After the start, however, was Nikola Tsolov to take the scene starting from pole position and leading the race authoritatively in the first half. Antonelli's comeback was good, lap after lap without making mistakes until the decisive overtaking move, valid for the stage victory, the second in a row after Essay. The Italian also managed to overtake Rafael Camara in the overall standings, who was never fully competitive this weekend and was out of the final due to a technical problem. The podium was completed by Arvid Lindblad, still in the top 3 after his comeback. Top five went to Evan Giltaire and Norton Andreasson.
RESULTS 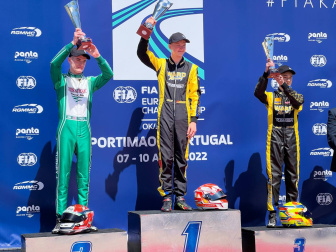