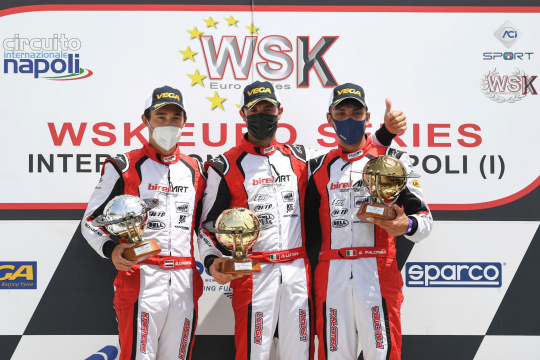 Author: Vroomkart International
After the great start to the European Championship, Birel Art celebrates the WSK Euro Series weekend at Sarno with a hat-trick in KZ2 and the OK podium in the general classifications.
Birel Art continues its march, making opponents in the queen class tremble, but not only. With the Sarno weekend, the Lissone-based team also ends the WSK Euro Series in style, scoring a hat-trick of thickness and power.

Riccardo Longhi also takes home the title of Champion in the WSK Euro Series thanks to the great path in the three scheduled appointments. On the International Circuit Napoli, the Birel Art Team Manager confirmed his great shape, regularly staying in the first positions of the grid until the fourth place in the final, enough to win the title. A success that Longhi shared once again with Marijn Kremers in second place overall, despite not competing in the last race at Sarno after the accident at Wackersdorf that had forced him to retire. Third Giuseppe Palomba, author of the second place in the race on his home track.

It's a big party also for the Birel Art chassis of Jordon Lennox-Lamb's team thanks to the return on the first step of the podium for Pedro Hiltbrand. The Spaniard proves to have by now reached a great level of feeling with the new vehicle, running for protagonist also for the next European races. Fourth position in the overall standings behind his colleagues in red. Piccini (Birel Art) and Van Hoepen (Lennox Racing) in the top ten overall in P6 and P10.

The OK category ends with the third place overall of the Polish Tymoteusz Kucharczyk for the colours of Robert Kubica. 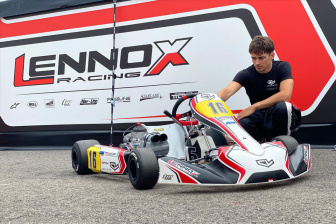 Charles Leclerc, between Formula 1 and Karting 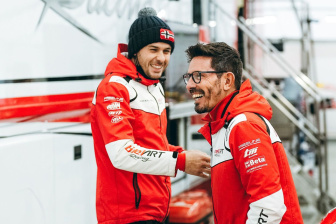 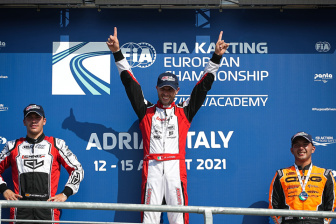