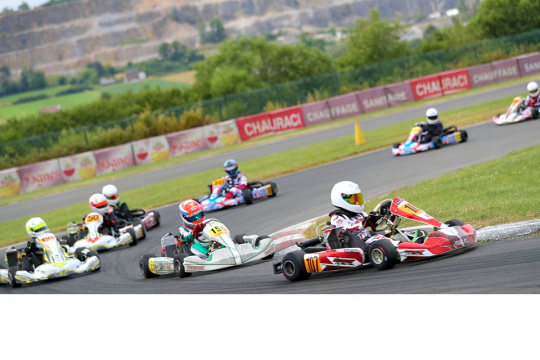 Author: Vroomkart International
After nearly three months, the BNL Karting Series will return to action, as the 1,366-metre circuit at Karting Des Fagnes comes back to the calendar after first appearing on the schedule in 2019.
It also sees the best part of almost 115 drivers from 12 different nations head to the Namur region, which also sees the welcome return of both Micro and Mini MAX competitors.
A reduced entry fee has been provided as one of the incentives to compete in the second round of the season for both classes, who were both missed at the first round back at Karting Genk.
But along with this, the weekend winner in each class will also secure a place at the Rotax MAX Challenge International Trophy, which takes place at Le Mans between the 27th and 31st of July.

Defending Euro Trophy champion Kaï Rillearts leads the way in Junior Rotax by a single point ahead of Latvia’s Tonass Stolcermanis, with the Netherlands’ Matthijs Terlouw completing the top three in the standings.
It is a British 1-2 in Senior Rotax, with the Strawberry Racing pairing of FIA World Champion Callum Bradshaw and Mark Kimber leading the way on 95 and 77 points respectively. Belgian racer Luca Leistra, who remains with Bouvin Power, completes the top three, a single point ahead of defending champion Sean Butcher from KR-Sport.

DD2 sees defending champion Glenn Van Parijs lead the way to Mariembourg in the standings, ahead of multi-time world champion Davide Foré by 22 points, with Euro Trophy champion Xander Przybylak in third, a further 22 points adrift.
“De Bakker,” aka Carl Cleirbaut, is back in top form, and leads in DD2 Masters on 90 points, just a mere nine ahead of defending champion, France’s Rudy Champion. Estonia’s Priit Sei completes the top three in the classification, 24 points behind Champion.
Drivers are ready to race back at this fantastic circuit, which has a welcome technical challenge and a fast and flowing nature, as all races and qualifying sessions will be covered via livestream, directly from the track between July 3rd and 4th.