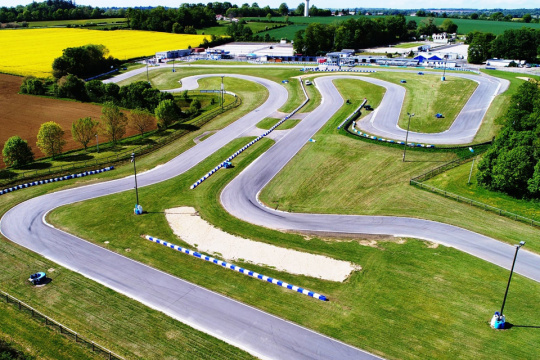 Author: Vroomkart International
Official Qualifying completed at Essay, Rafael Camara (OK) and Freddie Slater (OKJ) start from pole position.
The French karting track opened the second round of the FIA European Championship with the first time attack of the weekend for the two leading categories.

OK - Camara always in front
After dominating the first weekend at Genk, Rafael Camara started from the absolute pole position of the French weekend. 46.200 on the chronometer valid for the supremacy of group A ahead of Andrea Kimi Antonelli with the second time, third Artem Severiukhin. The last two pole positions went to home driver Evan Giltaire and Arvid Lindblad in groups D and E.

OKJ - Slater already unbeatable?
Also in the Junior category it is the winner of Genk who starts from the first place. World Champion Freddie Slater seems to have no rivals up to this point, perfect lap for the Englishman in 47.937 and useful to grab the pole. A surprise second time for Latvian Tomass Stolcermanis on pole for Group B, behind him again a good William Macintyre in Group C. The last three pole positions went to Arthur Poulain, Alex Powell and Maxim Rehm (groups D, E and F).

Appointment tomorrow with the day dedicated to the group heats, visible in streaming on the site fiakarting.com. 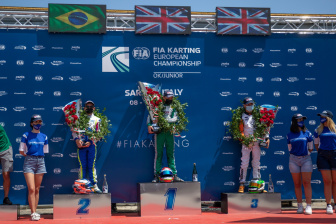