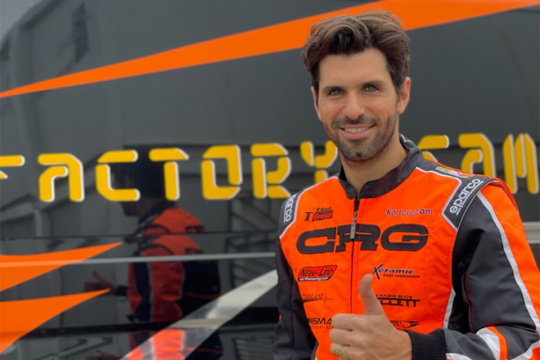 Author: Vroomkart International
The former Formula 1 driver has made official his commitment with CRG for the FIA European and World Championships and much more.
CRG has just announced that it has reached an agreement with Jaime Alguersuari for the 2021 season. The Spaniard will become a full-fledged driver of Giancarlo Tinini's team, after the long rapprochement and the rumours which already announced the decision a few weeks ago.

The Spaniard driver will be back on track and in karting with a first level calendar which will include the FIA European Championship (soon to be staged in Wackersdrof and then in Adria), the World Championship of Kristianstad (Sweden) and also the CEK - Spanish Championship with the support of the CRG MDC Racing team and Karting El Vendrell. Several stages which will engage Alguersuari at 360° in order to be ready for all the top races after having put together a good progression in the "pre-season" tests.

The driver will obviously join CRG drivers Jeremy Iglesias, Alex Irlando and Paolo Ippolito in the KZ season of the official team.

Jaime Alguersuari: "After a five-year break from racing, I rediscovered the pleasure of driving on the track and the adrenaline of competitions, aspects which karting represents in an exceptional way. Driving a kart is fun, demanding and fascinating. The challenge I have in front of me is exciting and being able to share it with a prestigious partner like CRG gives me a lot of confidence. I have a very competitive spirit and, if I start this new project, it's because I'm determined to get great results".

Marco Angeletti, CRG Marketing Manager: "The first time we talked to Jaime was through Sete Gibernau, who uses our KZ karts in his private track in Barcelona: he told me that Alguersuari was training on his track and would have been pleased to do a test with our official team. In a short time we organised it, but we didn't think to find a driver so determined to come back to racing immediately and, above all, so competitive. After the test at Lonato everything was very quick and natural because Jaime is perhaps more motivated and determined today than when he was racing in F1, so discussing sporting programmes and how to deal with them was very easy. The fact that he is a well known person and that with his work in the music field he is also very popular with young people is an added value of this collaboration, but certainly not a determining factor in our agreement. With him our KZ team has been further strengthened at the beginning of the season and we are all determined to make sure that this cooperation will bring excellent results in a short time".