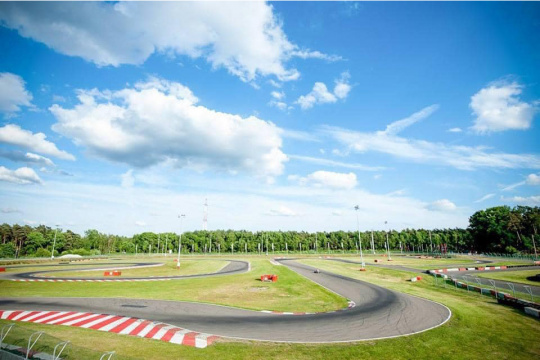 Author: Vroomkart International
The competition organised by RGMMC has reached its first stage in preparation for the OK and OKJ European Championships. Blum (OKJ) and Lindblad (OK) in pole position.
On the Home of Champions circuit of Genk, OK and OKJ drivers are ready to kick off their international season with the first race which will prepare them for the FIA European Championship. James Geidel and all the RGMMC staff take the wraps off what will be the great show we will live from the weekend of 16 May onwards with the first weekend of competition on the Belgian track.

The big news brought by the FIA in the previous days is the official announcement of MG Tires as exclusive manufacturer for the 2021 tyres. Both classes are already using MG Tires during this weekend, preparing even better for the debut of the continental competition.
The Champions Of the Future experienced its first official qualifying in the early afternoon with the first values on the field already made official by the stopwatch.


OK - Lindblad sets the pace
The Senior category also got off to a serious start at the Genk circuit with four group pole positions and plenty of tussle awaiting the next official heats. The Red Bull driver, Arvid Lindblad (KR), set his own pace with the best time of 51.853 putting a tenth between him and Andrea Kimi Antonelli (KR) in second place overall. Followed in third and fourth place Nikola Tsolov (DPK) and Luigi Coluccio (Kosmic).

Heats expected in the afternoon for the Junior and program of direct clashes expected from tomorrow for the Senior.